Gills defender Barry Fuller praised the Gills for winning two league games at home back-to-back and says they must now look to improve on their brilliant couple of weeks.

“We played against the league leaders and if you don’t stand up to them it could be a long 90 minutes but we won a lot of battles," Barry said. "Everyone to a man was a credit to this football club because we battled hard against a strong team."

Fuller, who received a commemorative plaque from Gills Chairman Paul Scally before the game after making his 200th appearance for the club in August, said that his team mates have the character to build on their recent three game unbeaten run.

“We dug in because the first hour of that game was tight and bit ugly but we carried on working hard and in the end we scored two great goals that got us the win and now we can hopefully build upon that moving forward, with Bristol Rovers away on Tuesday evening," he added.

On a personal note Fuller admitted he felt proud to receive the award pre-match but he is also keen to keep working hard and keep his place in the team.

“It makes you very proud when you receive the plaque and the chairman and manager have some nice words to say about you. It is great that the supporters were singing my name at the end. This club has a special place in my heart and I enjoy it today as much as I did day one when I first walked through the door." 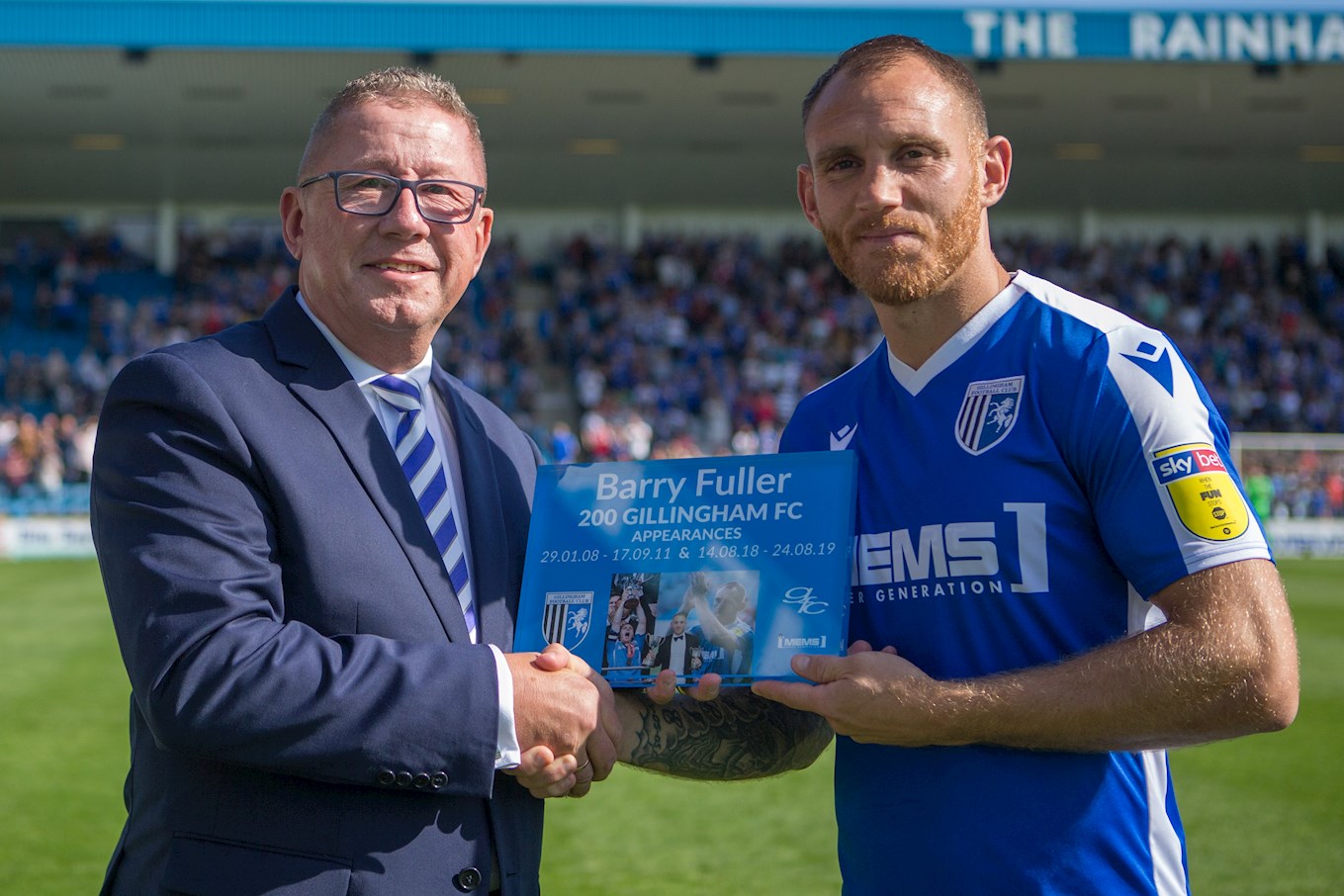 Tuesday night sees the Gills travel to Bristol Rovers looking to build upon their win over Wycombe, but Fuller appreciates it won’t be an easy task.

“Bristol Rovers on Tuesday night is a difficult place to go. We always seem to play them away on a Tuesday night, do we ever play them on a Saturday!? We are looking to go there and build upon Saturday's win though."