Gills prepare to take on Fleetwood, their first of three successive away fixtures.

Steve Evans is likely to name an unchanged starting 11 for the third successive game following Saturday’s impressive win over Ipswich.

Vadaine Oliver is a man in form and is set to continue up front, supported by Olly Lee, Jordan Graham and Tom O'Connor.

Simon Grayson is unlikely to make changes too after picking up seven points in their last three games.

However, the Fleetwood boss alluded to the strength his bench possesses and the likes of Janoi Donacien, Sam Finley and Paddy Madden could all slot in if needed.

Steve Evans - “Fleetwood are in great form under Simon Grayson.

“They won easily at Shrewsbury on Saturday and easily at Lincoln last week, so that clearly shows the size of our task.

“Full of top players assembled at a big cost will, as I said, be tough for us but we must continue to focus on ourselves and that means being fully prepared as an individual and a team.”

Simon Grayson - “We rest up now ready for a physical challenge against Gillingham on Tuesday, but also hoping to build on some good results.

“We’ve taken seven points in the past week and if we’d scored a penalty against Accrington it could have been three wins on the bounce.”

The last meeting at Highbury was in December 2019. A late Alex Jakubiak goal rescued a point for Gills after Paddy Madden had given the hosts the lead.

Fleetwood lead the head-to-head with six wins to Gillingham’s four. There have also been four draws between the sides.

All UK subscribers can watch Tuesday’s game for a one-off fee of £10! Click the below graphic, or here, to purchase your match pass. Please be aware that you will notice a change to your regular commentary team. 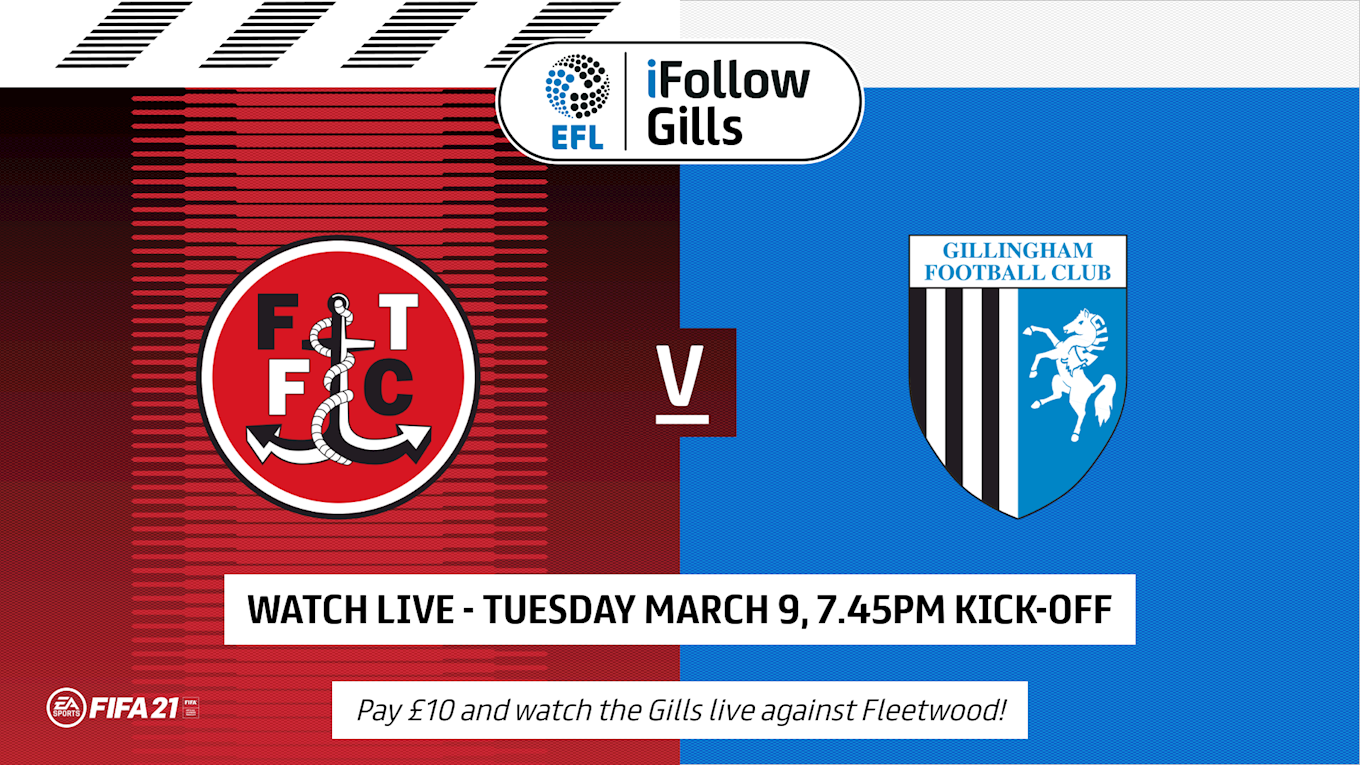