The midfielder was presented with his award on Tuesday

Josh Wright has been named as Gillingham FC’s PFA Community Champion for the 2016/17 season.
The 27-year-old was presented with the award at Gillingham’s training ground by Simon Hodge, Head of Football and Sports Development at the GFC Community Trust.
This season, Gills players and management staff have made hundreds of player appearances, including joining community sessions, supporting charity campaigns, and meeting fans and sponsors on match-days. 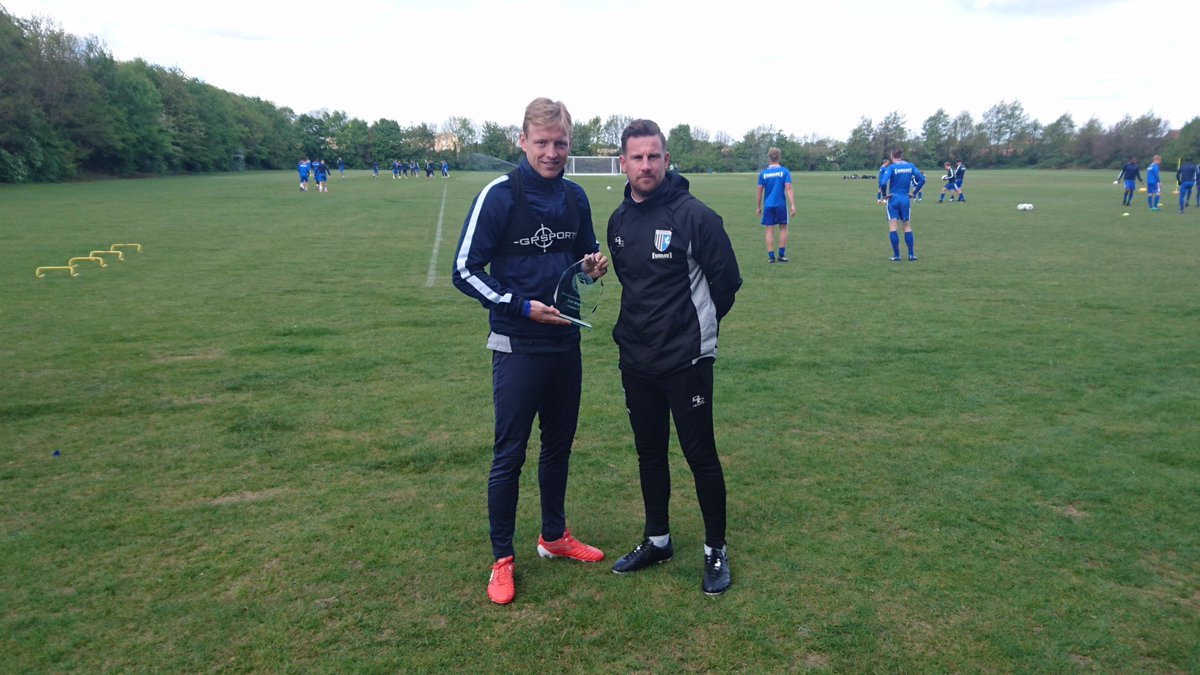 Josh is presented with his award
Josh has been particularly prolific figure this season both on and off the pitch.  A popular member of the team, he is always well received when he is out in the community.
Josh has actively used his position to support and promote projects led by the Gillingham FC Community Trust.  He’s a regular face at community events, including Soccer Schools, signing sessions, and our Christmas hospital visit, and is always keen to give back to the fans who support him and the club.  This season, Josh has also worked with the Trust to put his support behind several charity campaigns, and is a great role model for many of our young aspiring players.
As our player liaison, Josh has also been pivotal in arranging and encouraging team mates to support our community initiatives, bringing the tie between club and community ever closer. 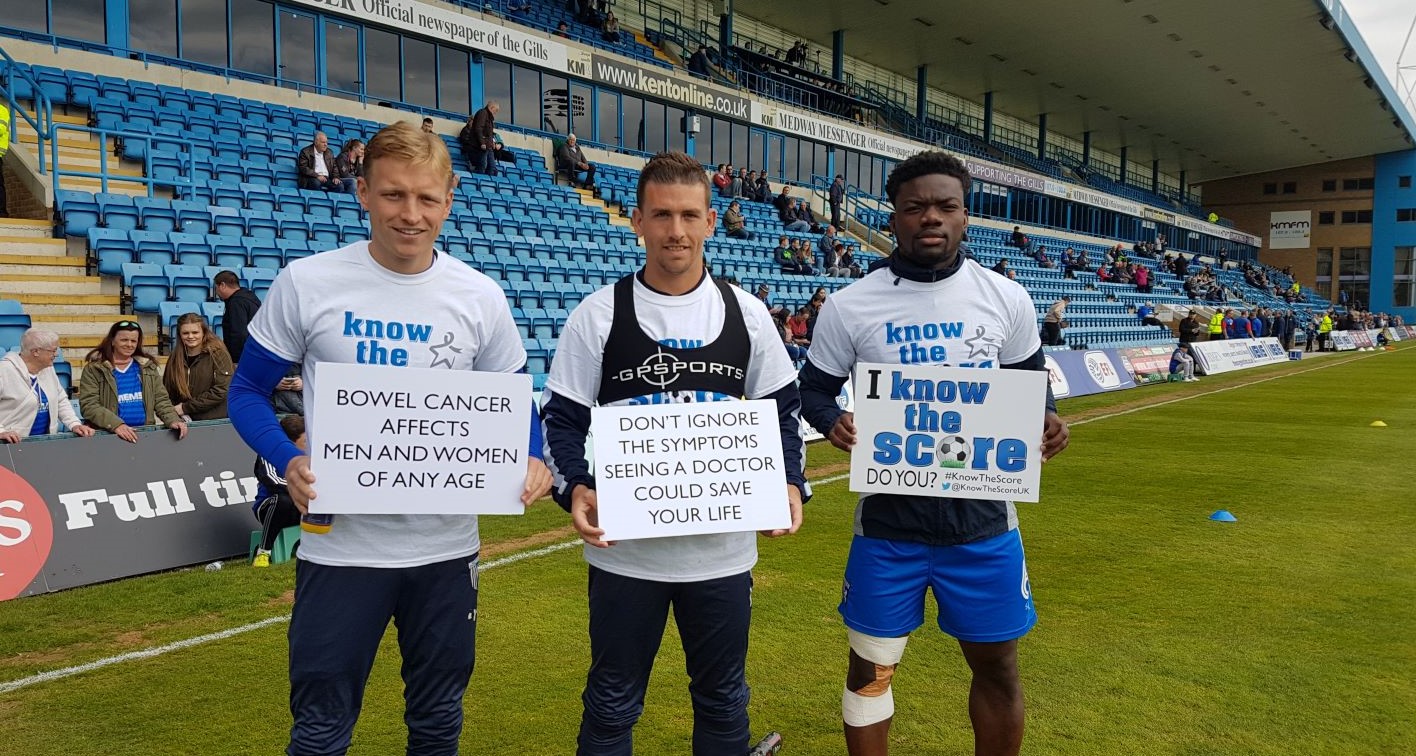 Josh encouraged fellow players to join our community sessions
Speaking about the award, Josh said: “I am delighted to be nominated for this fantastic award, and feel privileged to be able to help the community.  I think it’s a massive part of not just football but life in general, doing that little bit extra to help others that either look up to you or maybe need that extra bit of help in life.  It is always nice to do to put smiles on people’s faces.”
PFA Director of Corporate Social Responsibility, John Hudson said: “The PFA believes that players who make that extra effort and contribution during the season should be recognised for their support and involvement in the local community. This Award will hopefully raise awareness of the great contribution and importance many of our members attach to their roles off the pitch. We would like to offer our congratulations to Josh Wright for being this season’s recipient of the 2016/17 Community Champion Award for Gillingham FC.”
Congratulations to Josh on his award, and thank you to all of the Gills players and management staff who have supported our community work this season – we look forward to doing even more in 2017/18! 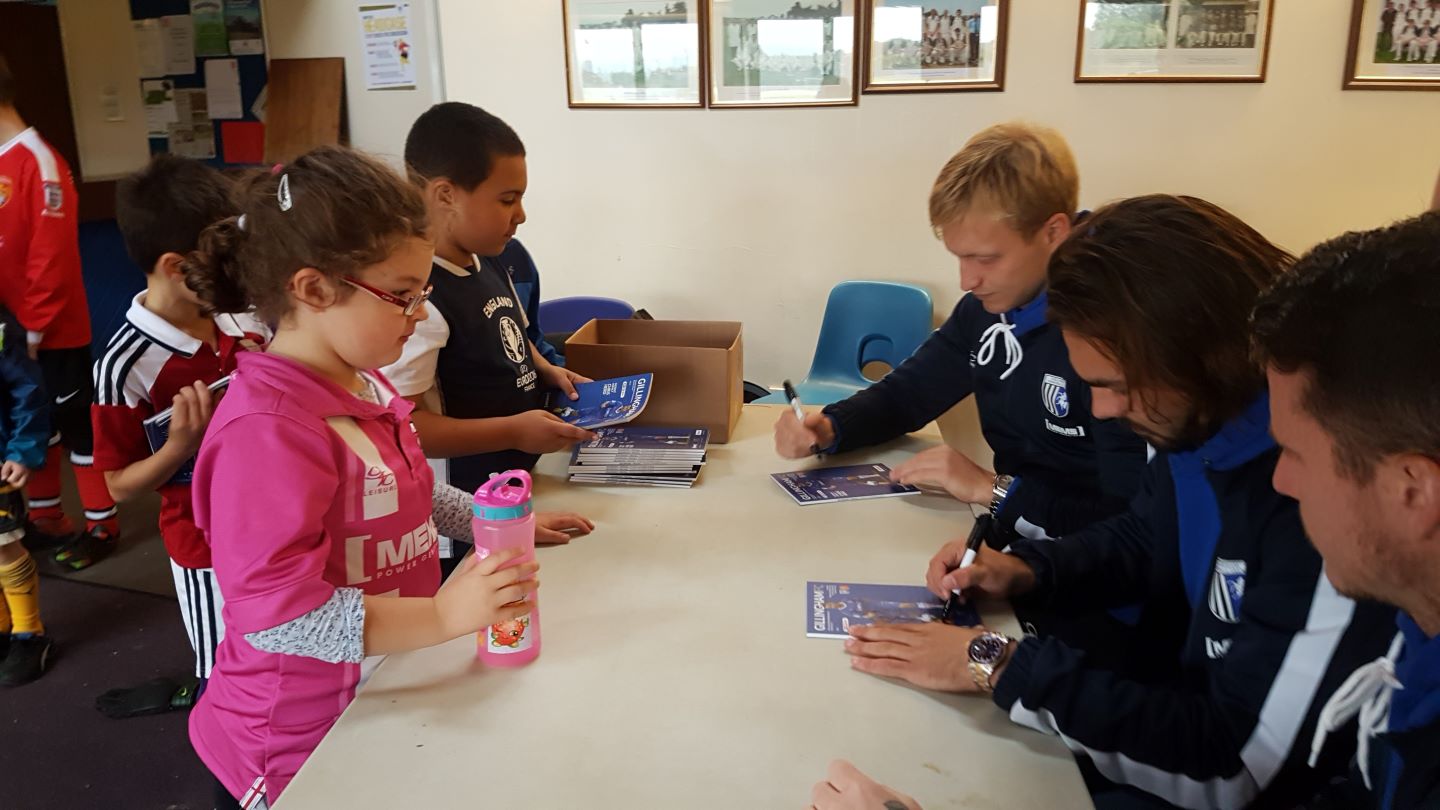