Tom Eaves nominated for Goal of the Month award for October.

Gills striker Tom Eaves has been nominated for the Sky Bet League 1 Goal of the Month award for October.

Eaves scored the opener against Portsmouth at Fratton Park on October 6 before Alex Lacey netted a second before the interval as Gills recorded an excellent 2-0 win over the league leaders.

The nominees in full are as follows:

Back to goal with a header dropping towards him, Eaves cushioned the ball with his left foot, looped it up with his right, then swivelled to flash home a left-foot volley. Samba style. 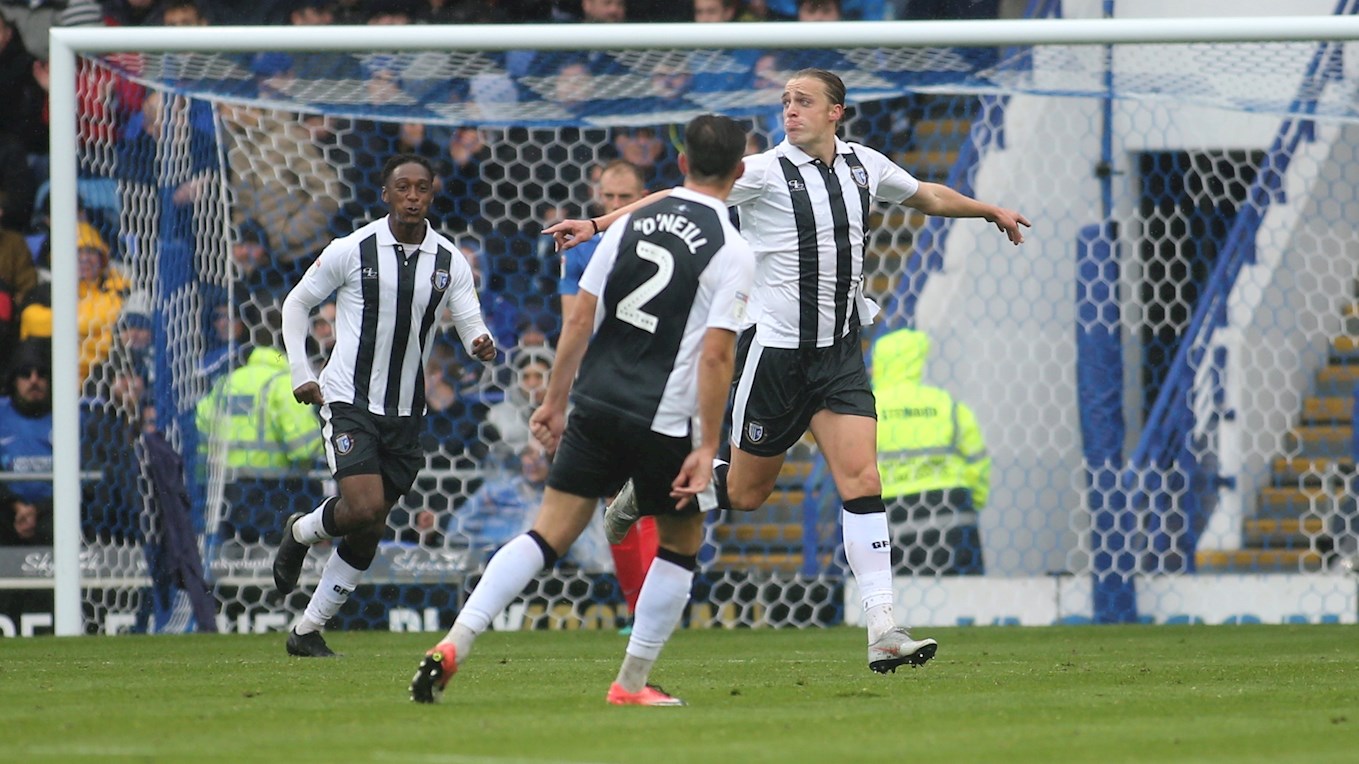 Loitering with intent to pounce just outside the area, Thiam seized the moment to intercept a clearance, take two touches towards goal and whip a sweet shot into the far corner.

A second straight nomination for Maguire. As he intercepted a pass in midfield and strode forward into space to shoot, the only question was which top corner he would choose.

The winners of the Sky Bet EFL Goals of the Month are chosen by a fan poll on skysports.com.

The shortlist for the poll is decided by a judging panel following suggestions from supporters via Twitter.

To suggest a goal to be considered for future Sky Bet Goal of the Month awards, fans can tweet details of their nominated goal to @SkyBet using #SkyBetGotM.