Huge challenge to be taken on by Gills fan!

Lyndsay Allchin will be taking on a monumental challenge, climbing Mount Kilimanjaro at the end of August for Cancer Research UK.

“Over 10 years ago I was sat in a safari jeep in Tsavo east, Kenya, when the guide turned to me & said “Can you see it?” He said it’s the biggest, tallest, free standing mountain in the world.

Lyndsay was unaware she was looking at the wrong mountain, until her guide suggested she look much higher in the clouds. It was at that point Lyndsay fell in love and said to herself ‘I’m going to climb you one day’.

Little did Lyndsay know then that 11 years later that’s exactly what she’s going to do.

“I cannot begin to tell you how I felt when I first looked at that mountain with my own eyes, I was in love!” she said.

On the 23rd August, 2019 Lyndsay will travel with her friend Natashia to Tanzania for 10 days with a company called Action Challenge.

“There are seven routes to summit Kilimanjaro and we’ve chosen a route called The Machame Route known as ‘the Whiskey Route’”.

This route will take six days to ascend and about two and a half days to descend. Lyndsay and the crew will be sleeping in tents and trekking for up to eight hours a day. Along with this the actual mountain itself is known to have its own weather, meaning Lyndsay will hike through all four seasons during her journey, making it an incredibly tough challenge.

“There’s going to be days where we’ll probably want to give up but that’s why I’m glad I’ve got a good friend to share this experience with as we will always be there to support each other when needed.” Lyndsay said.

Lyndsay has dedicated herself to this immense challenge with some serious training.

“It’s taking me two jobs and some serious saving to be able to climb this mountain and that’s before the training!”

Lyndsay starts the day at a very early 4.30am to get in her running training. You might see her running around town or sprinting alongside the A249 if you’re ever up that early!

“I even signed up to the gym which is a miracle in itself but then I remind myself it’s not just a 5k or 10k run anymore for Cancer, it’s a mountain climb. The tallest free standing mountain in the world, the roof of Africa! Then I smile & work harder.” 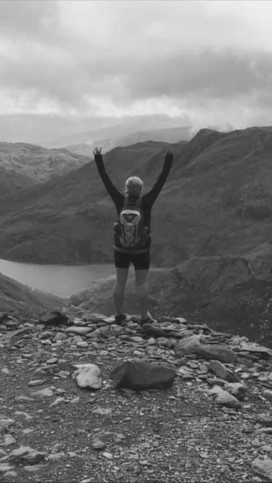 As Lyndsay’s training regime has grown and become more intense with Kilimanjaro looming, she has been fully dedicated, with 50K and 60K walks in local areas and climbs including Mount Snowdon and the Brecon Beacons in Wales. Training has pushed Lyndsay to her limits, but she believes it will all prove its worth in the end.

“Getting up fresh and early to venture from sunrise to sunset gives me a real buzz and the determination has set in since the turn of the year, to go and conquer the Mountain that I have always dreamed of summiting! Not to forget the body roller and the 100 sit ups a day that I put my body through, however it’s vital to progress my stamina and strength levels” said Lyndsay.

One big trek with Natashia coming up in July is the ‘Ultra Peak District Challenge’. Lyndsay and Natashia will camp overnight for two nights, to take part in another endurance battle.

“What a way to get both myself and Natashia ready for the hike in August, a huge trek as well as practicing our camping skills.”

Lyndsay will be climbing for Breast Cancer and Cancer Research UK.

“The reason for this chosen charity is that I’ve lost loved ones including one of my best friends, Sheena, at just 20 years of age. I’ve seen my loved ones lose their loved ones to this horrible disease and though I know this challenge won’t stop people losing their lives, it will help more people like my beautiful Mum and my amazing cousin Natalie beat it.

“They’re the real heroes. I couldn’t be any more proud of them both. They’ve shown they are the real fighters and if they can beat cancer then I can summit Mount Kilimanjaro in their honour!” 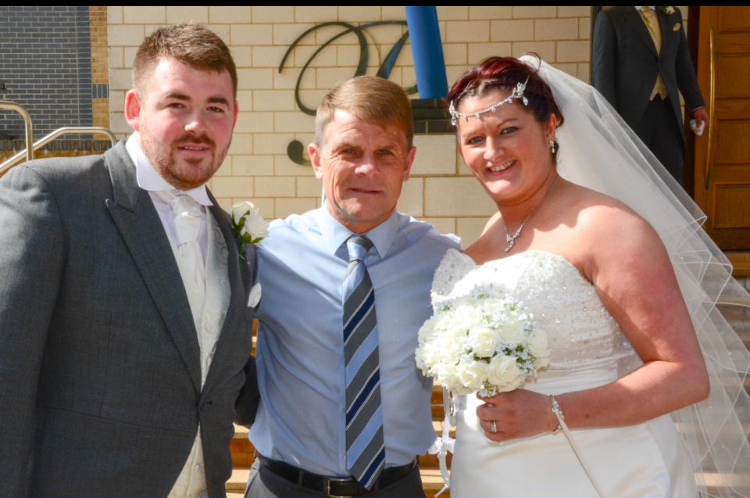 Please find below the link to Lyndsay’s Just Giving Page: