Stirring second half comeback completed in Bank Holiday sunshine in front of an electric atmosphere.

Gillingham coach Ian Cox praised the Rainham End for helping to rouse the team in a 3-1 win after a flat first half had left the hosts in trouble with Freddie Ladapo putting Plymouth Argyle one up at the break.

A bundled finish from Regan Charles-Cook and a header from Mark Byrne put the Gills back in control soon after half-time, however, before a cool finish from Brandon Hanlan wrapped up all three points in injury time.

Coxy put the improved second half performance down to a dressing room re-group at half time and a switch to electric pace up front with Elliott List and Tahvon Campbell coming on for the Gills. 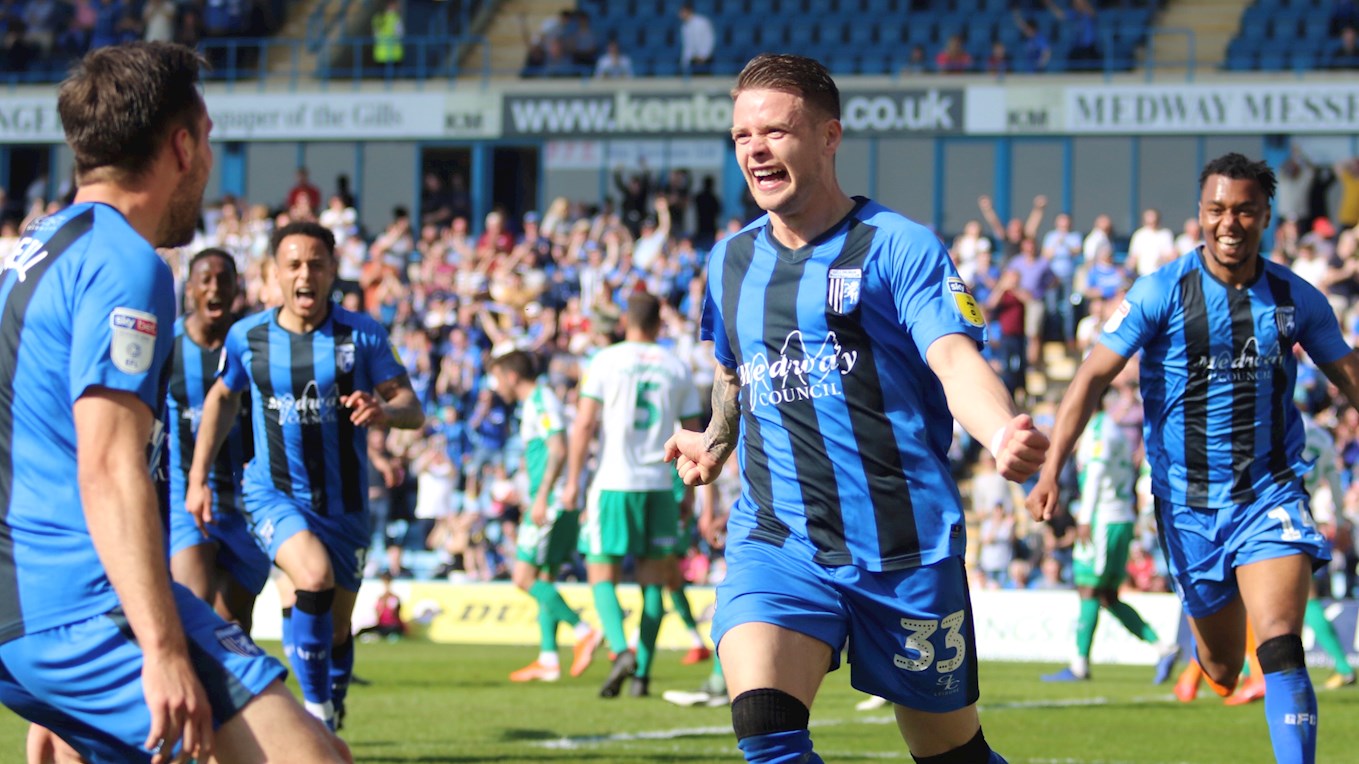 “The first half was a cagey affair, and we looked a bit shell-shocked [by the goal], but we managed to galvanise ourselves and dig deep within our resolve," Ian said.

“It wasn’t a heated dressing room. It was more of a case that they boys understood we were still in the game, we just had to re-group. We wanted to freshen it up and give them something different to think about – it was pure pace and that worries any defender.

“The boys stood up to the test out there, They were under a bit of pressure after last week’s defeat so it is a testament to their character.”

The atmosphere was bouncing at Priestfield and Coxy described his emotions when the third, decisive goal hit the back of the net in added time.

“There was an air of jubilation and a little bit of relief. Getting the three points was a joyous occasion and we’re over the moon that we managed to get the result.

“I try to keep unanimated but the emotions took over everybody really. You start a job at the beginning of the season, which first and foremost is always about securing safety, and you just want to complete that.

“The atmosphere was good today, very good. I commend the supporters. They could quite easily not have turned up after last week.

“They stuck by us, they were vocal – they acted as a 12th man today and really spurred the boys on and got them going.”

Finally, Coxy promised that the squad will not to be relaxing too much now safety looks more or less a certainty.

“We have still got to be professional in how we go around our daily routine. The last thing we want is to take our foot off the pedal.

“We can’t go to Bradford and rest on our laurels, we have to make sure that we are ready for another battle. There are a few niggles so we will have to wait and see how that works out – they will be assessed and then we’ll take it from there."