Chairman Paul Scally admits that there is a positive feel around Priestfield as the Gills prepare to begin their League One campaign this Saturday away at last season’s play-off semi-finalists Doncaster Rovers.

“Every Management team has their own style and like many managers they are very focused on detail and professionalism which is very important and they are very hard working and have brought a real buzz to the club both on and off the field.”

The Chairman hopes that this season will bring about a more positive vibe around Priestfield after “too much negativity” last season.

“Love and hate are very close in football but I think last season there was way too much negativity from way too many people, but there is already a lot more positivity this season. We have had a lot more positivity, the fans have seen a new side put together and maybe we will add one or two more before the end of August so I think you can see that everyone is very happy.

“Steve is very experienced and brings a lot of contacts, there is no substitute for experience and right now this club needed a Steve Evans style and we got exactly what we wanted.” 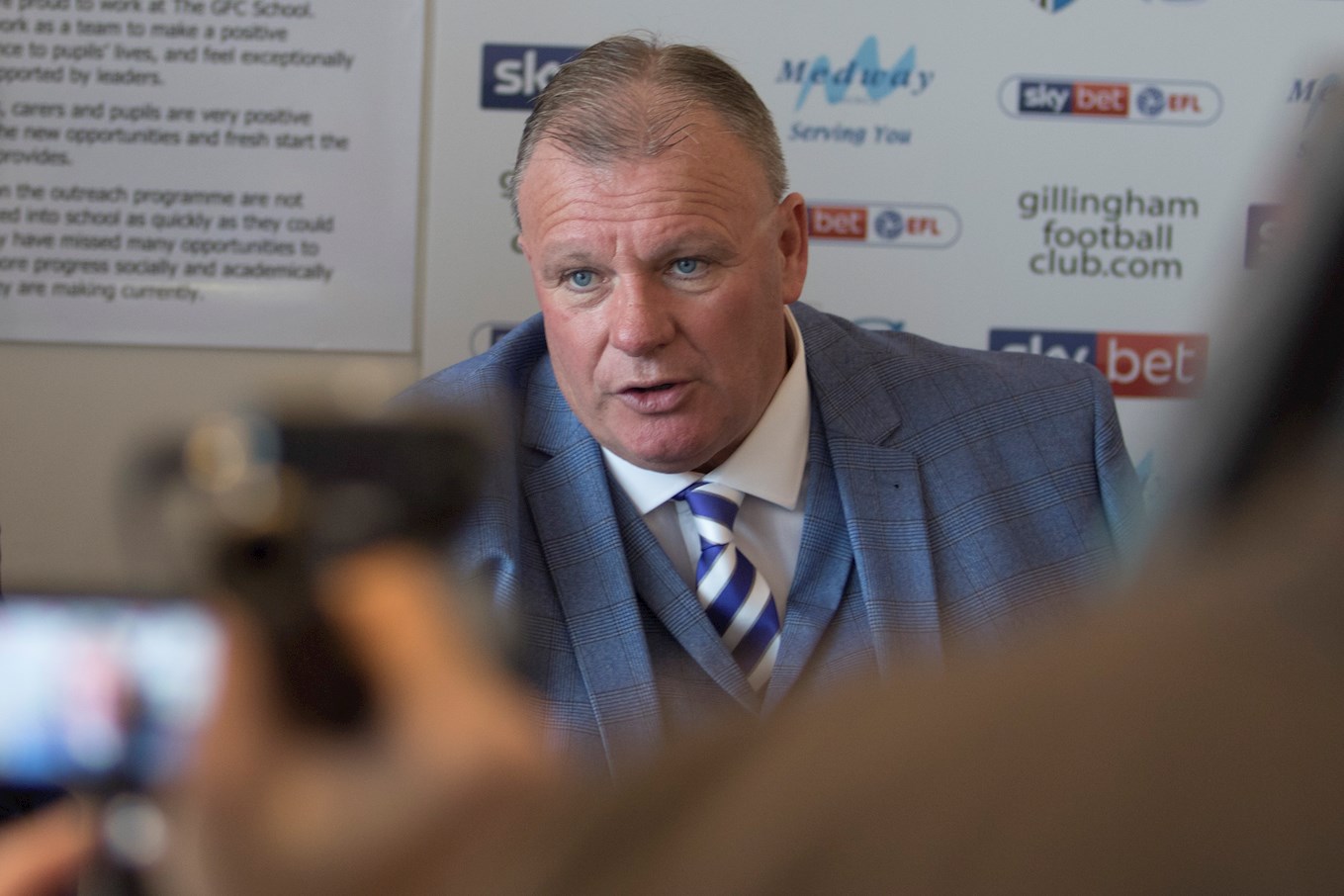 Scally praised the fans for embracing the club’s new slogan of #InThisTogether and said he was touched by one fans donation of two season tickets despite being unavailable to get to Priestfield this season.

“Season ticket sales have been fantastic and we have had people who have not renewed in a while come back and we have had new fans buying their first one so it has been really pleasing, but what has touched me was yesterday a fan dropped an envelope in at reception with enough money for two season tickets and explained he wouldn’t be able to come along this season but we should donate two season tickets to how we see fit……I want to send the man a thank you note.”

The Chairman also mentioned that Mark Patterson has left the club.