Centre-back eager to get started against Doncaster.

Newly appointed Gills captain Max Ehmer says he is excited to be the skipper ahead of the new season but says he would be a leader regardless of whether he was named captain or not.

The 27-year-old was named Steve Evans captain for the upcoming campaign on Tuesday and is relishing the opportunity to lead the club on the pitch.

“It is exciting to have it but whether I had it or not I would be a leader on the pitch, no one has a guaranteed place in this team and there is plenty of competition in the squad which keeps everyone on their toes.

“We’ve got a strong squad this year so everyone will be fighting for places. I’m a couple of years older now than when I had the armband under Ady (Pennock) and have a few more games under my belt and it was never that I didn’t want it, but maybe it was a responsibility that I didn’t think I was able to handle, but I think this time I can take it in my stride."

With this new role comes a responsibility that the new players at Priestfield settle in, and Ehmer says he is having no problem.

“We have a great bunch of players here this season and the team spirit is really good and everyone is looking forward to this season. We have been working hard towards the first game on Saturday and getting those three points." 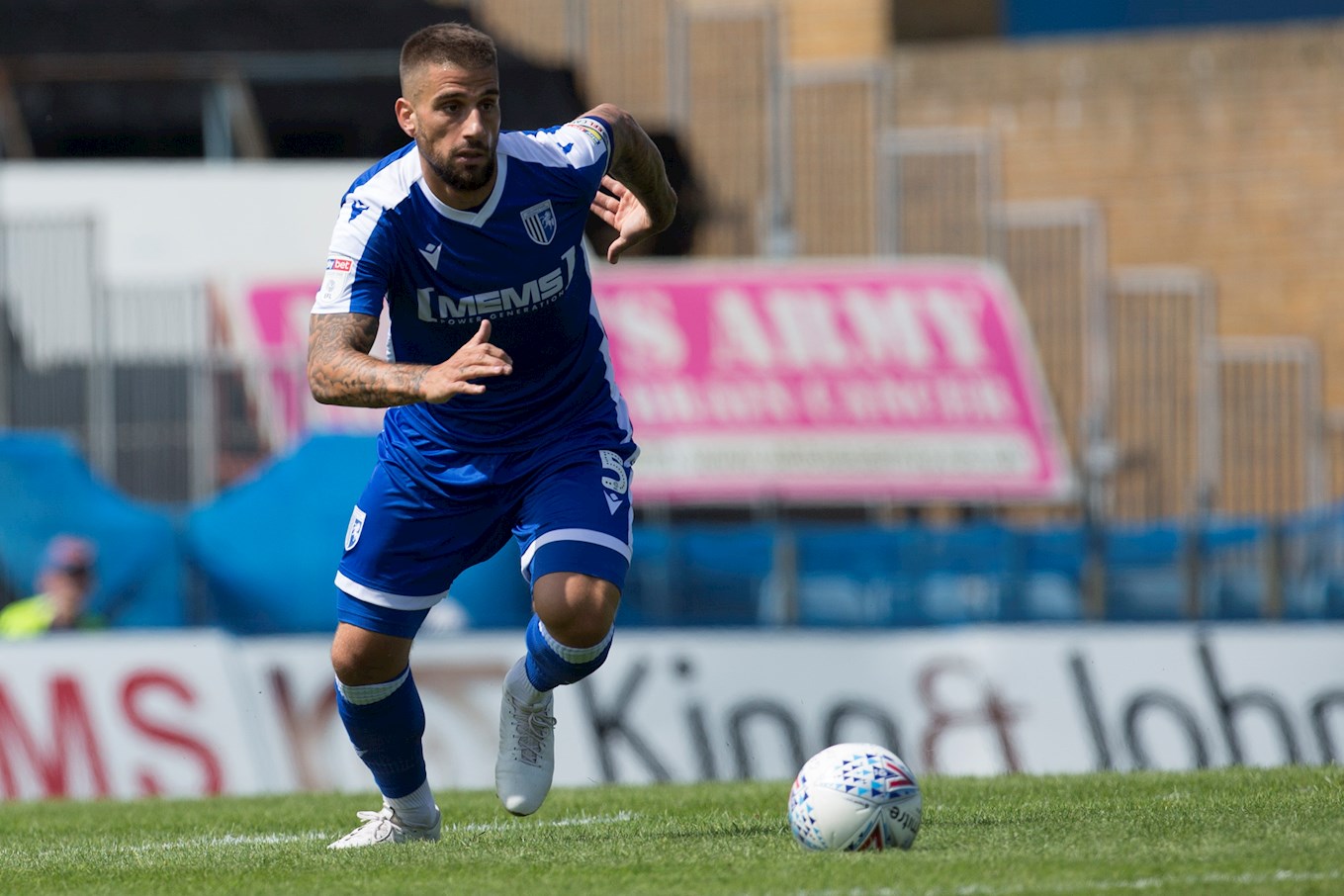 The defender said that pre-season was going well and he had never trained so intensely during any previous pre-season campaigns.

Looking ahead to the weekend's opening fixture away at Doncaster, Ehmer recognises the hosts will be a difficult encounter, even without former striker John Marquis who left the Keepmoat to join Portsmouth this week.

“John was a great player for them and we will have to play him at some point as he has joined Portsmouth but it will still be tough. They are a good attacking team that can pass but if we do our thing then we can get a positive result.

“We are confident that we can beat anyone and we are going there to do that but we have to make sure that we go there with the players we have and that they are 100% ready.”

With the season less than 48 hours away the new skipper believes that the Gills should be challenging at the right end of the table this time around.

“I absolutely believe that we should be chasing the top six and there is no reason why we can’t achieve that and all the boys certainly think that we can.

“We just have to concentrate on the goals that we have in our head which is obviously top six but it is about taking it one game at a time and that starts on Saturday against Doncaster Rovers."