Manager Steve Evans was bitterly disappointed after his side fell to a penalty shoot-out defeat to League Two Newport County at Priestfield on Tuesday night, which resulted in the Gills being knocked out of this seasons Carabao Cup at the first hurdle.

The Gills had led 2-1 going into the final minute of additional time when referee Trevor Kettle awarded the visitors a penalty for an adjudged shirt pull, which Newport duly dispatched before going to beat Evans side on penalties.

“We didn’t take our chances, the last penalty for them was never a penalty, there was no tug. We have lost because we failed to take our chances. Between the front boys we could have six or seven goals tonight.

“We are disappointed to go out, of course we are.” 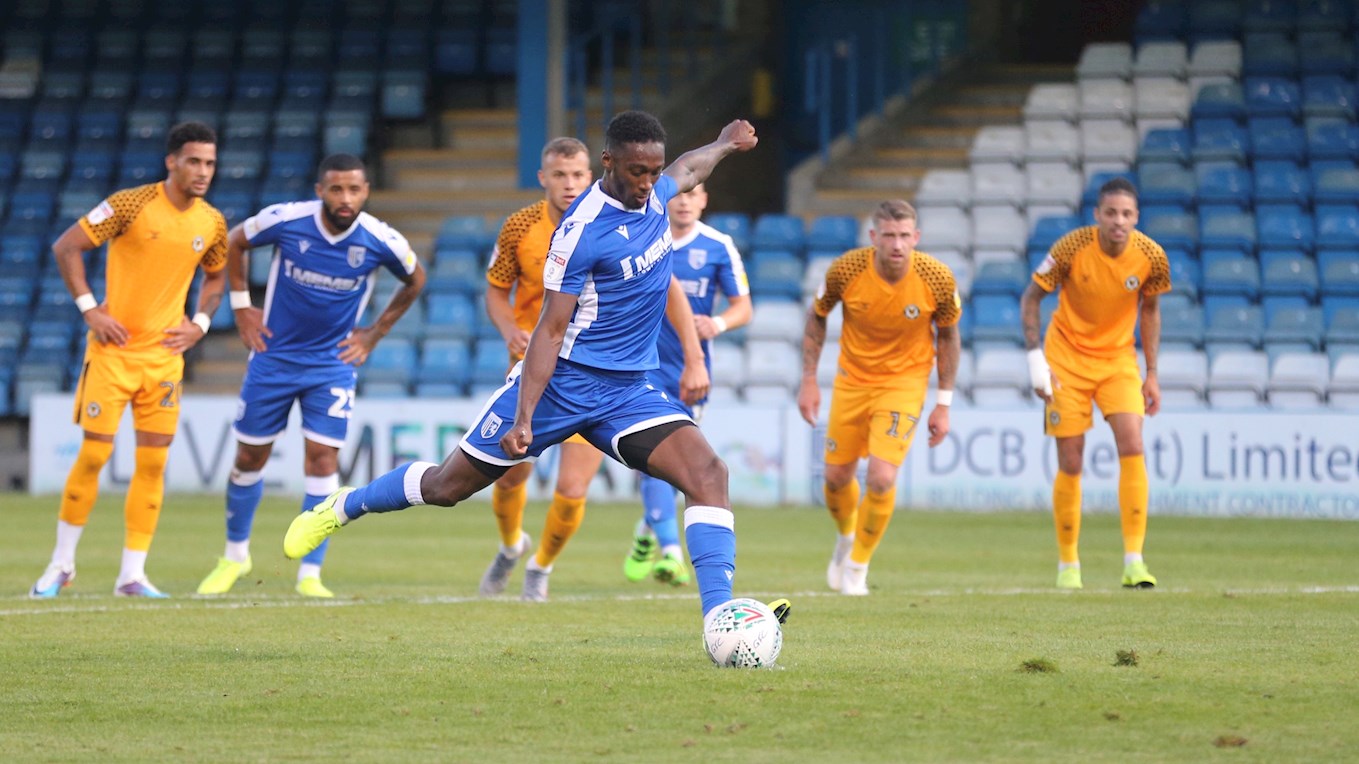 Brandon Hanlan scored one penalty and missed another during the 90 minutes but the Gaffer had nothing but praise for the striker.

“I thought Brendon was magnificent tonight, he could have taken home a couple of match balls but as a team we just didn’t kill the tie. Brandon had a couple of one on ones in the second half which could have done that for us but he worked hard tonight and penalties get missed at all levels.”

“What is going on at Bury is a travesty for football, I keep reading the EFL statements and I feel for the people of Bury and the town and the people that are involved at the club.

“We are not going to go out and sign three players tomorrow because that won’t make us necessarily better. We are trying to recruit to improve the team and we will keep working hard to do that.”