Defender Lee Hodson admitted that Gillingham were “nowhere near good enough” in their first half showing as they succumbed to a 1-0 defeat at St Andrew's against Coventry City on Saturday.

A single strike in the 25th minute was enough to separate the two sides, however Hodson warned that the Gills were not good enough to win thanks to their slow start at the home of Birmingham City who have welcomed Coventry for this season.

“We are disappointed in with the way we conceded, and the first half we were nowhere near good enough. The second half we saw an improvement, we got on the ball and created some chances but we can’t start the game like we did.

“We need to improve, we saw a reaction at half-time and we gave it a right go in the second half, but we are disappointed to come away with nothing."

Hodson says a switch of tactics at half-time gave the Gills more belief that they could get something from the game but ultimately it was not to be Gillingham’s day.

“We should have played like we did in the second half in the first half. But we didn’t. We let Coventry dictate the game and we can’t let that happen. The second half we got on the front foot and had more composure on the ball but we couldn’t quite get the goal we needed to take something from the game."

The solitary goal in the game came from a corner-kick which Jack Bonham couldnt make contact with, but Hodson praised the keeper who has made a string of fine saves so far this term.

“It is football. Jack has saved us on more than one occasion in the past by making important saves so we have to accept it is football and it is disappointing when you concede through a mistake but we gave it a go in the second half and tried to make up for it." 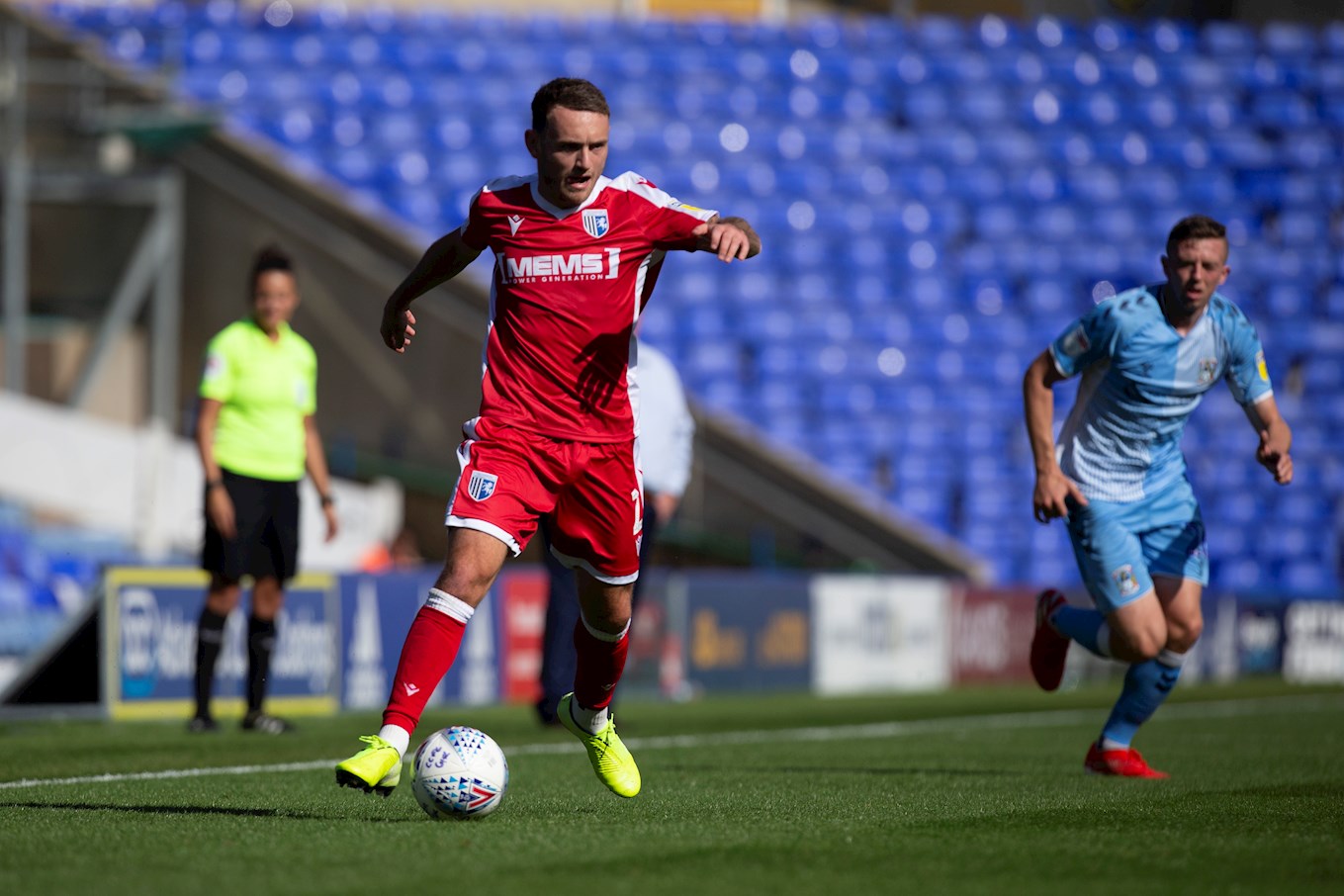 Gills have had a tough start to the season, but Hodson firmly believes there are many positives to build on.

“You look at Blackpool on Tuesday night, we were brilliant except for the two goals we conceded. When we do get the lead we can be a force in this league again. We will get back on the training ground this week and work hard and hopefully get the three points at home to Bolton at Priestfield next week."

It was a welcome return to the dugout for Manager Steve Evans after he completed a four game ban from the end of last season and Hodson said it was good to have the Manager back on the side-lines during the game.

“The Gaffer is very vocal and that is good as he encourages you throughout. When you are on the field you try and just focus but it is good to have the Manager on the side-lines encouraging everyone.

“If he has a message to get to you he makes sure you hear it either via direct from him or a message from him via another player."