On loan Watford striker Alex Jakubiak admits there were “positives” in the first half against Blackpool but warned the Gills that they must stop conceding before the break if they are to find three points sooner rather than later.

Jakubiak scored twice in the first half to give the Gills a commanding 2-0 lead over the Tangerines on Tuesday, however two quick fire goals from Simon Grayson’s unbeaten team meant the sides went in level at 2-2 and that is how it stayed through the second half.

Jakubiak said: “It was pleasing for me to start up front and score two goals as the last few games I have been out on the left but there is a pattern of us conceding late goals in the first half and we have to sit down and fix that.

“It was tense at the end with lots of corners but it is just frustrating that we couldn’t get it over the line. The supporters really got behind us today and that definitely helps us. It didn’t quite happen today but there will be times when their support helps us score that winner here late on." 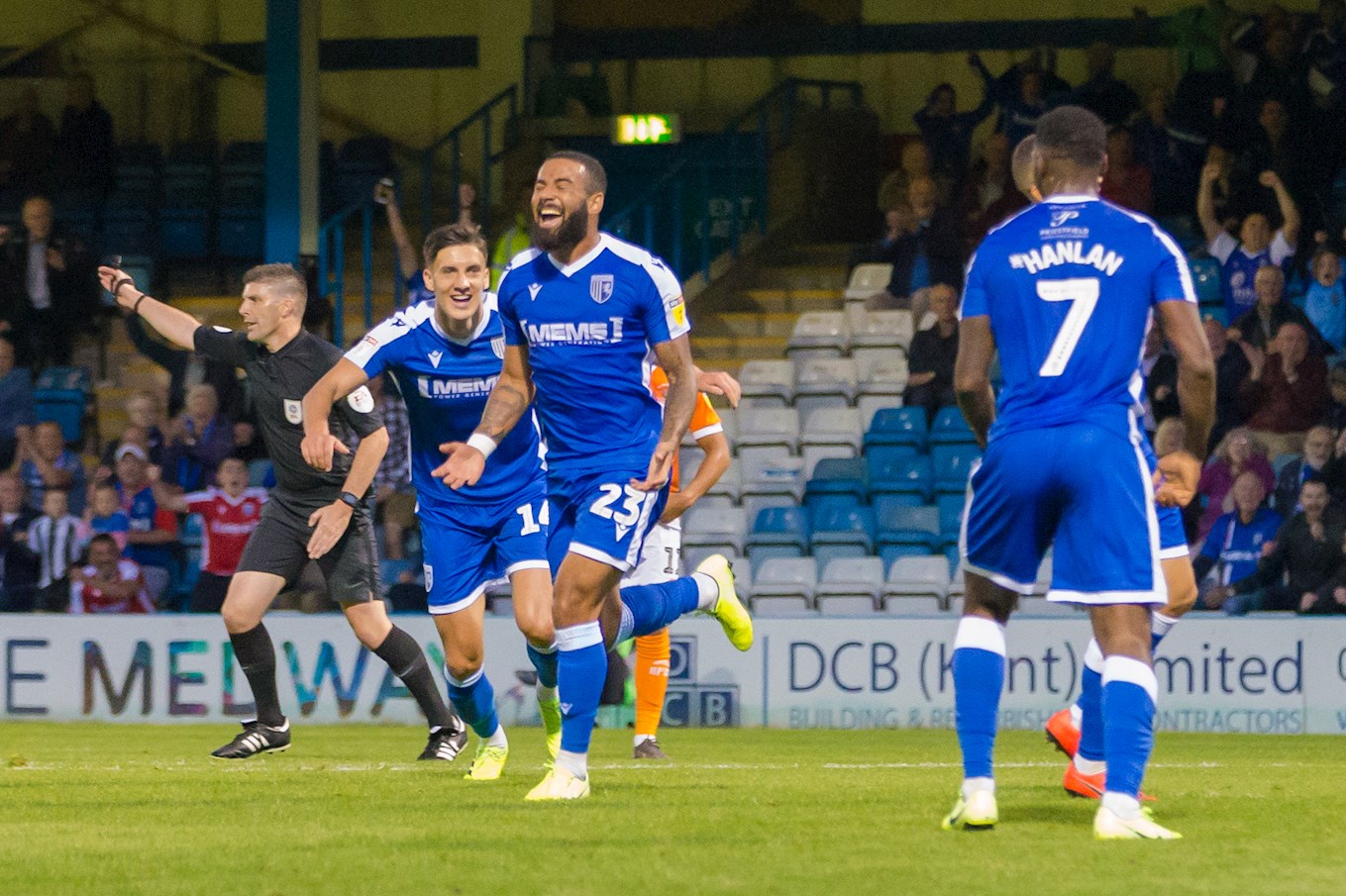 Jakubiak was one of many new arrivals at Priestfield this season and the striker admits that the players are still gelling with every game that they play.

“All the boys are still gelling, there are quite a few new players so it will take time to click. We work on things in training and in games and after a bit more time you will see things really coming together."

Evans trusted Jakubiak with the central striker role on Tuesday night and it is something he is hoping more for after netting twice.

“My preferred position is central striker, I can play out wide and I can do that well when required but I refer to be a striker. I am here to enjoy my football and play games and I want to score as many goals as I can."

The Gills travel to St. Andrew's this weekend to face Coventry City who are currently ground sharing with Birmingham, and Jakubiak is expecting another tough test for the Gills.

“It’s a tough game but Blackpool had won their first three games and we probably deserved the three points against them so I feel that we need to go into the Coventry game and keep on the front foot."