Gills boss delighted with his team following victory over Sunderland.

Gillingham manager Steve Evans praised his side’s fitness and determination after their dramatic late 1-0 win over Sunderland at MEMS Priestfield Stadium on Saturday.

The Gills were the better side for much of the game, with both Brandon Hanlan and Mikael Mandron striking the woodwork, with Hanlan’s header appearing to cross the line. However, it took the hosts until the final minute of the 90 to get the goal, as Connor Ogilvie volleyed home inside the area.

Evans said: “We’re very fit aren’t we, credit to our fitness team. We showed that in extra time against Sunderland. Today was hard fought. I’m disappointed that Brandon Hanlan’s goal was not given, but we’re not given it, and we’ve said to the players at half time, we need to go to the end, and they went to the end.” 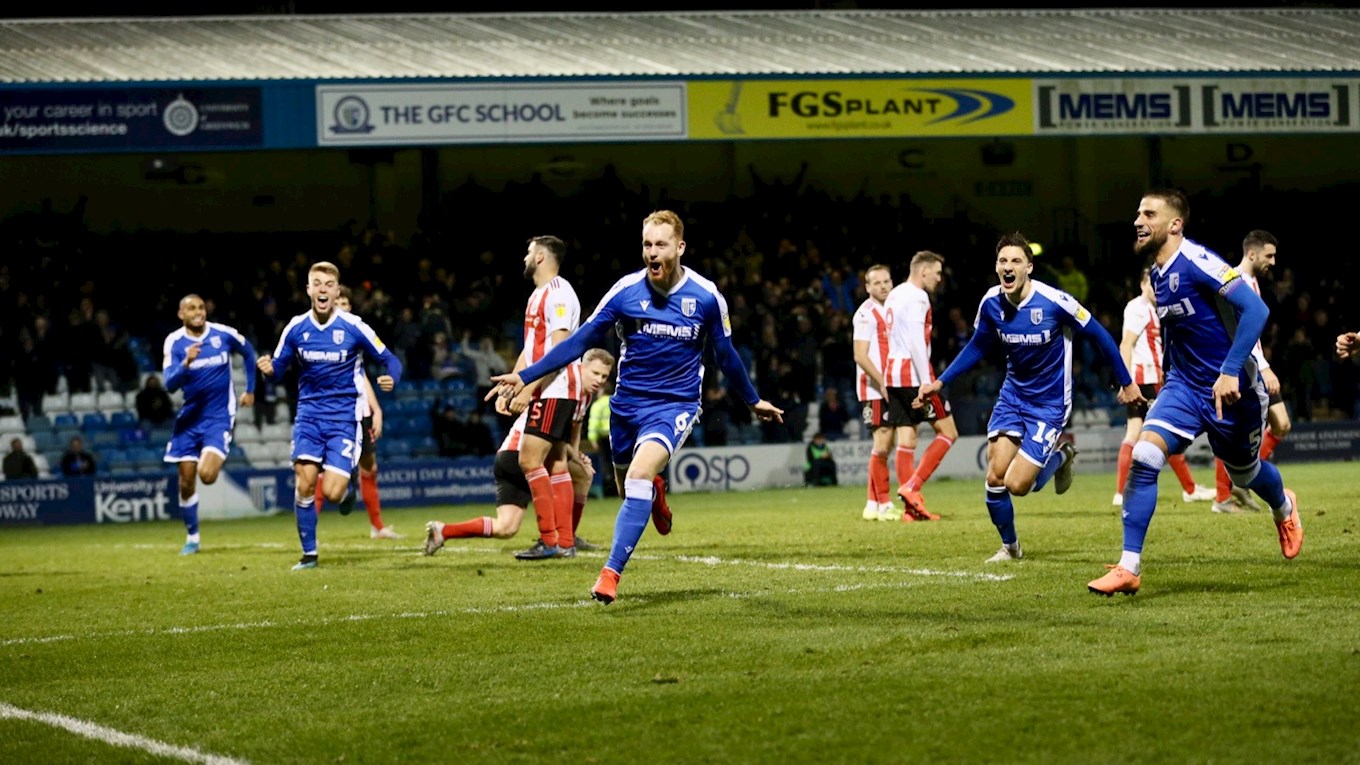 The Gills manager was also happy for the supporters, who backed the side superbly for the full 90 minutes. He said: “I tell you who deserved the credit: the players, and our supporters. I thought the atmosphere today, especially in the second half, was absolutely electric, and when the goal went in, that’s a reaction from supporters isn’t it. I looked up at the Rainham End and went ‘wow’”.

Evans was impressed with his side’s performance, and the progression they have shown in recent weeks. He said: “I think for us to dominate against Sunderland the way we’ve done for probably two and a half games, I don’t take glee for that, I give credit totally to my squad. I can’t say any more how pleased I am for my captain and my players. They’re just giving us as a management team everything.”

The manager is also now looking forward to Fleetwood next week. He said: “We’ll work hard, the boys are doing two sessions a day. We work our players really hard. They never stop, and they’re giving everything for the cause.”