Mandron, Hanlan and Ehmer with the goals to secure victory against struggling MK Dons.

Gillingham recorded their third straight home league win for the first time since 2015 to move into the top half of the League One table (at least temporarily) with a comfortable 3-1 victory against MK Dons.

Goals from Mikael Mandron and Brandon Hanlan put the Gills in charge at the break following a solid first half performance. MK Dons were back in the game soon after the break after a great goal from Alex Gilbey but Max Ehmer smashed home a rebound shortly after to restore the two-goal cushion and set Gillingham on course for three more points in ME7.

Gills’ Gaffer Steve Evans named an unchanged starting XI and squad from the previous week’s draw against Fleetwood, while three familiar faces returned to MEMS Priestfield Stadium with Jordan Houghton starting for MK Dons while Brennan Dickenson and George Williams were named on the bench for the visitors.

The Gills were nearly ahead within the very first minute as a slick move released Hanlan down the left whose ball back found Olly Lee free in the box but his first time goalbound shot was somehow blocked. 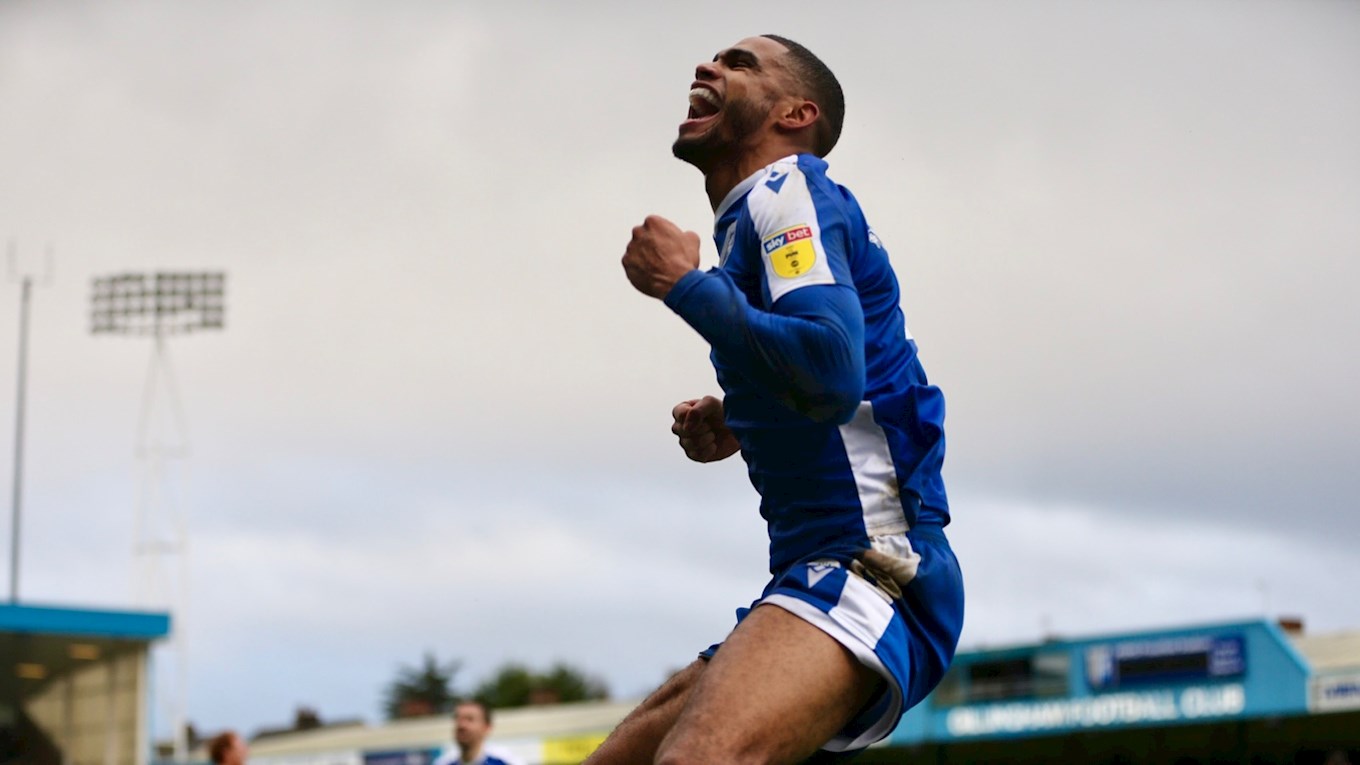 The hosts were enjoying the lion-share of possession in what was a scrappy game. A long throw from Connor Ogilvie was met by Max Ehmer but fell kindly for Lee Nicholls.

The next golden chance came in the 20th minute as a neat move for the Gills ended with a delivery into the box that was headed out to Alfie Jones on the edge of the area but his powerful effort was pushed out by the keeper.

A goal was coming after some consistent Gillingham pressure and it finally arrived on the half hour. Good trickery from Olly Lee on the right-hand flank saw him glide past two MK players before delivering a cute chip into the box which MIKA MANDRON managed to meet and place a glancing header past Nicholls and into the corner.

Two minutes later and the Gills doubled their lead as Mandron beat the offside trap to get on to a long ball forward from Jack Tucker before laying the ball off. BRANDON HANLAN controlled the ball before firing a low, drilled effort through the keeper and into the net.

The Gills continued to press for the remainder of the half but were unable to trouble the keeper, despite an uncomfortable moment when he was forced to clear under immense pressure from Hanlan as the hosts entered the break comfortably ahead. 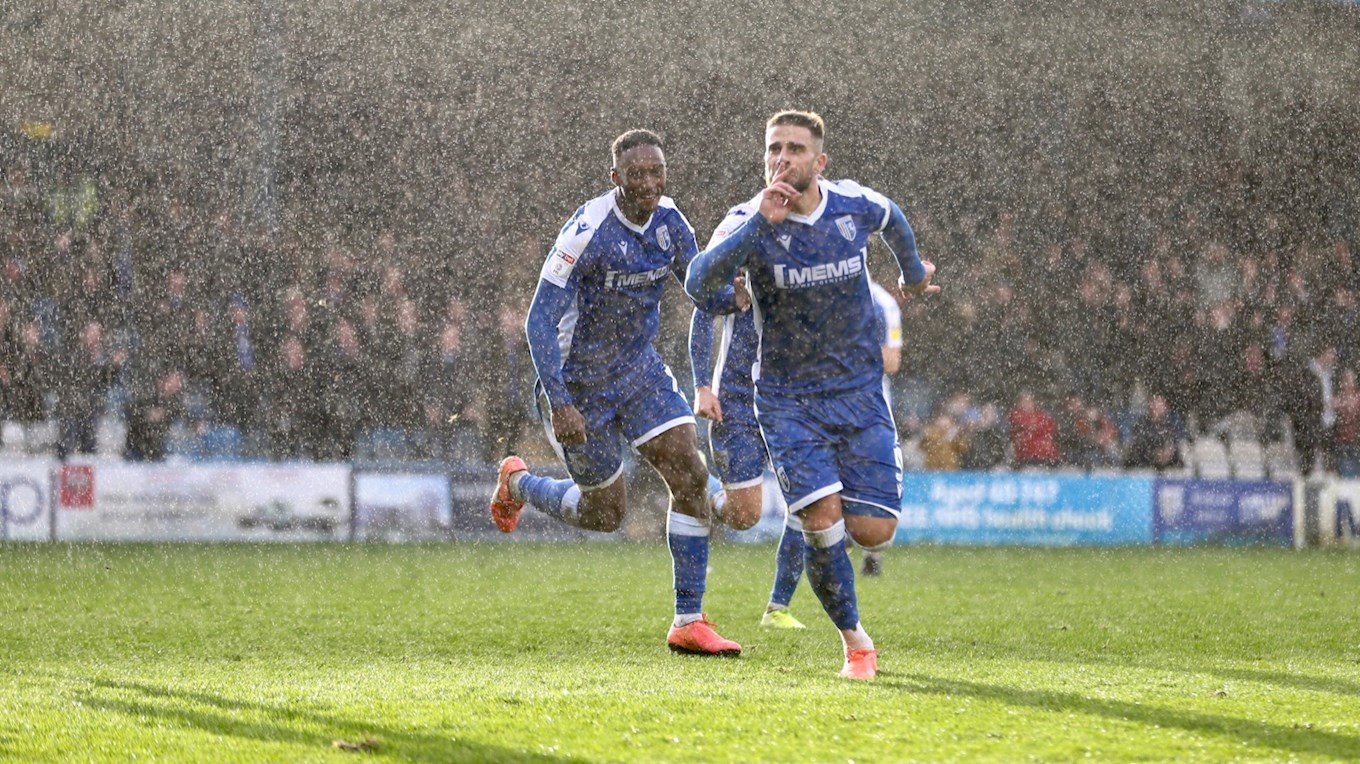 MK Dons made two changes at the break to try and get back into the game with Nombe and Bowery coming on for Agard and Boateng.

The changes inspired the first positive spell for the visitors in the game, with the Gills having to work hard to defend three corners in quick succession.

Further pressure led to MK getting back into the game through a superb individual goal from Alex Gilbey who produced an excellent bit of skill to flick the ball over Barry Fuller before beating Jack Bonham from a tight angle.

A good run from Hanlan then earnt the Gills a corner as they looked to restore their two goal cushion which was first headed away before Ogilvie won the hosts a free-kick right on the edge of the box.

Tom O’Connor rolled the ball to Lee whose shot was superbly kept out by Nicholls but MAX EHMER was lurking, ready to pounce and power home the rebound.

With Gillingham back in a commanding position, the hosts were happy to let MK Dons hold the ball away from the goal. The visitors, unable to penetrate beyond the back four, resorted to long shots with one dribbling wide and one fired wide.

The visitors made their final change with Reeves replacing McGrandles with 15 minutes to go. 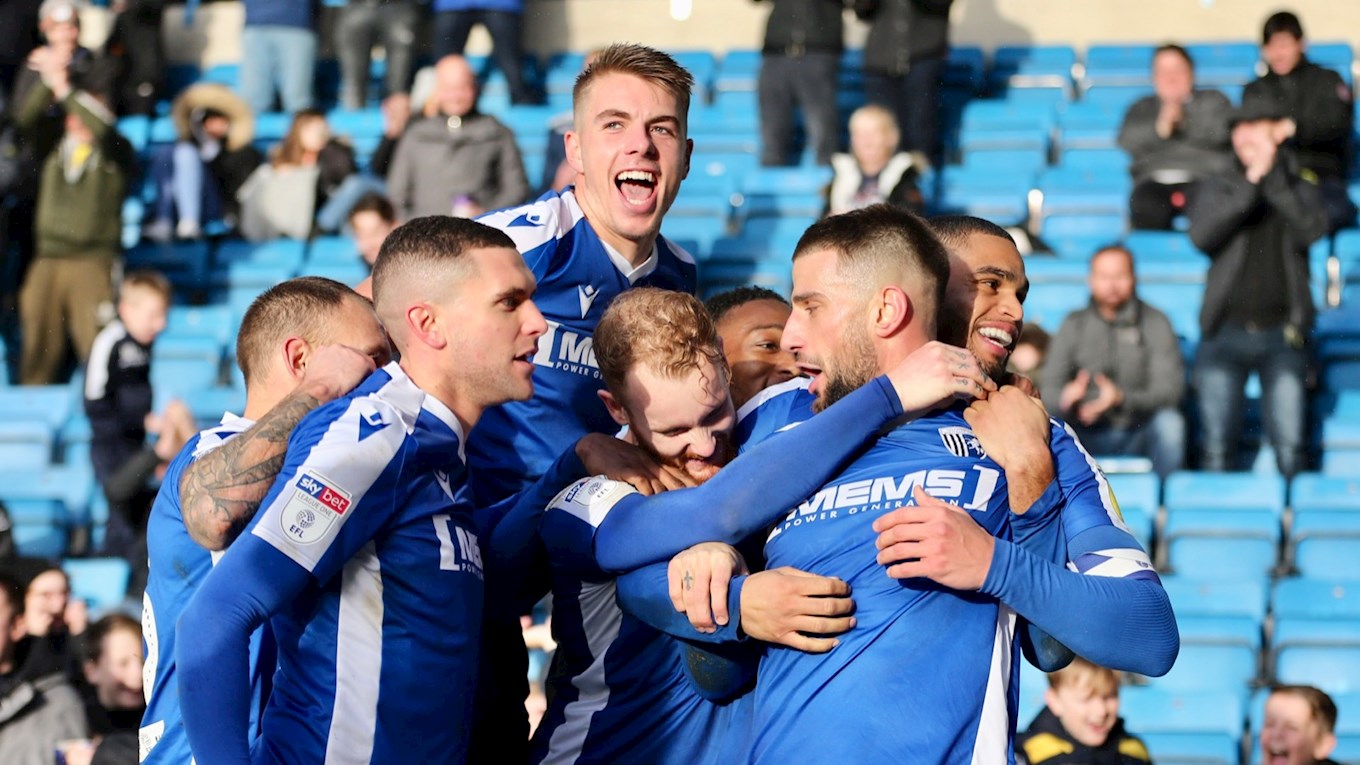 Another superb run from Hanlan nearly put the game beyond doubt as he got to the byline but his cross was far beyond the onrushing players in blue.

A good move from MK Dons nearly got them a second goal as Reeves looked to be played in on goal but Jones got back to clear behind and Bonham claimed the corner kick.

A free-kick directed towards Ogilvie was won by the Gills left-back on the corner of the box and nearly fell for Hanlan but he was unable to get a shot away and MK survived.

The Gills survived a major scare shortly before the 90 minutes were up as a shot came in from the corner of the area which Bonham pushed out, Bowery missed the rebound and Jack Tucker reacted quickly to stab the ball away before a MK Dons player was able to fire into the empty net.

Mark Marshall and Alex Jakubiak were both introduced as the Gills ran down the clock to claim all three points.

The Gills travel to Ipswich Town for the Boxing Day fixture before returning to MEMS Priestfield Stadium to take on Rochdale two days later.