Connor Ogilvie’s volley with just a minute to play gave Gillingham their fifth straight win at the MEMS Priestfield Stadium in all competitions following a 1-0 win over Sunderland on Saturday.

The Gills were the better side for much of the encounter, with Brandon Hanlan denied a goal despite his header appearing to cross the line, while Mikael Mandron struck the woodwork.

But the hosts got the goal they deserved in the final minutes, as Ogilvie latched onto a loose ball in the area, before firing into the corner to the delight of the Rainham End.

Gillingham manager Steve Evans named an unchanged side for the visit of Sunderland after an impressive performance against Doncaster Rovers in the FA Cup last time out. Ousseynou Cisse came onto the bench, with Matty Willock missing out as he continues to recover from injury.

Sunderland had the game’s first effort on goal inside the opening five minutes, as the ball dropped to Laurens De Bock on the edge of the box, but his tame volley was easily gathered by Jack Bonham.

Gillingham’s first opening came after ten minutes, when Olly Lee’s cross was flicked across goal at the near post by Mikael Mandron. The Gills had the next chance as well, as Brandon Hanlan found room on the right side of the penalty area after good work from Mandron and Connor Ogilvie, only to slice his shot wide of the post.

Hanlan was in again moments later, but his square pass couldn’t fine Lee. He was inches from finding the net shortly after, when his header from Lee’s cross clipped the underside of the bar, and somehow failed to cross the line.

The margins were close once again with ten minutes left in the half. Hanlan found room on the right and crossed for Mandron at the far post, whose shot cannoned off the bar.

With just a couple of minutes left of the half, the Gills were forced into their first change. Mark Byrne, who had picked up an injury, was replaced by Mark Marshall.

Sunderland had the first chance of the second half as the ball fell to Luke O’Nien on the edge of the box from George Dobson’s cross. He caught his volley nicely, but it was well saved by Bonham in the Gills goal.

The away side came close again just after the hour mark. Moments after coming on, substitute Charlie Wyke picked up the ball on the edge of the box before firing a shot just wide of the far post.

The Gills were having the better of the game as we entered the final twenty minutes, but were struggling to carve out any real opportunities. Hanlan was found in room on the left by Lee, but he saw his shot blocked as he burst into the penalty area.

With ten minutes remaining, the away side had the ball in the net, only to see it ruled out by the officials, as Will Grigg’s cross was headed into the net by Wyke at the far post.

At the other end, Max Ehmer’s flick on nearly caught out Sunderland ‘keeper Jon McLaughlin, who was forced to palm it clear. Moments later Mandron went for the spectacular from Ogilvie’s cross, but was unable to keep his effort down.

With just minutes remaining, the Gills finally got the goal their performance deserved. Lee’s corner led to pinball in the Sunderland penalty area, and it was eventually volleyed home by Connor Ogilvie to make it 1-0.

The Gills looked to add another with a minute of added time remaining, as Mandron found Mark Marshall on the right, but he drilled his shot wide of the near post. 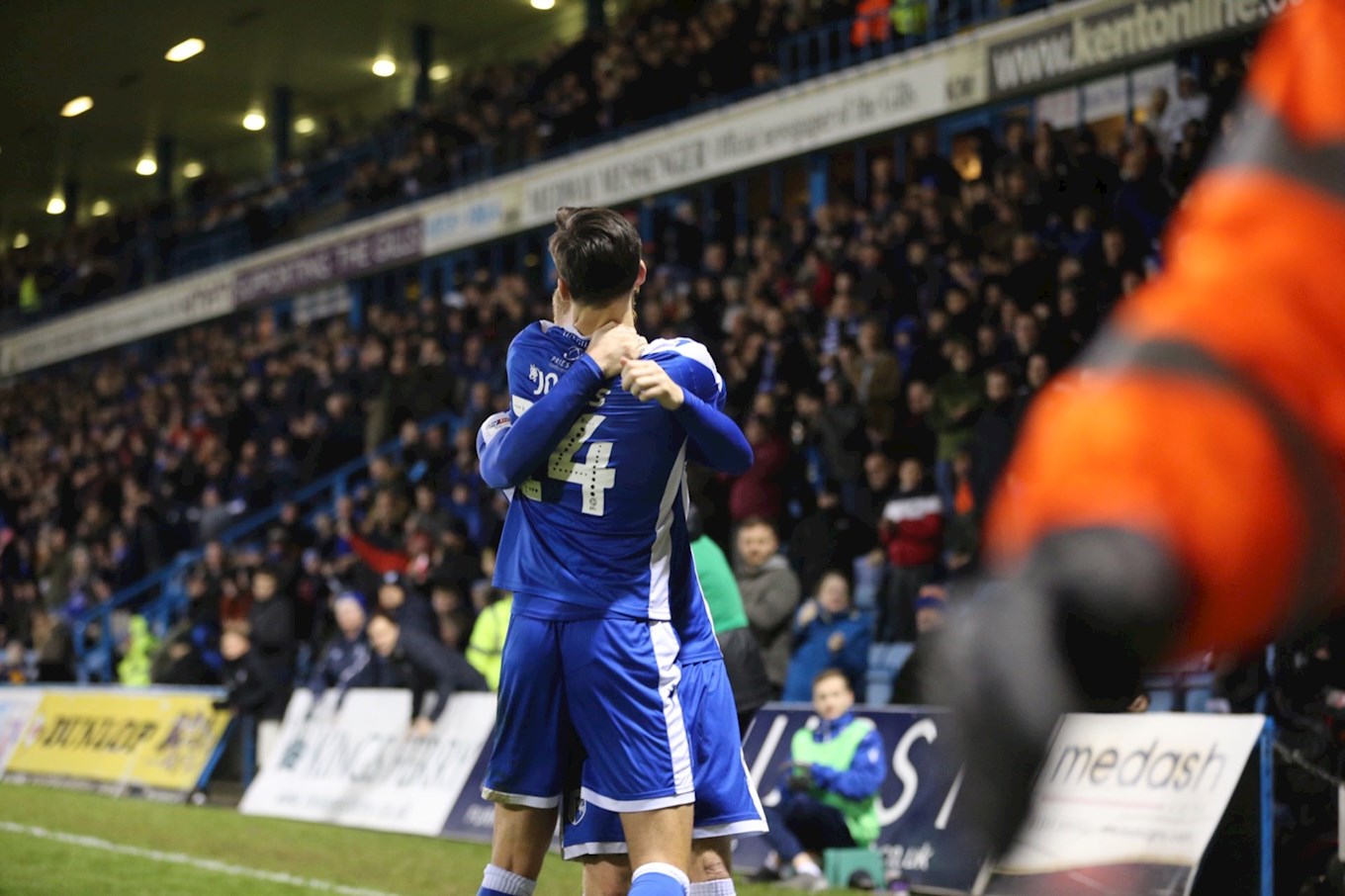