The Gills, represented by Rainham School for Girls, took part in the South-East Regional EFL Girls’ Cup, hosted by Millwall Community Trust last week, with school teams representing each of the below clubs following local tournaments.

All teams were split into two groups of four, during which all teams would play each other twice (home and away).

For the first game Gills took on Millwall, a game which Gills won 1-0. The reverse fixture was another success for the Gills with a massive 5-0 victory.

Southend beat Gills twice in the group stages (2-0 and 1-0) respectively with the final fixtures producing 2-1 and 3-0 wins over QPR.

Southend played well to beat a strong AFC Wimbledon side 2-0 and Gillingham got through after a dramatic extra-time and a penalty shootout victory against Crawley.

The final was a close affair, with both teams playing some brilliant football, but it was the mighty Gills, who managed to grab an amazing goal in the final minute by the goalkeeper against Southend. The Gills win the tournament and progress to the next round of the EFL Girls’ Cup.

Barry Cooper, Head Coach at Gillingham Community Trust. said: “Everyone at Gillingham FC is proud of the Rainham School for Girls Team, who represented the Gills in the EFL Girls Tournament. They did their School, themselves and Gillingham FC proud, and showed professionalism throughout the day.”

Next round: Regional finals will be held at Northampton Town W/C 25th Feb 2019.

Well done to everybody involved! 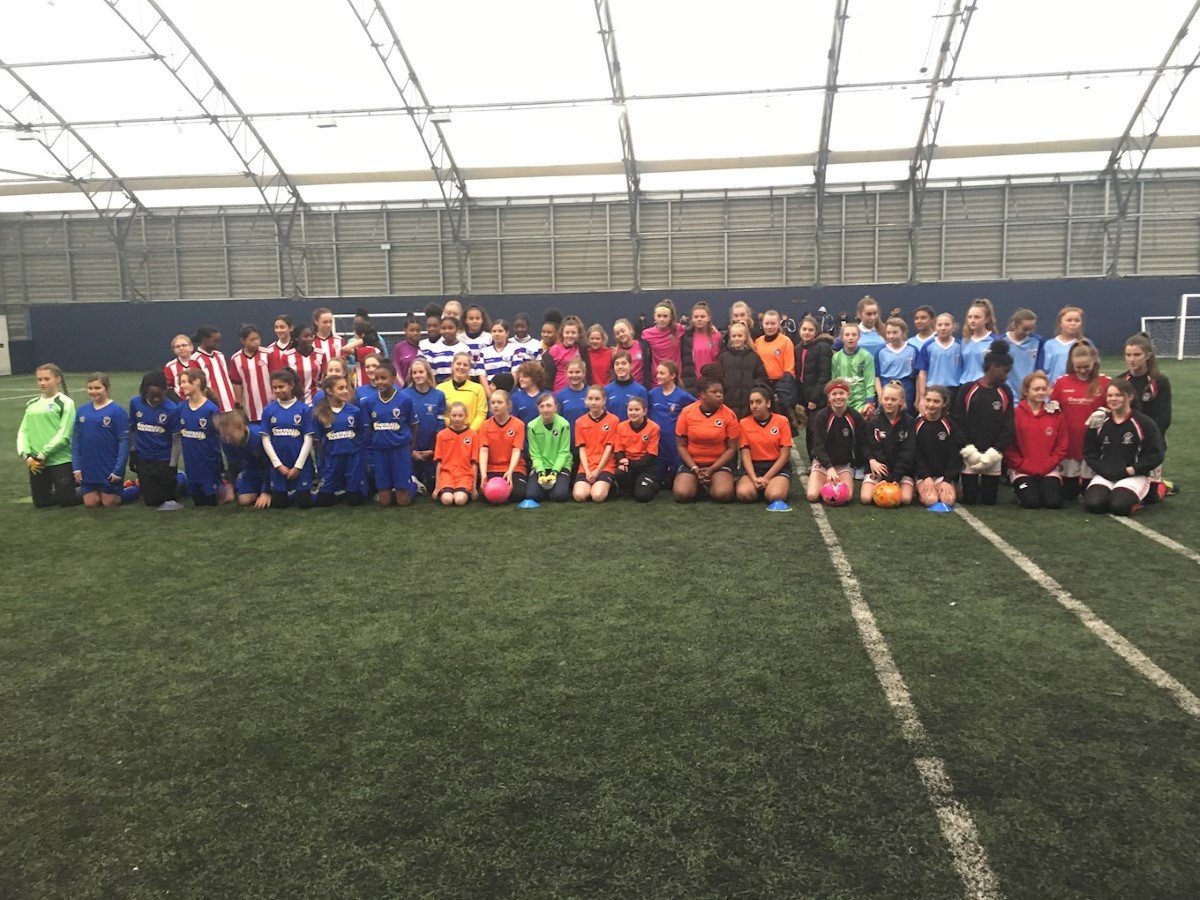