Goals from Elliott List and Brandon Hanlan at the beginning of the second half ensured it ended all square at Crabble on Tuesday evening in a 2-2 draw with Dover Athletic.

After a gruelling weekend schedule, Steve Evans stuck with the same eleven for the entire game as Gills continued to prepare for the season start at Doncaster on August 3.

Dover took an early lead on the coast when a mix-up at the backline resulted in Inih Effiong having an empty net to shoot in to, and he did so with ease as the Gills fell behind early doors. 1-0.

In the 13th minute, Gillingham had their first chance of note. List played in Mark Byrne who slotted the ball back to Hanlan but his effort was deflected wide. Dover responded though and Alfie Pavey came close to grabbing a second soon after, but his effort was just wide.

Gillingham came close again in the 25th minute when Brandon Hanlan drove down the left hand side. He crossed to the back post to the on-rushing Ndjoli but he couldn’t direct his header. 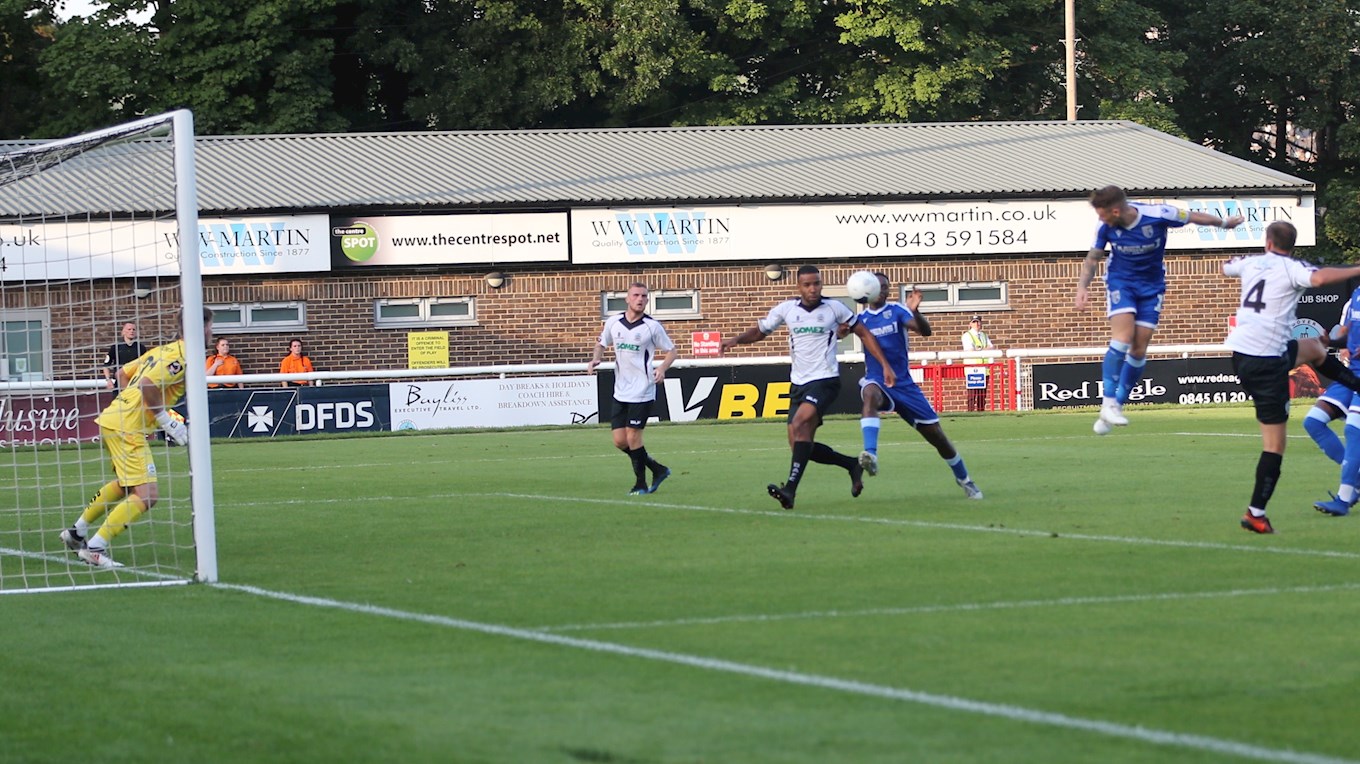 Dover were certainly causing Gills problems and Pavey again came close, Aaron Simpson crossed from the right hand side, but the lively forward saw his header saved by Bonham in the Gills goal. Effiong then chipped over the bar from the edge of the box as Dover continued to threaten.

Gills pushed for a leveller before the break, although a physical Dover outfit were proving a hard nut to crack at the back.

Steve Evans was a touch unhappy with what he saw in the first half, and the Gills made an immediate impact, scoring twice in quick succession as the gaffer watched on from the sidelines.

Firstly, Lee Hodson crossed from the right-hand side to find List and the forward finished low into the bottom corner. A clinical finish from the Gills number 15 who scored at the weekend against Charlton. 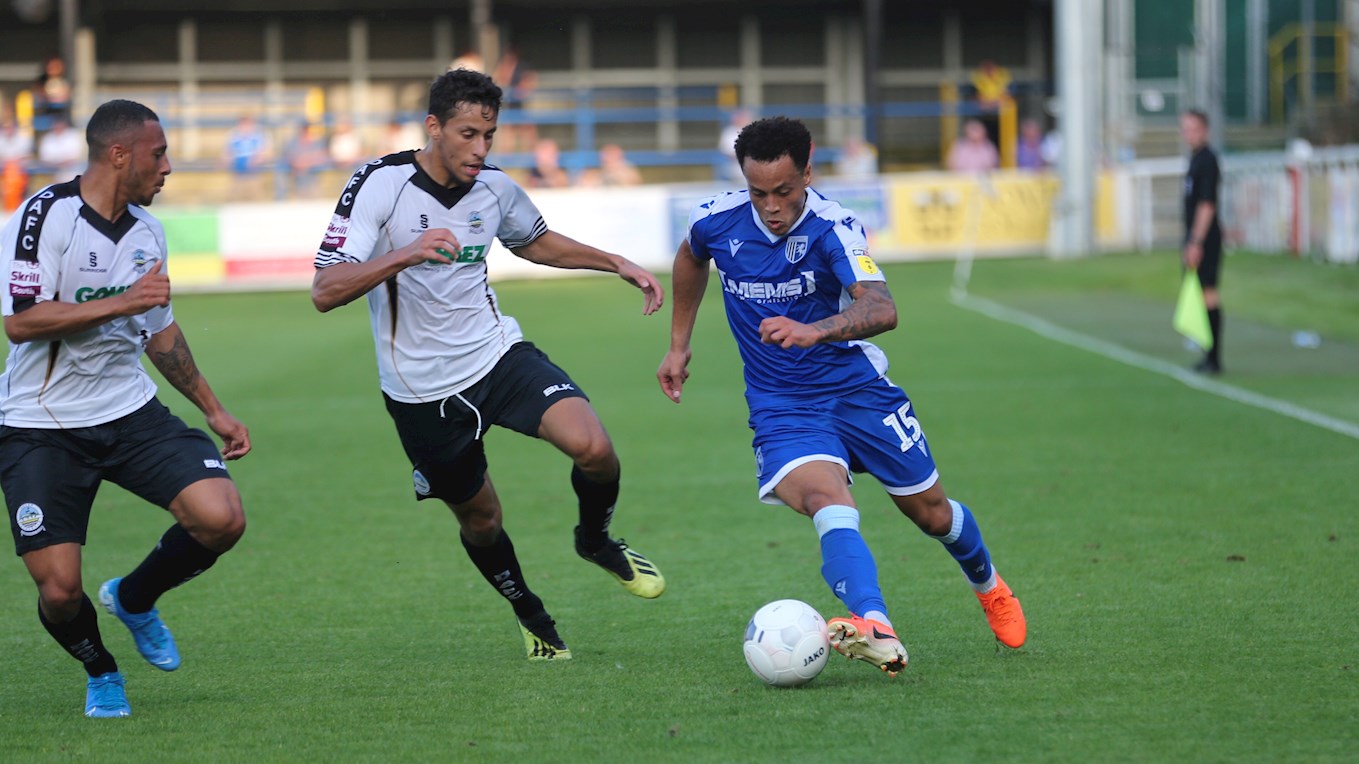 And it was deja vu for Gills just moments later when following a driving run from Stuart O’Keefe, Mark Byrne crossed from the right hand side to the unmarked Brandon Hanlan who powered in a ferocious effort from the edge of the box. 1-2.

Dover weren’t behind for long though and Alfie Pavey got a deserved equaliser in the 64th minute. The forward was released in behind the Gills backline. Bonham stood tall to save the first effort but Pavey was there to roll the ball into an empty net. 2-2.

Chances at either end came and went with Mikael Ndjoli and Pavey both having efforts saved as the game ebbed towards full-time.