Gills storm out of the blocks against Faversham in impressive start to pre-season.

Steve Evans’ new look Gills side started pre-season strongly with a 9-1 victory at non-league Faversham Town on a sweltering day in Kent on Saturday.

Manager Steve Evans named two different teams for each half as the Gills continued their preparations for the new Sky Bet League 1 season, which begins on August 3 at Doncaster.

Gillingham made the perfect start at Salters Lane as they took the lead inside two minutes. A quick free-kick was taken by Mark Byrne on the edge of the box, Callum Reilly drove down the left hand side and crossed for Connor Ogilvie in the penalty area. Unmarked, the defender headed home in off the bar to open the scoring. 0-1.

Gillingham started at a real pace and were forcing the issue in front of a good crowd. A fingertip stop from Simon Overland in the Faversham net denied an effort from Ouss Cisse, before Lee Hodson struck an effort wide.

It was 2-0 to the Gills just before the quarter of an hour mark. Mikael Ndjoli burst down the left hand side, cut in and fired past Overland to double the lead with a fine individual effort of real quality. 0-2.

Overland was again to deny the rampant Gills a third, Byrne crossed in from the right and Brandon Hanlan headed goal bound, but the forward was denied by a fine stop. Gills were impressive in front of a good crowd in Faversham and were certainly entertaining.

Ndjoli was to add a third goal soon after. Another cross, this time from the right by Callum Reilly, found the on-loan forward and he guided his header into the far corner to beat the outstretched Overland. 0-3.

The impressive Ndjoli turned provider soon after as Callum Reilly slotted home the fourth. Cisse won the ball in the middle of the park and fed the ball through to Ndjoli - who in turn played in Reilly who stroked into the top corner to add a fourth. 0-4.

Faversham were starting to find their feet and a couple of crucial blocks from Connor Ogilvie and Alfie Jones ensured Jack Bonham was not tested in the Gills goal. However, Bonham was to be forced into a smart save just before the interval. James Miles broke through on goal at a tight angle but the keeper stood tall to deny the forward. 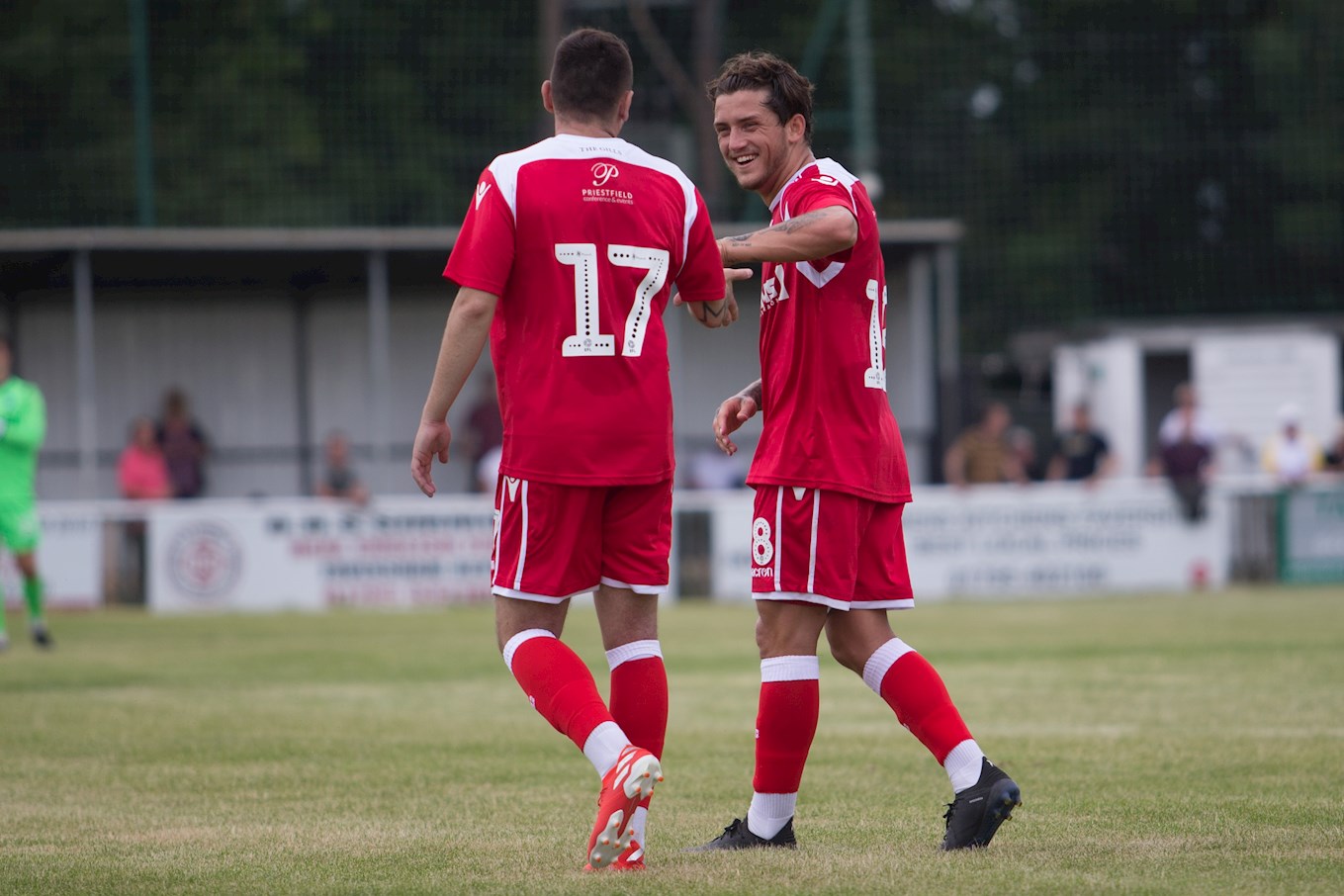 As planned, Steve Evans made wholesale changes at the break, with Garmston playing slightly longer due to Barry Fuller being rested following a slight knock picked up before the game. Early on in the second half, Elliott List went bursting down the left flank, jinking in and out of tackles but he hit the post with his powerful effort.

Matty Willock was to add his name to the scoresheet soon after, Regan Charles-Cook cut the ball back to Willock who took a touch to create some space before firing in to the bottom corner exquisitely from the edge of the area. 0-5.

Faversham pulled a goal back when ex-Gills defender Ryan Huckle climbed highest from a corner to head in past Joe Walsh to reduce the deficit. 1-5.

Gills responded though and another new signing was to get on the scoresheet. After Elliott List was brought down on the edge of the box, Nathan Thomas took responsibility and curled a beautiful effort into the top corner. The pick of the bunch for Gills! 1-6.

With less than ten minutes to go, it was the turn of the Gills youngsters to get on the scoresheet. Gillingham added a seventh when Jack Tucker climbed highest at the back post to nod into an empty net, with the keeper left stranded before striker Roman Campbell rolled the ball home after a driving run from List was initially halted. 1-8.

Gills weren’t to stop there though, with Thomas adding his second just before the whistle. He again had time and, again, he fired into the corner of the net, the keeper was left with no chance! 1-9.

The visitors went in search of a tenth goal, but it wasn’t to be.