Former Glasgow Rangers defender says Gills must set their standards high, and then be consistent.

Defender Lee Hodson says Gillingham were “nowhere near good enough” in their first half display against National League side Dover Athletic on Tuesday night.

The Gills trailed 1-0 at the break but two early second half goals saw a much improved second half, but Hodson says the players know they must improve.

“First half was nowhere near good enough tonight from us. We set some high standards at the weekend against Charlton but we were way off that tonight. The second half we came out with a reaction and probably played for 20 minutes like where we should be.

“We know as a group of lads that we have to be much better especially from the start of the game." 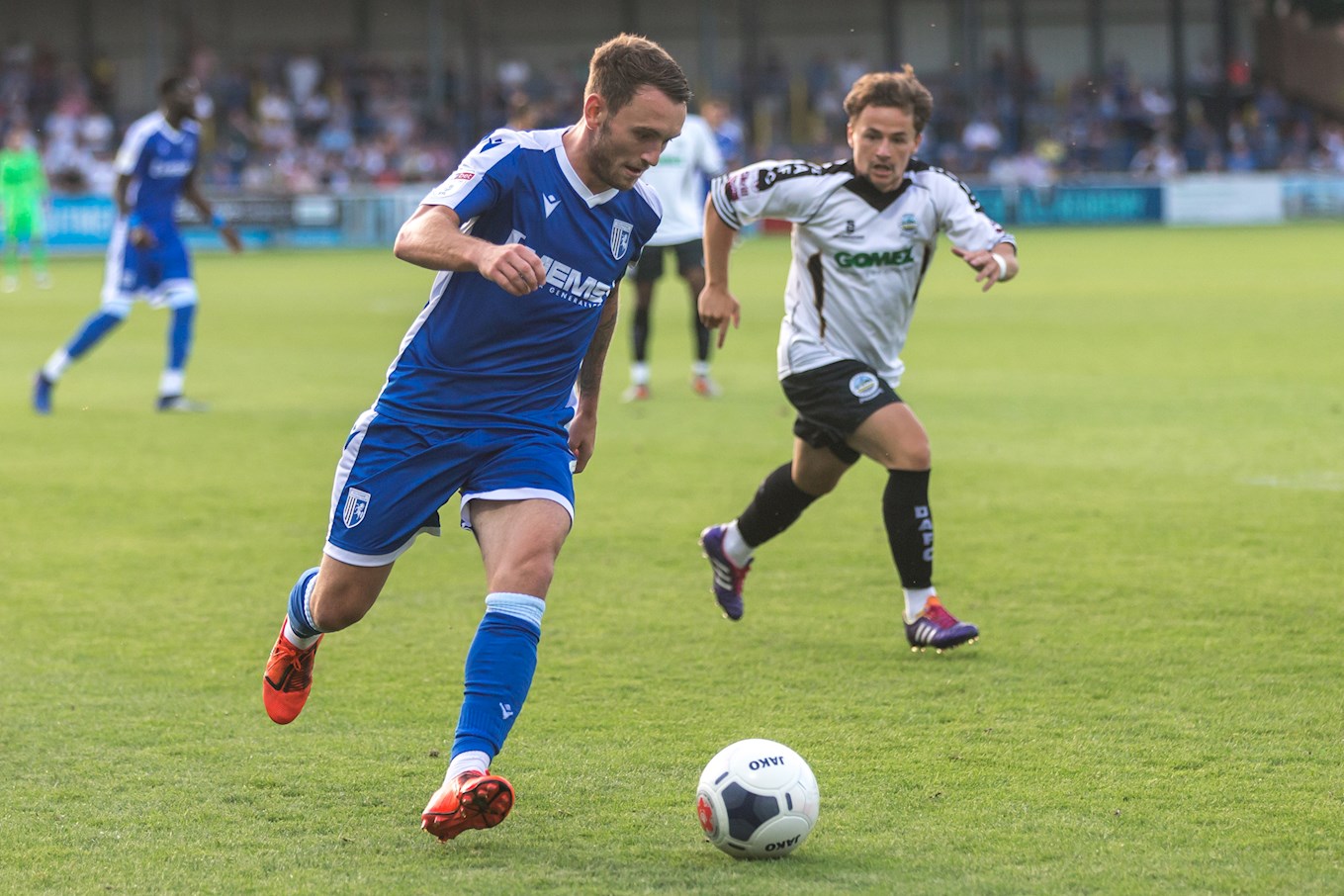 Goals from Elliott List Brendon Hanlan saw the Gills take the lead in the second half but Hodson says they must improve defensively.

“The two boys were clinical in front of goal which put us in the lead but we then lost it in the middle and conceded a sloppy goal so we need to brush up on a few things.

“We are definitely not happy with the first half, but there were some positives."

With Doncaster just nine days away, Hodson says that the Gills can’t afford a similar start in League One.

“If you play like that in the first half of any League One game then you will find yourself 3-0 down and out of the game. We need to make sure our standards are high regardless of who we play whether it’s a Non-League side, League One side, Championship side or Premier league side."

After completing another 90 minutes on the Kent coast, Hodson revealed he was happy with how his fitness was progressing so far this pre-season.

“180 minutes of football in three days is heavy on the legs but that will only get me fitter and that will keep me going longer but personally I just need to brush up on a few things and improve about myself over the couple of games.

“There is plenty of competition across the whole pitch which keeps everyone on their toes and fighting for their place. Everyone wants to play wherever they go but it is the Manager's decision who he starts."

Speaking about the Gills ambitions ahead of the new campaign, Hodson says the Gills want to finish as high up the table as possible.

“Everyone wants to win promotion and take that next step up in your career and you want to push on as a club. Everyone here knows the target for this season and with the Manager's very good record with promotions he will want to achieve that and will have nothing less on his mind.

“Every team in this league will be thinking that they can be up and around there. We’ve three more games before the start of the season and they big games to prepare us for that opener at Doncaster Rovers."