Centre-back itching to get started.

Southampton loanee Alfie Jones admitted that Millwall offered a "different" test to Charlton as the Gills slipped to a 2-1 defeat to the Lions at Priestfield on Sunday afternoon.

The young defender joined Steve Evans side on a season long loan this summer from Premier League Southampton and he admitted that the two games against Championship opposition were different.

“Millwall offered something different to Charlton. It was a bit more physical test and they were direct which sometimes we dealt with it but sometimes we didn’t."

Jones said the decision to join the Gills was the right one after speaking with the new Gaffer.

“It was a no brainer to come here once I had spoken to the Gaffer and the coaching staff. The way the Gaffer wants to play football and his objectives for the season made we want to be here.

“At my age now, game time is important and getting experience. Games are coming thick and fast at the moment which as a player is exactly what you want." 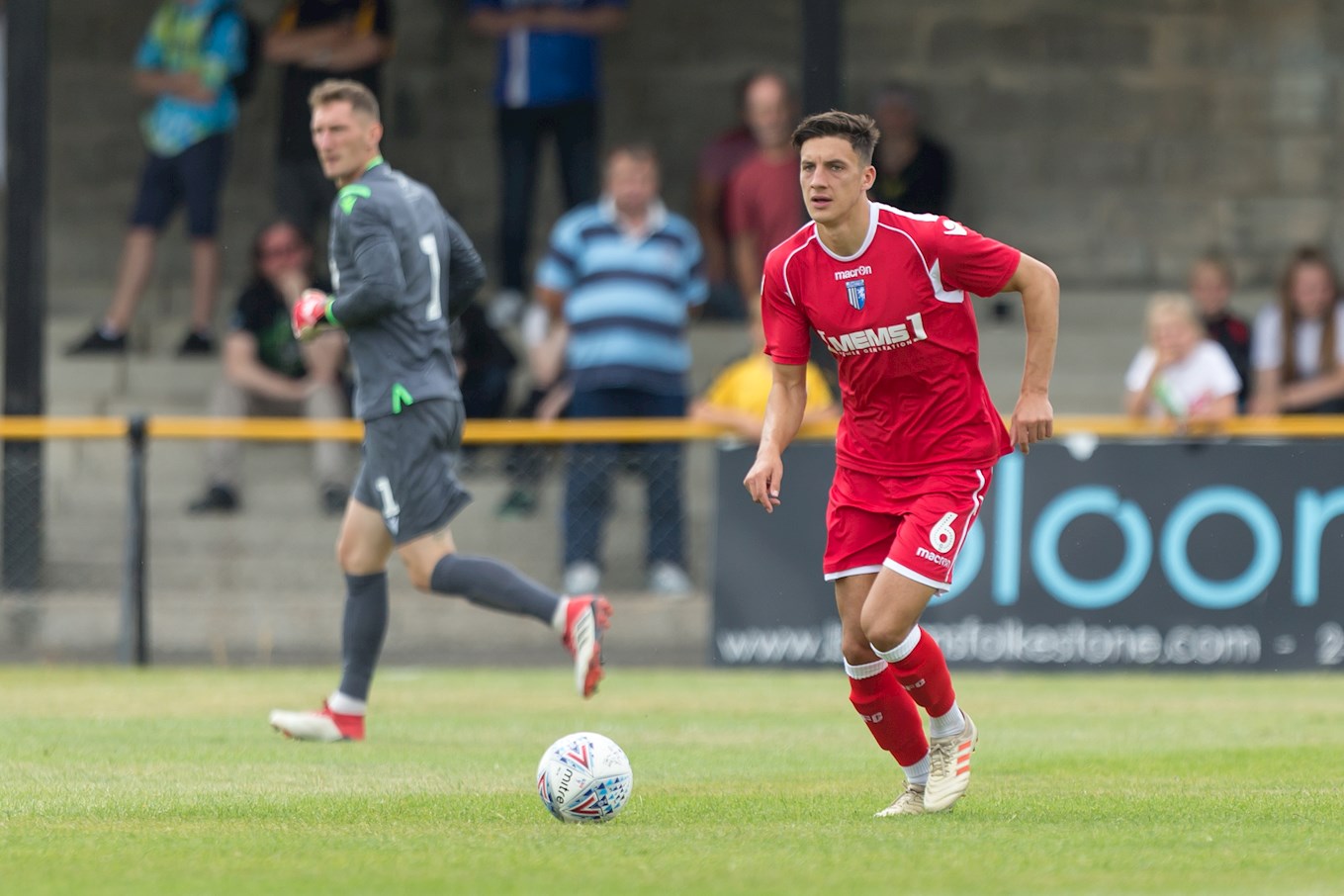 The young defender says all the defenders at the club are working together to form important partnerships ahead of the season opener away at Doncaster less than two weeks away.

“All of us are working together to make sure we have good partnerships across the back four before the season starts. There is still plenty of friendlies to come to make sure we are ready when we face Doncaster in the first game."

Jones says the double header over the weekend has only helped the Gills players gain more confidence as the season opener creeps ever nearer.

“The performances not just over this weekend but over the whole of pre-season have been good and have given the lads a lift, but there is definitely plenty to improve on.

“I have played a lot of U23 and Academy football but these games are a lot more physical which will help my development. League One is a high pace league but we want to push up the league as high as possible, I feel we can certainly do that."

Despite joining on loan from the Premier League, Jones acknowledges that he will have to work hard to get into the Gills line up this season.

“There is lots of experience and I hope I can play alongside that but competition for places is high, so that will keep me on my toes. When you get an opportunity you need to work hard to keep hold of that shirt and that is what I plan to do."