Pre-orders are now being taken for the club's new Macron manufactured playing kit.

Gillingham supporters can now pre-order their replica playing kit ahead of the 2019/20 Sky Bet League 1 season.

Macron will be manufacturing the Gills home and away kits for the new campaign, with last season’s black and white shirt, manufactured by GFC Leisure, having been highlighted as our designated alternate strip. The first-team has yet to wear the completed design, with a special sample version having been worn during pre-season fixtures at QPR, Faversham, Folkestone and Dartford respectively.

MEMS Power Generation will be the official shirt sponsors having agreed a new three-year deal earlier this year.

On Wednesday afternoon Jack Bonham, Joe Walsh, Ouss Cisse, Brandon Hanlan and Lee Hodson all formed part of the official kit launch with Kent Pro Images on hand to capture the best of the photographs.

The megastore is taking pre-orders with immediate effect, with each shirt costing £40.*

NOTE: The first 300 pre-orders will be automatically entered into a draw to win a FREE personalised black and white shirt! Don’t miss out – order now! 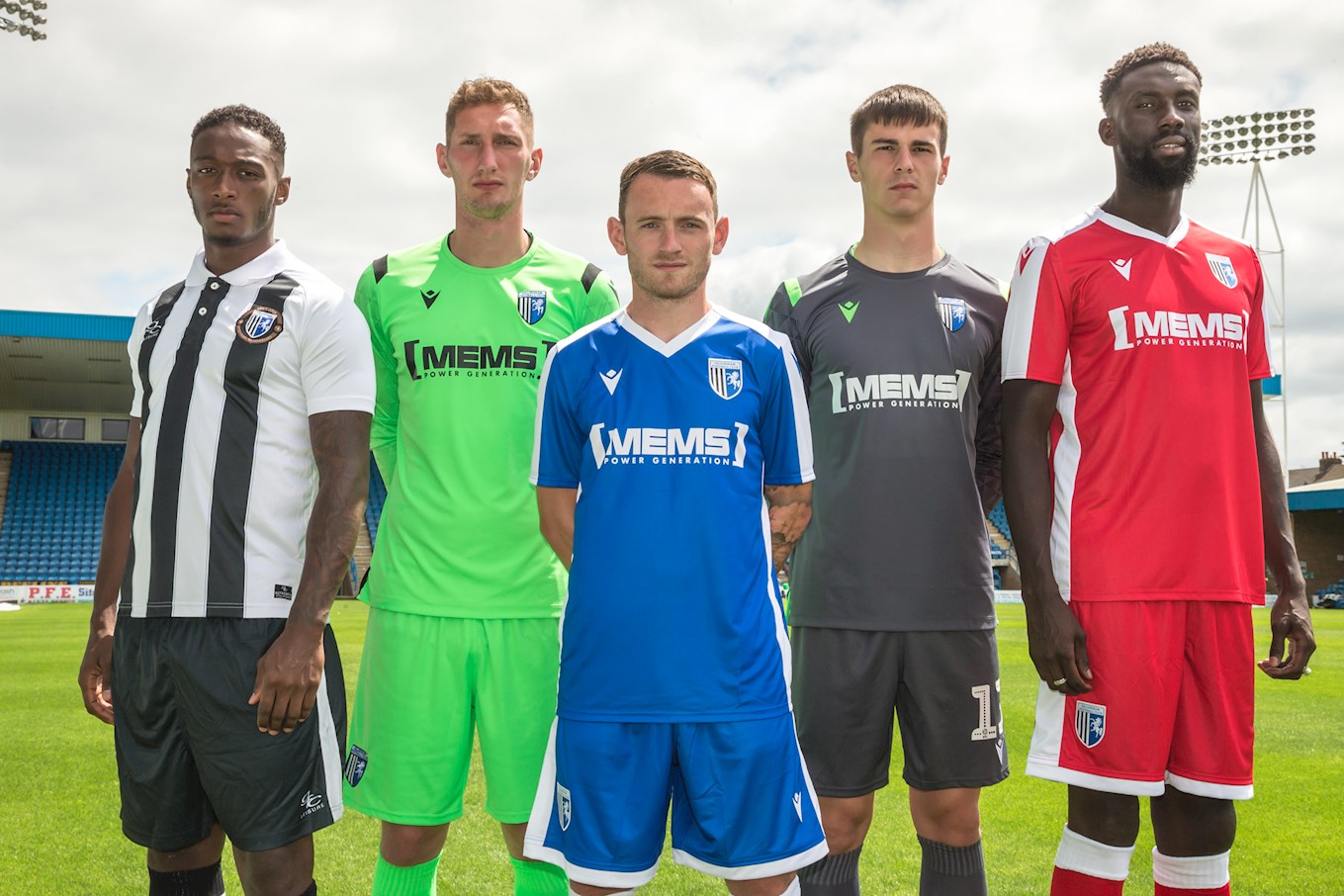 Initial limited deliveries are being made towards the end of July/start of August so we would encourage supporters to order early to avoid disappointment. Pre-orders will be distributed on a first come, first serve basis. Bigger quantities of kit are likely to come in during mid-August.

To pre-order you can either call the megastore on 01634 350140 or download a form by clicking the below link.

Alternatively you can visit us in person where our staff will take your details between 9am and 5pm on weekdays.

* As per previously published season ticket brochure, the two shirts for £55 offer is available if ordered, and paid for, before 5pm on July 31. 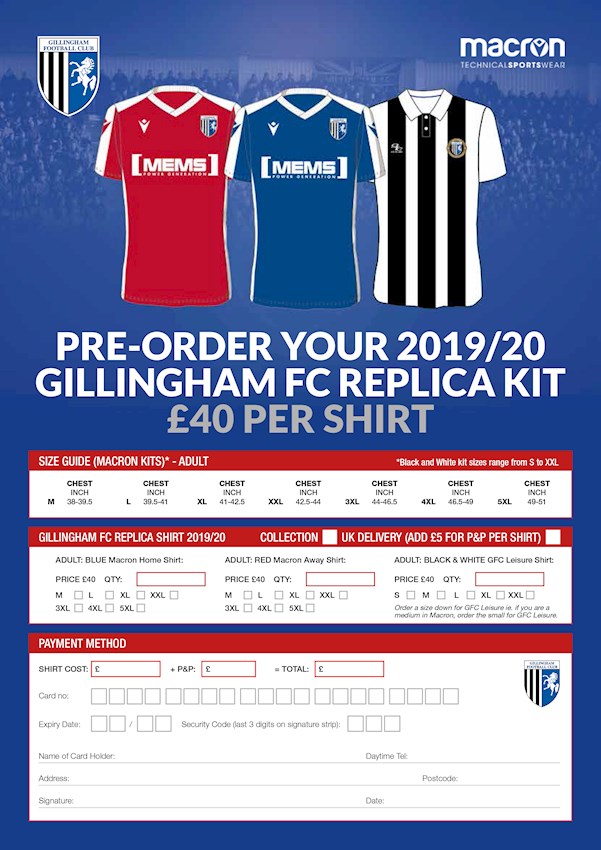