Gills Assistant Manager Paul Raynor is looking forward to visiting former Gillingham Boss Andy Hessenthaler and his Dover Athletic side on Tuesday evening (7pm) as Gills continue their pre-season campaign with less than two weeks until the League One season kick starts.

Steve Evans and his side will travel to Crabble for a friendly against the National League opposition, and it is one that Raynor is looking forward to and he admits it will be another test for his side.

“It is always nice to catch up with Hessy (Hessenthaler). We will have a sit down and assess where we are at. It was important to get through these two games without any injury concerns, obviously you saw Charlton on Saturday lose a couple of players to injury and it is important we don’t suffer the same fate.”

“It is crucial that we don’t lose three or four because that would snooker us but the science department have done a great job with all the data.”

With the League One season less than two weeks away now, Raynor admits that Gills have a preferred style of play for the season but won’t be giving much more away than that ahead of Doncaster away on Saturday 3rd August.

“As a Management team and as a squad we have a preferred way that we want to play this season but certainly won’t be telling Doncaster that. We are still looking at combinations and partnerships but the players know that there are still places up for grabs.”

“We have an idea of how we want to do it but now it is up to the squad to follow that through and prove that they should be in the team on merit.”

Raynor says that whilst one eye is on how Doncaster will play in that opener, the Gills must think about what they will do and how they execute their game plan.

“It is a mixture of both really. We have had them watched already but we have a fair idea of what they are going to do and I am sure they will feel the same about our game.” 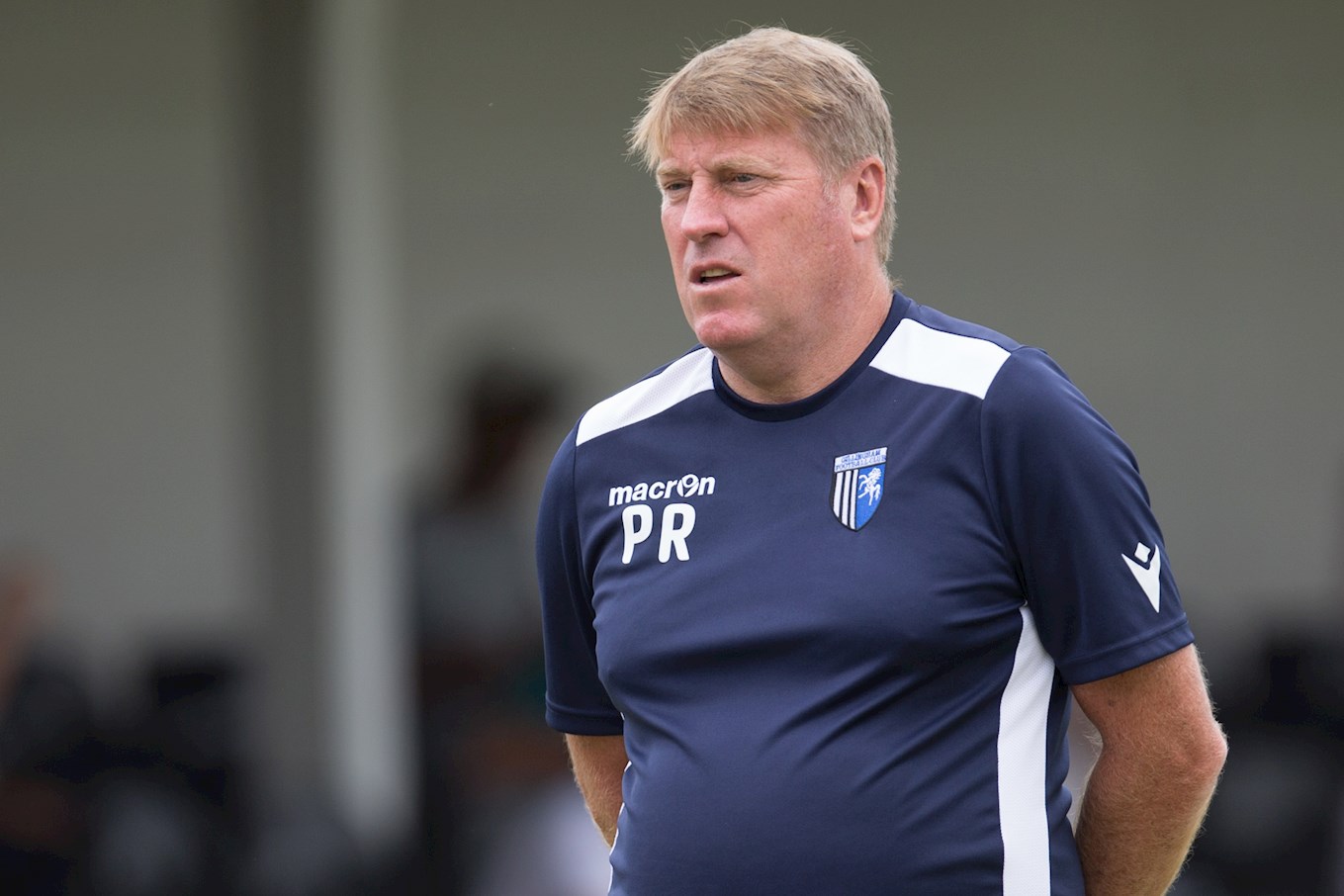 Evans assistant was unable to update fans on any potential new signings, especially regarding an offer the club made for an unnamed striker last week.

“I don’t know any more. I know Steve (Evans) and the Chairman have been working really hard and we will keep our fingers crossed on that one.”

Please be aware that the Dover game will now kick-off at 7pm!