Competitive game ends with a draw at ME7.

Mikael Mandron was on the scoresheet as Gillingham drew 1-1 with Southend United at MEMS Priestfield Stadium on Friday evening.

The hosts fell behind to a goal from Hutchinson against the run of play, but an excellent cross from Stuart O’Keefe gave Mandron a chance to bring the scores level, and he didn’t disappoint with his header bang on target, giving the goalkeeper no chance.

Steve Evans named Mandron, Mark Marshall and Alex Jakubiak in his starting XI with Matty Willock returning from illness to line up in midfield.

Regan Charles-Cook operated on the left wing with Stuart O’Keefe in the centre, with Lee Hodson and Barry Fuller the full-backs.

Gillingham were the better side in the opening exchanges and should have taken the lead on 17 minutes when Jakubiak waited for the run of Marshall to his right; the winger appeared to be in two minds what to do and as a result guided an effort well wide of the target. 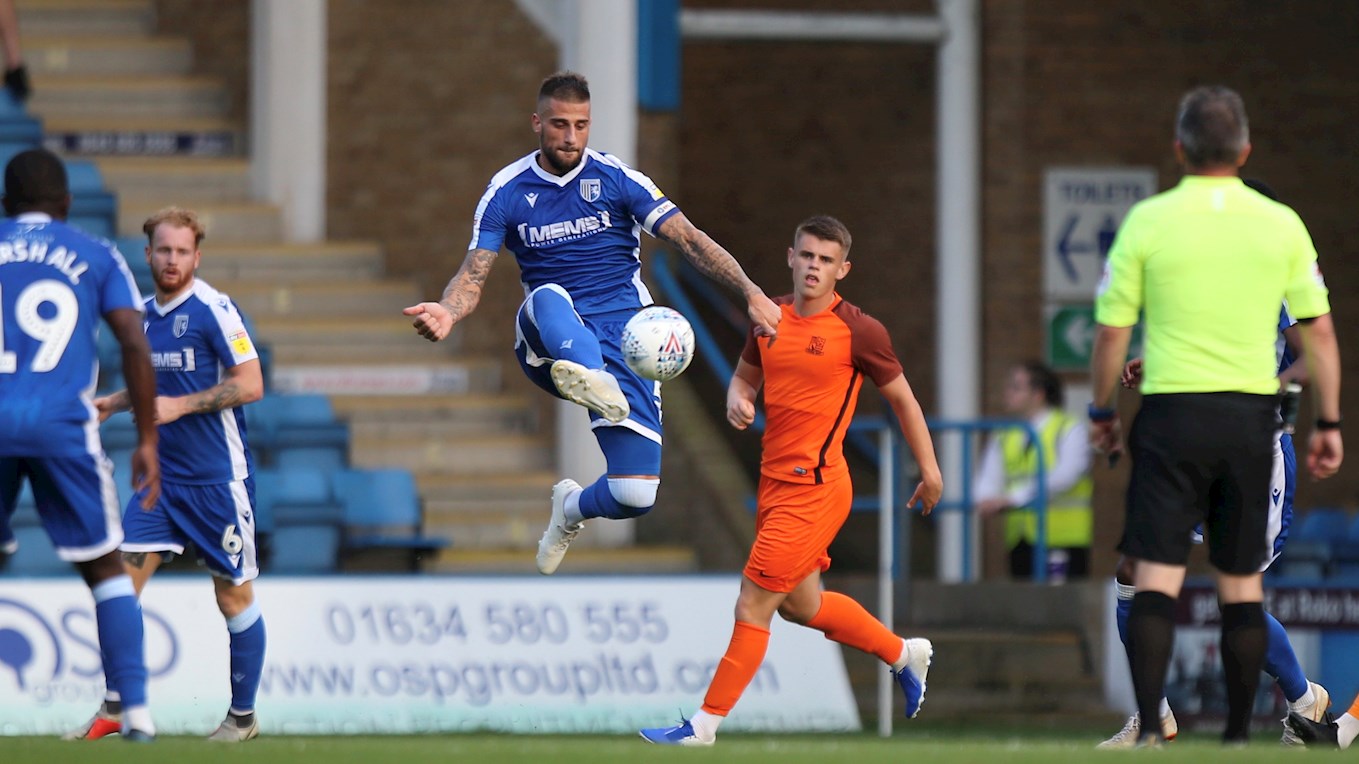 Five minutes later and Southend found the net with their first real opportunity of the game. A slip from Max Ehmer allowed Kelman to advance into the penalty area, Hutchinson had found space and converted from close range.

Ehmer went close himself just beyond the half hour mark when he connected to a cross from the right, but fortunately Gills didn’t find themselves behind for much longer and deservedly got back on level terms when Stuart O’Keefe’s cross from the left hand side was met by Mikael Mandron. The Southend  keeper got his left hand to it but was unable to keep it out.

Gills started the half well and very nearly got a second when new signing Alex Jakubiak picked his spot from the right hand side of the area, attempted to drive an effort into the opposite corner but missed the target by a matter of inches. 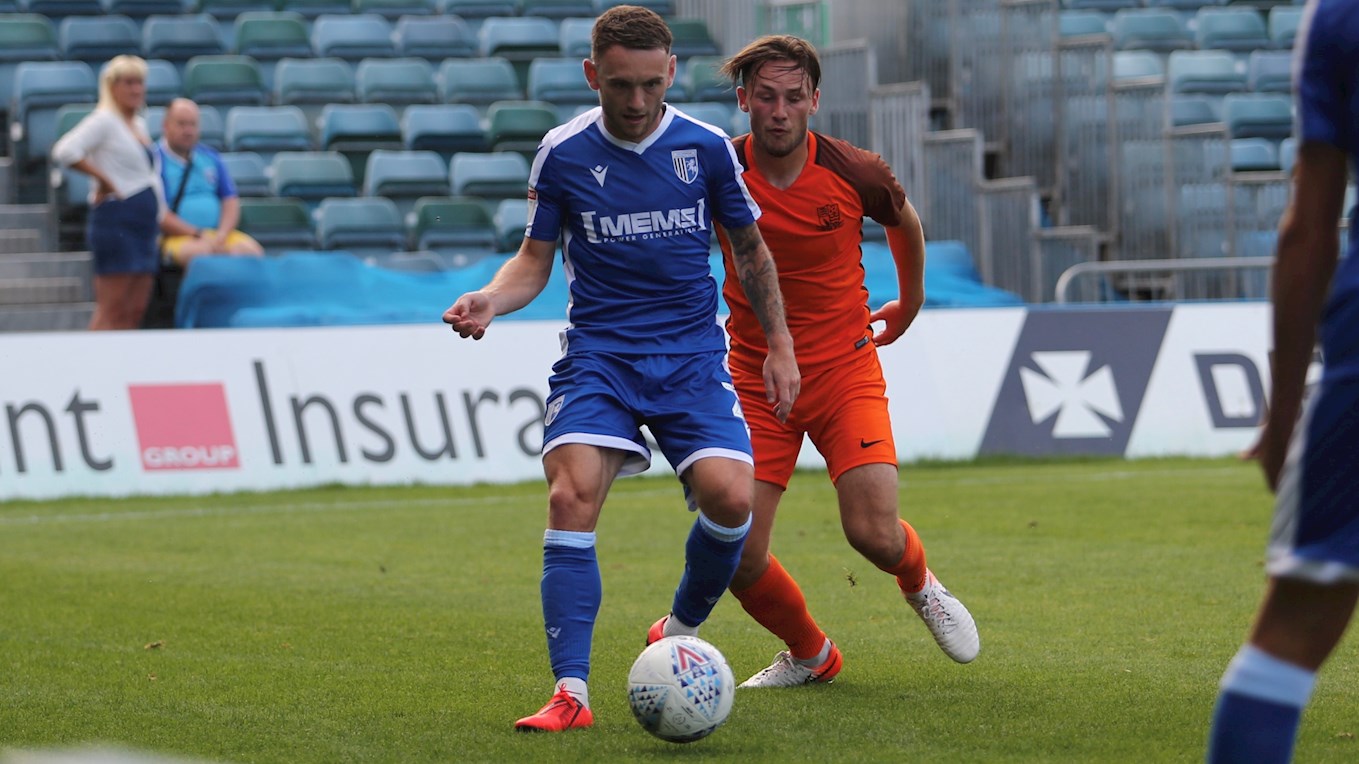 Hutchinson was close to grabbing a second for the Seasiders but his effort was well saved by Bonham before Jakubiak drilled a right footed effort inches past the left post.

Ogilvie and Ehmer both had half chances with headers but saw their efforts go past the post. A competitive encounter ending in a deserved draw.