Gillingham’s youngsters put in a brave display against Welling at Park View Road on Monday evening but suffered a 5-0 defeat.

Josh Oyinsan, Adam Coombes, Aaron Cosgrave (2) and Anthony Cook were all on target for the Wings who controlled proceedings for most of the game, although the Gills did have their chances.

Gills made a strong start but amazingly found themselves two down inside the first 20 minutes; the first a simple ball from the midfield split the Gills defence and Oyinsan took the ball around Charlie Walker before slotting home from eight yards.

Just a couple of minutes later and the lead was doubled, some excellent work on the left hand side from Nathan Green created space for a cross which was delivered perfectly into the path of Adam Coombes who clinically beat Walker with a precise header.

Welling went in search of a third which could have potentially killed the game but Walker was equal to an effort from Coombes before Oyinsan was withdrawn due to injury. His replacement, Reece Prestedge, should have put the result beyond all doubt but his header was guided over the bar with the goal seemingly at his mercy.

Stevenson and Trialist both came close for the visitors with Conor Dymond firing an effort narrowly wide for Welling before the half was complete. 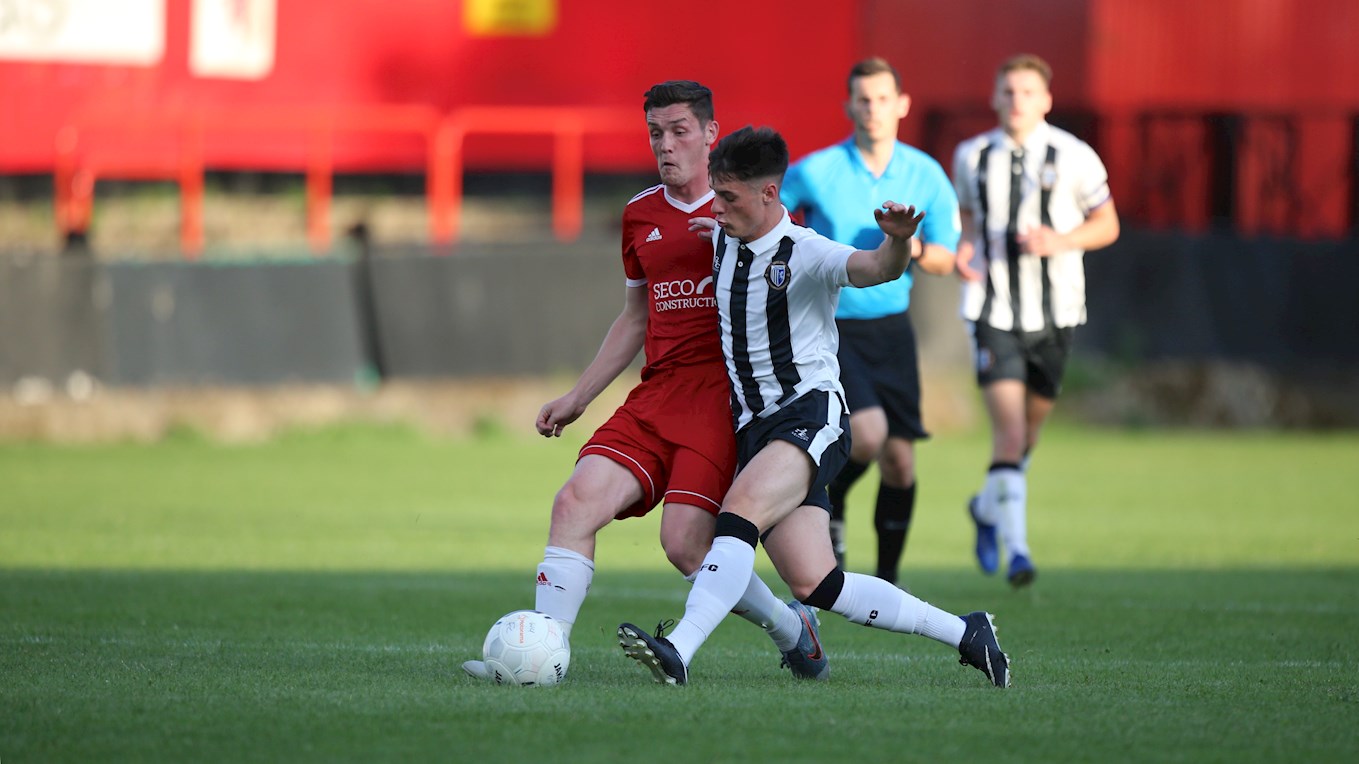 Cosgrave added a third for the Wings ten minutes after the interval when, having burst into the box, he was fortunate to come off best in a 50/50 tackle and although Walker came out to narrow the gap the forward got a toe poke away and found the back of the net.

A host of subs were made in the minutes that followed and the game entered a comparatively quiet phase; that was until the last ten minutes when the Wings scored a fourth.

Anthony Cook, one of the players who had come on, was alert to a loose ball following a magnificent save from Charlie Walker. The ball ran into his path from just a few yards out and converted calmly as a couple of defenders attempted a last ditch interception.

A fifth was netted shortly afterwards when Cosgrave had the simple task of beating Walker from close range when he ran off his marker and latched onto a cross from the right hand side that was guided into the heart of the danger zone.