Gillingham will play Doncaster Rovers at the Keepmoat Stadium on the opening day of the 2019/20 Sky Bet League 1 season.

Steve Evans and his new look Gills side will travel to Yorkshire on Saturday August 3 before welcoming Burton Albion to MEMS Priestfield Stadium seven days later.

The festive period, as ever, is a busy one with MK Dons coming to ME7 on December 21 with Gills heading to Portman Road to take on Ipswich on Boxing Day. Three days later Rochdale make the long journey south with Portsmouth the opposition at Priestfield on New Year’s Day.

Gillingham finish the campaign with a home fixture against Bristol Rovers on Sunday May 3.

A full list of fixtures can be seen here. 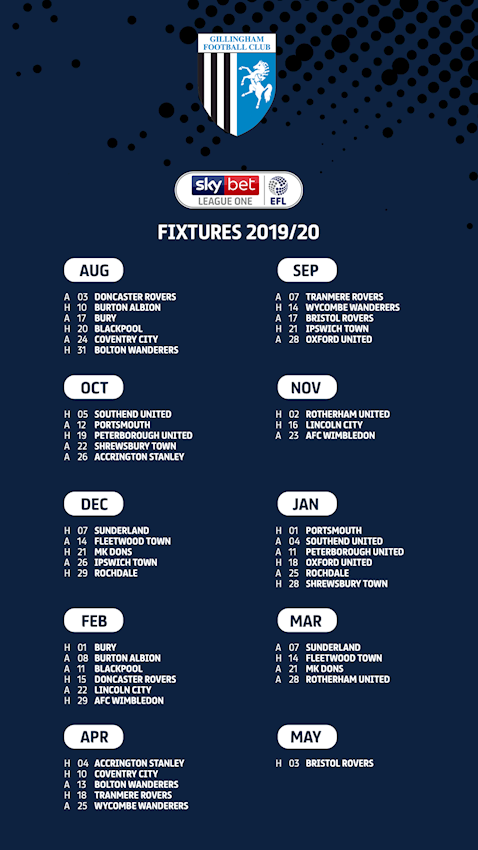