Gillingham Ladies pair Vicky Ashton-Jones and Ellie Manning have recently been on the GB Police Women’s football camps ahead of the Police European Championships held in Norway next June.

In recent months the GB Police team have held two selection camps, the first in the Netherlands and more recently the second in Manchester, with Ashton-Jones and Manning attending both.

Ashton-Jones, the Club Captain, is part of the Kent Police armed response unit. Midfielder Ellie Manning is a PCSO for the British Transport Police, while in training to be a Police Constable for the same force. 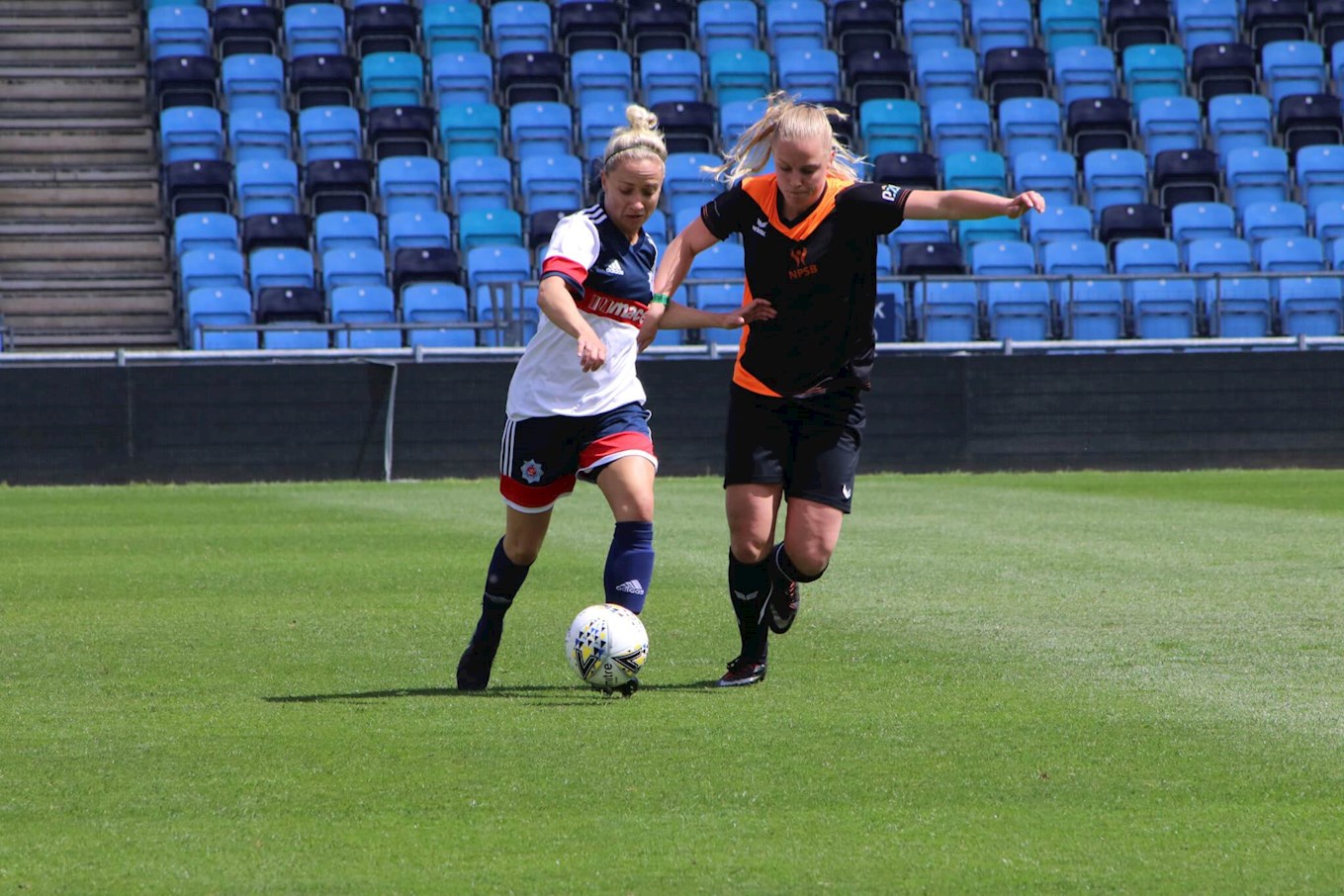 During the camps, the GB team faced Netherlands Police twice. At the camp in February they travelled to Spakenberg coming away with a 3-2 win before hosting Netherlands at Manchester City’s Academy Stadium last week, drawing 2-2 and recording a penalty shootout win.

Also in their warm-up camps they took on Racing Club Leiderdorp and the UK Army team, recording 3-1 wins in both of those fixtures.

Before the tournament next summer, the GB Police side will face a qualifier to cement their place in Norway. The training camps and warm up fixtures have set the side in a good position to qualify for the tournament.

Speaking to the pair after their return from the most recent camp, Ashton-Jones had the following to say on the recent GB games;

“I really enjoyed the latest camp in Manchester, the facilities at the City Academy ground are amazing, the pitch is one of the best I’ve ever played on.”

“The games themselves were very competitive, we had new players trialing with the team who held a good account t of themselves. Again, the aim is to develop the team towards the euros next year. GB camps are always great fun, the players and staff get on very well so makes it an enjoyable few days.” 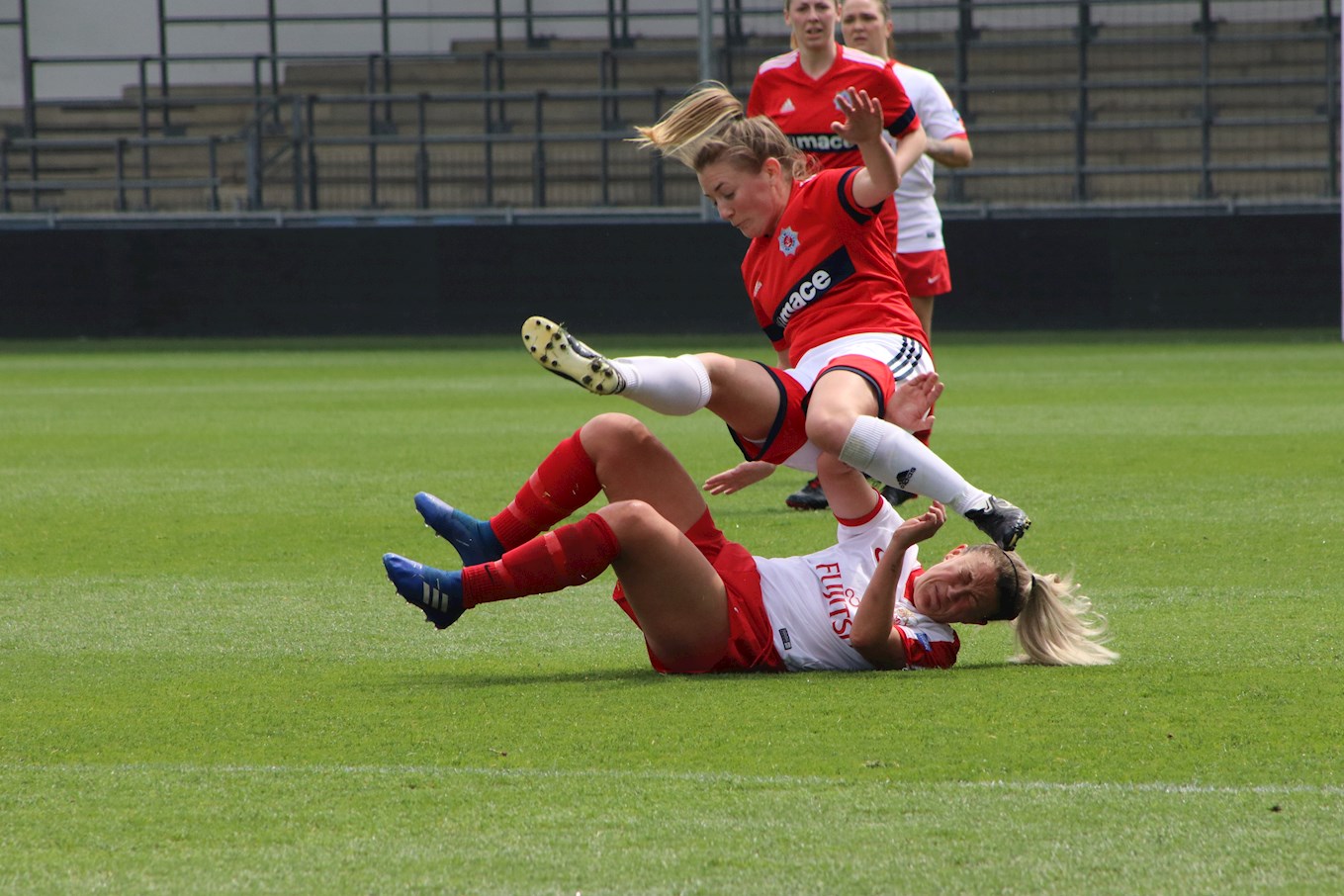 “The recent camp in Manchester was very positive with us winning both of our games against tough opposition. We don’t get to train together or do as many of these camps as we would like, but getting together and playing games enables us to practice and work on things that we are looking to take/use in the euro’s, and that’s what we did.

“The whole experience with the GB girls is always great, with a good atmosphere between us all and lots of fun to be had. Playing at City’s academy topped it off.”

High ambitions and expectations are also being set by the members of the GB squad according to Manning:

“The main target would be to do as well as we possibly can in the Euro’s. The competition for a spot in the squad is at its hardest, so you can’t be sure that you’ll be there, but putting in a good performance in the time running up to the euro’s is definitely one of my targets.

“I feel as though the team is moving in the right direction and will only getting stronger in the next year.”

While Manning is relatively new to the GB Police side, Ashton-Jones has been within the Police GB team for seven years, saying the side has improved massively over the time frame and that it is still an honour to represent the side:

“The team has evolved and improved so much over that time. We now have several players who play at a high standard of national football across the U.K. that represent the team, including some international players that have represented their country in World Cup qualifiers. Our aim is to compete with some of the top nations at the tournament next year as we have a squad strong enough to do that now.

“I’ve always enjoyed playing for the GB team, it’s a privilege to represent the Police Service at such a high level. I hope to continue to being involved in the squad for as long as I can.”