Gills put three points on the board following 1-0 victory over Lincoln.

Gillingham manager Steve Evans was delighted with his side’s performance after their 1-0 victory over Lincoln City in League One at MEMS Priestfield Stadium on Saturday.

The Gills went ahead in the first half thanks to Mikael Mandron’s volley, and they continued to dominate after the break, and probably deserved to win by a greater margin.

Evans said: “I think the first half was tough, both teams have got a good shape, good organisation about themselves, I think we are the side who has probably questioned why we’re not in front before we actually go in front.

“They [the players] all deserve enormous praise. The support all around the stadium was fantastic too. That’s the mission here, that every player represents that Gills support. We have some men on the pitch, we have some characters.

“Some of the quality of our play in our second half was fantastic. I have to say the second half for 40 of the 45 minutes was the best under me, and that’s credit to them. They’re working so hard on the training ground, and they just carried on the second half of last week. The players gave us everything.” 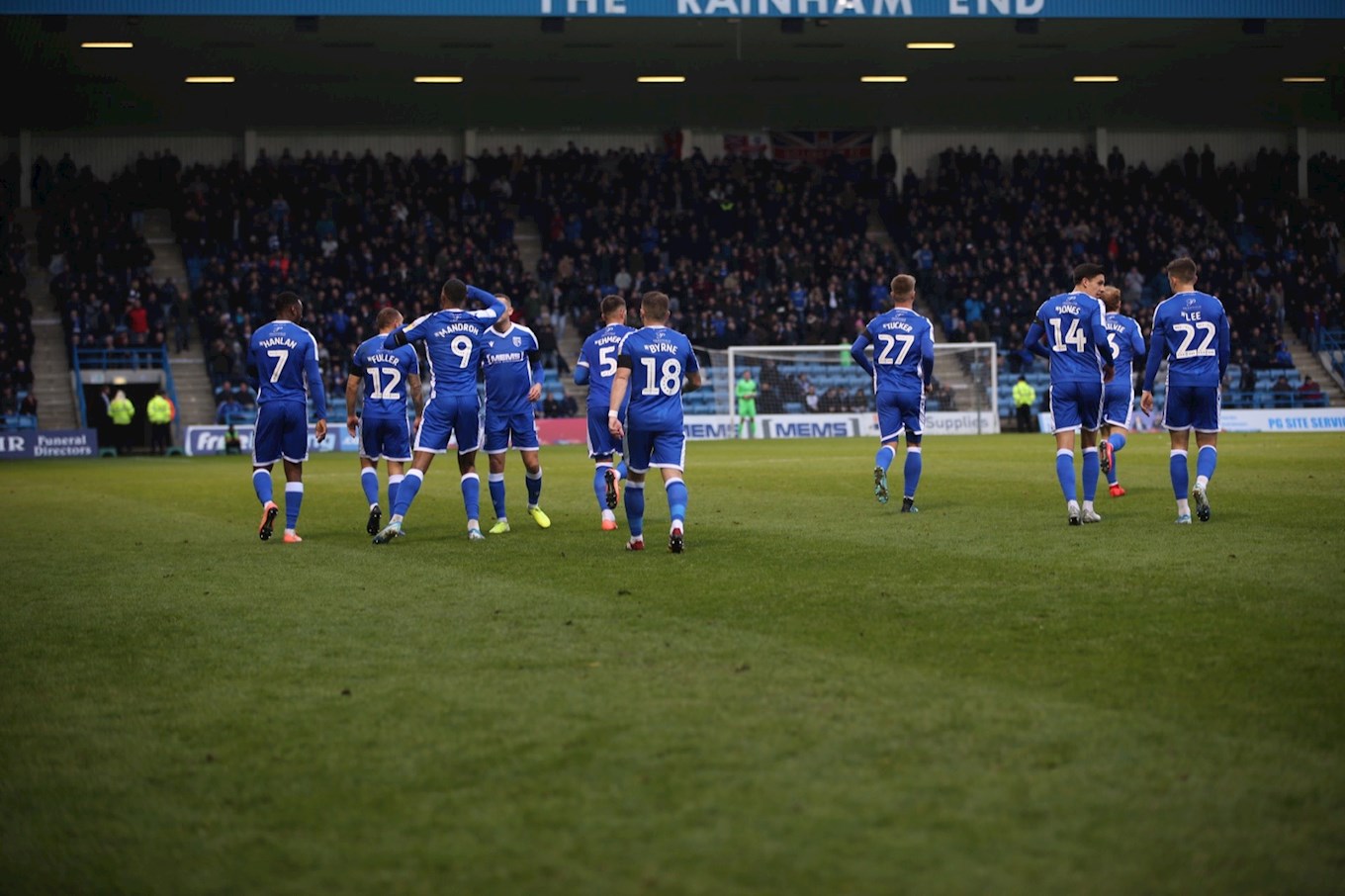 The manager also had praise for Mikael Mandron, who produced a fine all-round display, as well as netting the winner. He added: “I’m especially delighted for Mikael, he wasn’t quite up to speed with us when we got him in, but he’s working so hard now. He played well and he’s a handful. We should have killed the game, had we got the second I think we could have won three or four. Our boys were terrific and deserved to win.”

Evans once again was pleased with the performance of Jack Tucker, who came back into the side at centre-back after missing out against Sunderland last week. He said: “The kid is going to play higher than us if he keeps his feet on the floor. We said at half-time, when they brought Akinde on, that this will be a real test for Jack. He got brilliant support from Barry and Max, and Connor. The whole team deserve immense credit.”