Gillingham bowed out of the Leasing.com Trophy with a comfortable 2-0 win over Tottenham Hotspur U21s at the MEMS Priestfield Stadium on Tuesday evening.

Goals in each half from Alex Jakubiak and Jack Tucker, the latter scoring his first professional goal in the process, were enough to see the Gills take all three points, although they still exit the competition at the group stage.

Steve Evans and Paul Raynor, the Gills assistant taking charge of the team on the night, made a host of changes from the side that drew 1-1 with Sunderland at the Stadium of Light on Saturday. Connor Ogilvie was the only man to keep his place from the weekend, with Henry Woods making his first Gills appearance since his loan spell at Concord Rangers. Ben Pringle was unavailable for selection after his wife gave birth in the early hours of the morning. 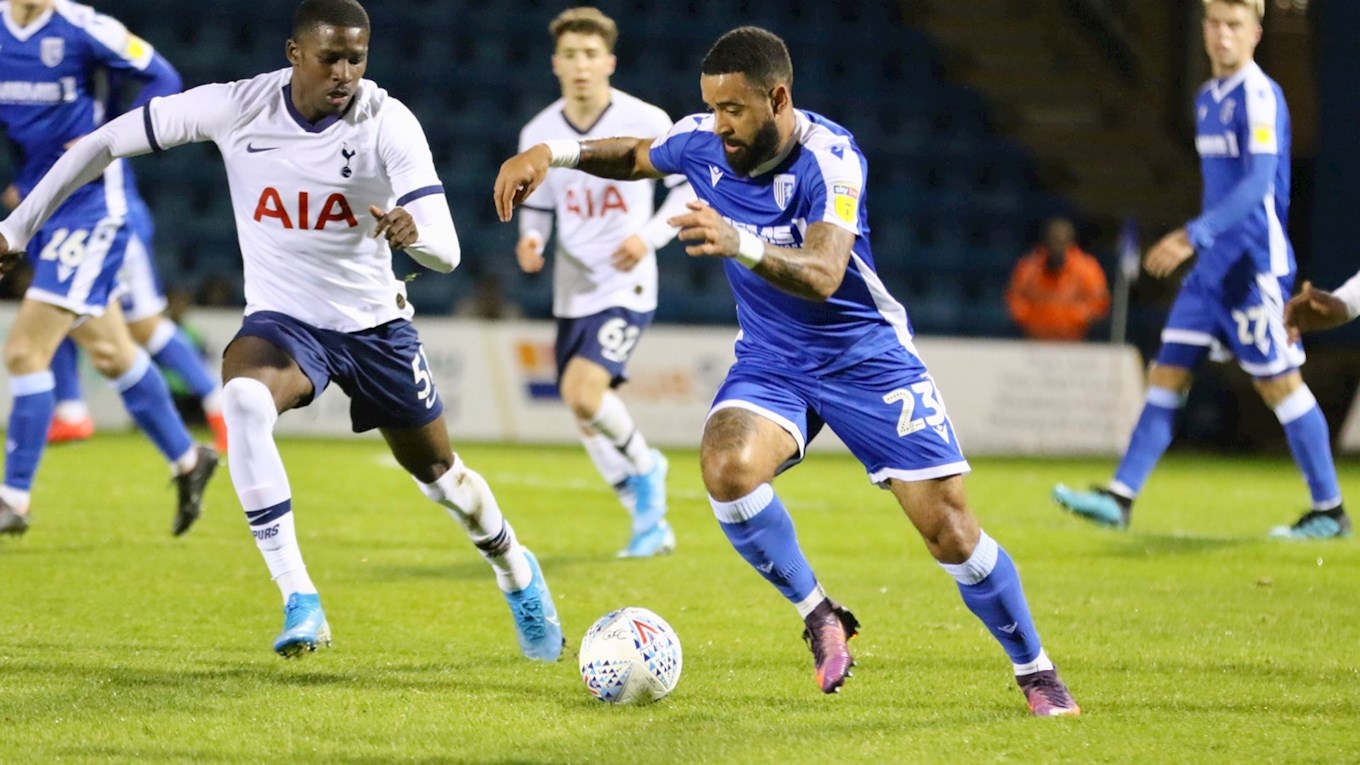 J’Neil Bennett had the game’s first effort inside two minutes, cutting in from the left before curling a shot straight into the hands of Joe Walsh. The Gills first strike came from Mikael Ndjoli, who fired a shot wide of the near post after a ball over the top from Alex Jakubiak.

Spurs came close again after ten minutes, when Bennett’s cross was just too far ahead of Shilow Tracey at the far post. Just before the 25 minute mark, the Gills were ahead. Ousseynou Cisse did well to make room on the edge of the box, and fed Jakubiak, who drilled his shot into the far corner to make it 1-0.

They nearly doubled their lead moments later, as Mark Marshall drove for the byline, and crossed for Jack Tucker, whose header was cleared off the line.

At the other end, Spurs looked to respond as Armando Shashoua laid the ball back to Harvey White, who struck his shot just over the bar. Rodel Richards was the next Spurs player to try his luck, firing an effort across goal from a tight angle.

Tottenham had the first chance of the second half, as the ball fell kindly to Richards in the area, but he couldn’t keep his shot down, and it went harmlessly over the bar.

With 77 minutes played, the Gills made their first change, as Stuart O’Keefe replaced the injured Henry Woods. Moments later, the home side doubled their advantage, when Marshall brilliantly crossed for Jack Tucker to head home his first senior goal, and make it 2-0 in the progress. 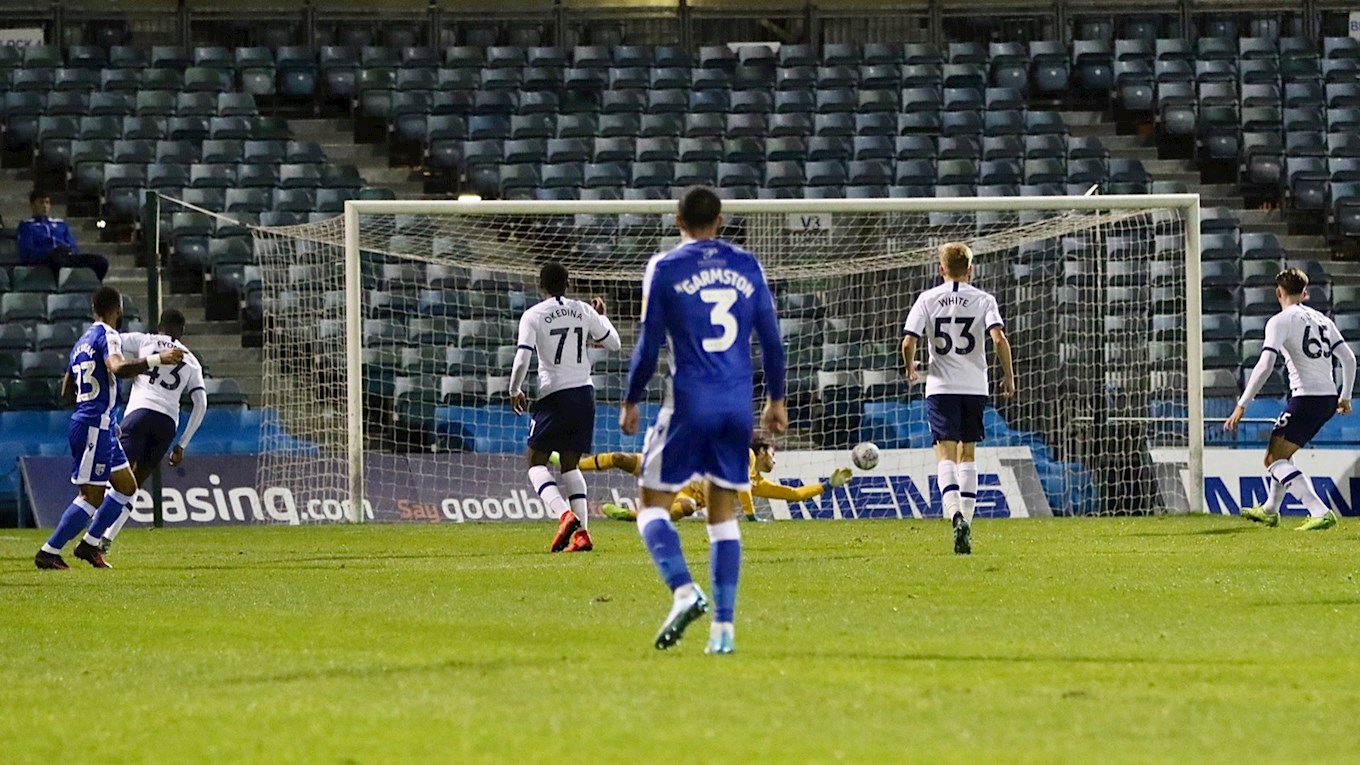 Spurs tried to respond at the other end, as Bennett picked the ball up from range, before curling his shot just over the bar. They came forward again as the game entered the final ten minutes, with substitute Maurizio Pochettino crossing for fellow sub Rayan Clarke, who saw his shot well blocked by Connor Ogilvie.

Marshall looked to add another one late on, but he saw his shot well saved by Alfie Whiteman in the Spurs goal. The Gills had the final shot deep into stoppage time, as Regan Charles-Cook pulled the ball back to Jakubiak, but his deflected shot was comfortable for Whiteman.