Gillingham Manager Steve Evans was left frustrated as a second half comeback from Tranmere meant Gillingham had to settle for a point at Prenton Park on Saturday.

Goals from Alex Jakubiak and Alfie Jones had put the Gills in control, but second half strikes from Paul Mullin and Connor Jennings meant it ended all square in Birkenhead.

Reflecting on the game, Evans said: “It was a game of two halves. We were by far the superior side in the first half, and Tranmere were better in the second. They’ve started really well in the second half and we’ve given away a needless penalty.

“We don’t make first contact from the corner and then there’s two half clearances before they stick it in the net. You then know what you’re going to get after that. They carved down our left-hand side and that’s where they got the second goal.”

Evans was, however, pleased with some of the attacking play on show in the first half. He said: “The first goal was off the training ground; we did quite a bit of work on it yesterday so that’s pleasing. The second Ben (Pringle) puts in a good cross, the keeper gets a bit lost and Alfie (Jones) scores and we’re totally dominant then. When you come away from home, in isolation it’s a good point, but after being 2-0 up it's certainly two points lost.”

Despite the second half setback, Evans remains confident that his new look Gills side will keep improving. “We’re going home disappointed, Evans said. “This is a hard league to win games, I can remember saying at Rotherham and Mansfield that we will be so much better come December and January. That’s not a question, that’s a fact. Can we get ourselves into the top half group? Well, had we won today we were almost in it. This team is nearly there.”

After signing on Wednesday, new signing Ben Pringle went straight in to the starting XI, and Evans was pleased with what he saw. “I thought Ben Pringle was fantastic today for most of what he did. When you consider that we’ve put young Tommy (O’Connor) in there and Ben, we’ve got real balance there down the left hand side. I think our fans will like him.” 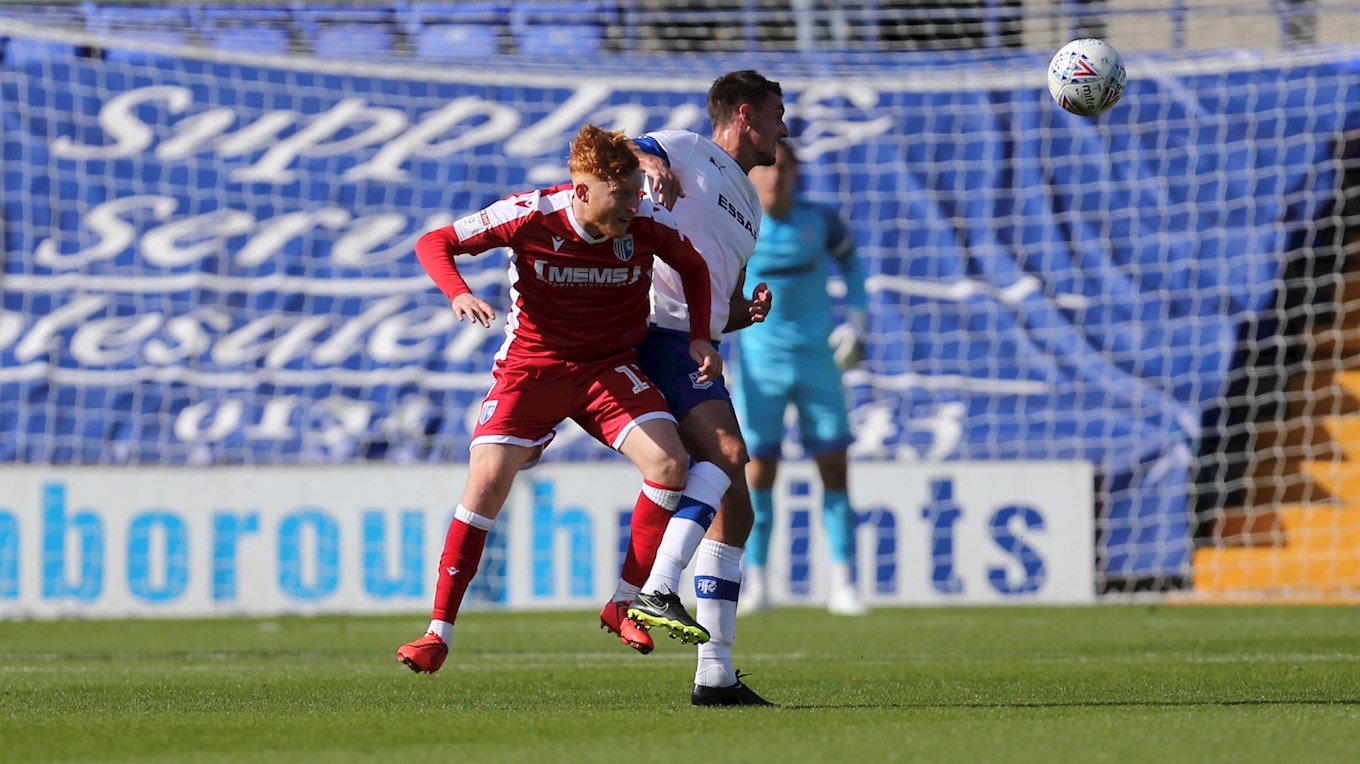 Evans added: “Our fans, who I thought were tremendous today, will go away as disappointed as we are, probably more so. We do it for a living, and they spend their hard earned money.

“Jack (Bonham) was good today, his handling was assured. We’re pleased with Jack; we’re pleased with the whole group. We’ve got another behind closed door game at Priestfield when we entertain a Premier League team so that’ll be important for the players that need those minutes.”

Asked about the form of Alex Jakubiak, who netted his fourth goal of the season, Evans likened the on-loan forward to former frontman Tom Eaves, who was prolific in his time in Kent. Evans said: “He didn’t have a great goal scoring record, but neither did Tom Eaves, he got about four goals in five years and then he came to Gillingham and he was prolific. I always believed that Alex would get goals, I watched him in the 23 games at Watford and a couple through pre-season and he looked as if he will get goals.”