Kent Pro Images were with HMS Medway for their visit to Priestfield on Saturday.

Everybody at Gillingham Football Club was proud to welcome members of the crew from HMS Medway to MEMS Priestfield Stadium on Saturday.

The management, GFC School and club staff were delighted to tour the vessel earlier in the week, which was sailed off from Chatham Dockyard on Monday morning.

The 2,600-tonne, 90-metre long ocean-going warship will be based in Portsmouth. This ship is the eleventh HMS Medway, the first to carry the name in nearly half a century.

They will undertake a variety of roles, including counter-terrorism, anti-smuggling, maritime defence and counter-narcotics as well as securing the UK’s borders and protecting UK interests around the globe. 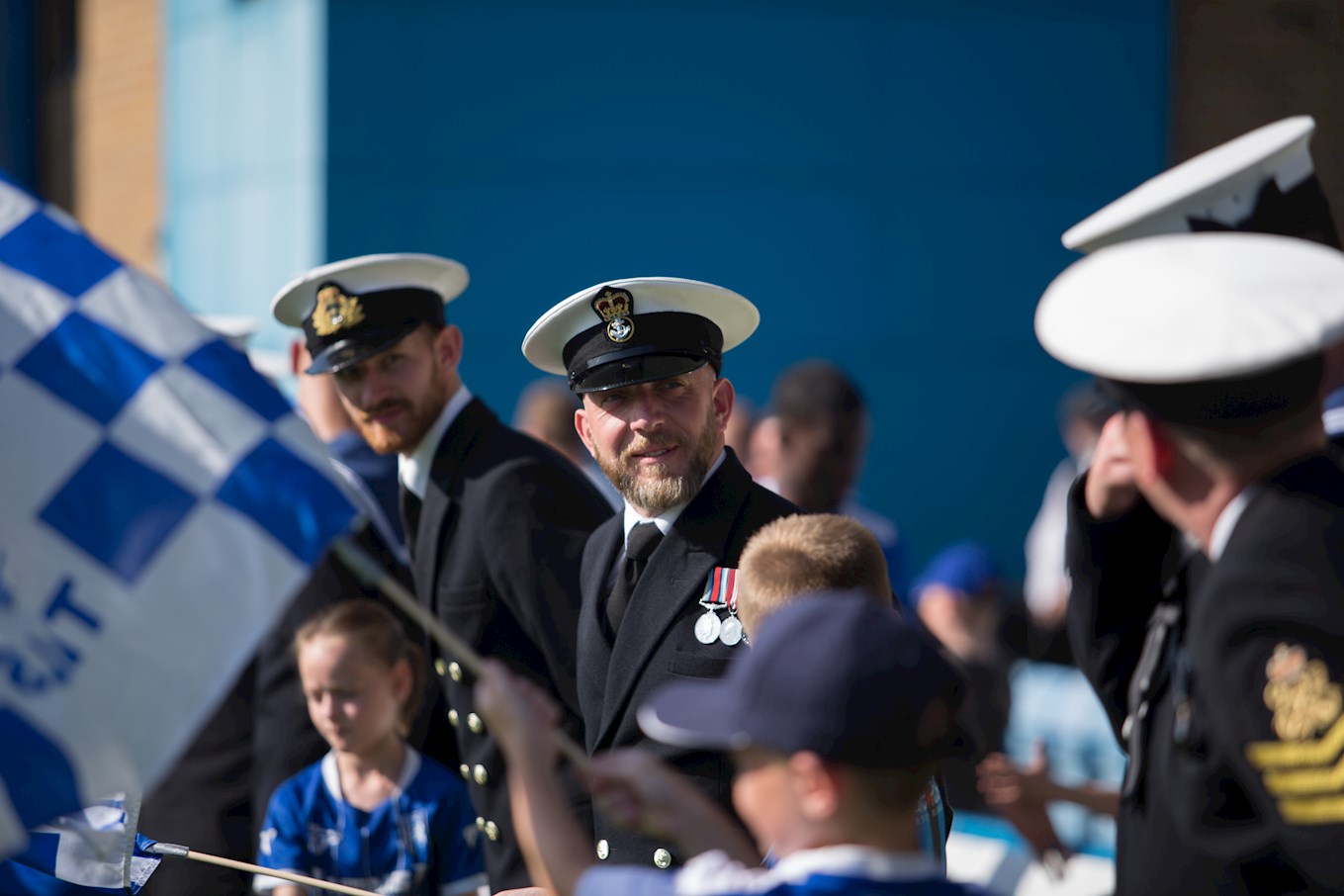 The first steel for HMS Medway was cut by BAE Systems in June 2015 in Glasgow. The ship’s company then moved on board in May 2019 and the ship first sailed in June, joining her sister ship HMS Forth in Portsmouth.

HMS Medway then began sea trials that were completed in just 75 days which according to naval records is the shortest time since World War II.