Gillingham’s last pre-season friendly ended in a narrow defeat at Leyton Orient as a late Danny Johnson winner proved to be the difference between the two teams at the Breyer Group Stadium.

New signing Chris Maghoma was due to start the game, but the central defender came off during the warm-up and was replaced by Alex MacDonald in the starting XI. Kyle Dempsey also had a slight knock and so missed out; Matty Willock coming in as a replacement.

The management elected to run with a 3-5-2 formation with Jordan Graham and Vadaine Oliver in attack. Robbie McKenzie, initially due to play in midfield, moved to centre-back alongside Jack Tucker and Zech Medley.

The first opening of the game fell the way of the Gills. A free-kick taken from wide on the right-hand side found its way to Vadaine Oliver, but his effort was deflected in to the hands of the O’s keeper without too much trouble. 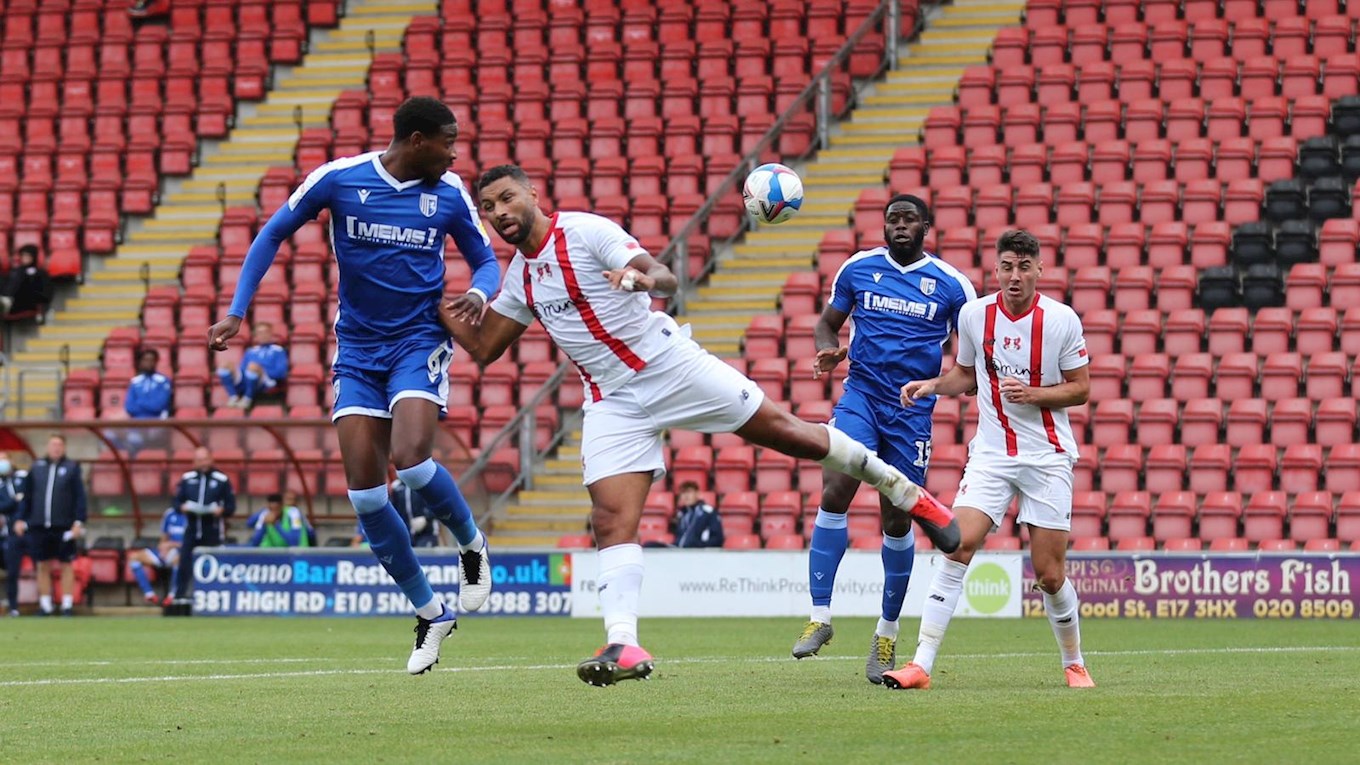 Just before the twenty-minute mark the Gills game close to taking the lead after some good play from Ryan Jackson. The full-back took on his man down the right-hand side before delivering towards Oliver. The forward knocked the ball down to the on-rushing Jordan Graham, but the forward couldn’t beat Vigouroux from close range.

Leyton Orient’s first chance of the tie came midway through the first half when the experienced Jobi McAnuff cut in and fired straight into the arms of Jack Bonham from 20 yards. From almost the same position, McAnuff tried his luck again just minutes later but again Bonham denied the midfielder, this time it was a more regulation save for the visiting number one.

The Orient line-up featured a number of former Gills players with Josh Wright, Conor Wilkinson and Ouss Cisse all starting for Ross Embleton’s men, and it was the latter who had the best chance of the opening half. An Orient break saw the ball drop to Cisse in the box but his header was saved by Bonham.

Gills made a triple substitution just before the hour mark. John Akinde, Brandon Hanlan and Jacob Mellis were all introduced as Steve Evans looked to add some impetus for the second half.

The changes certainly livened up the Gills who had their best spell of the game following the introduction of the subs. Mellis shot wide a minute after coming on, before firing over the bar following some good work from Hanlan.

Despite the positive impact from the subs, Orient really should have taken the lead before the second half drinks break. The ball fell kindly to Jordan Maguire-Drew inside the area but the forward somehow missed the target from ten yards.

Mellis and Henry Woods, who was also introduced into the action, were starting to get a grip of the game and it was Gillingham who were on the front foot. Akinde had a header that rolled just past the post before Woods saw an effort blocked by an Orient defender.

There was to be a sucker punch at the end for the Gills as Orient scored a winner just before the end of the game. A mistake in the Gills backline saw Danny Johnson go through on goal, and the forward finished superbly, chipping Bonham from outside the box. The match ended 1-0.