Former Spurs man determined to kick on after winning four awards during the club's virtual Player of the Year ceremony.

Connor Ogilvie said it was an honour to be voted the club’s `Player of the Year` for the 2019-20 Sky Bet League 1 season.

The 24-year-old defender was part of a virtual awards ceremony last week and scooped four trophies on the night, with Jack Bonham getting two and Jack Tucker winning `Young Player of the Year.`

Connor said to win an award voted for by the supporters gives him extra pride, but his focus is now on trying to improve next season.

Speaking to the club website he said: “It’s an honour to be voted Player of the Year by the fans; it’s a fantastic achievement and I really appreciate it.

“Last year we had a great defensive record and that was our foundation, but it wasn’t just about the back five. We defended from the front in the majority of our games, pressed teams and put them under pressure and we will definitely have that again this year.”

The new season is set to start on September 12 but it is expected the first few games at least will be played behind closed doors. Although Connor believes it will be difficult to get used to, he said the jobs of the players remain the same.

He added: “There’s a lot of players out of contract and clubs are going to be struggling with finance situations but during these times you need to be as hungry as you ever would be. To be under contract for another year at Gillingham presents another opportunity to express what I can do.

“It will be weird without fans for the first few months or however long it may be, but it’s just the world we are living in at the minute and hopefully they will be back in the stadium as soon as possible because, without them, Football is nothing.

“It will be massively different but we are paid to do a job, and the job is to win football games and get results and if that means no fans at the minute then so be it. We want them in, and they spur us on, but you just have to adapt and carry on.

“We want to be as high up in the table as possible, and that means getting results.”

The squad were in regular contact throughout lockdown with Manager Steve Evans, Assistant Manager Paul Raynor and Fitness Coach James Russell, and Connor thinks their individual programmes and hard work during this period will pay dividends when they return to training, and ultimately begin playing.

He added: “I feel fit, I feel ready to go to be honest. I’ve been working hard during lockdown, as have all the boys, and that will put us in good stead when the season comes back around and we are playing games. I’m in good shape.

“The hunger was there the whole time but to actually get that start date and know there was a plan in place was good and it’s great to be back.

“It was obviously a worry with it dragging out as long as it has. Now we have the all clear to be back training, and hopefully playing soon, it’s a great feeling.” 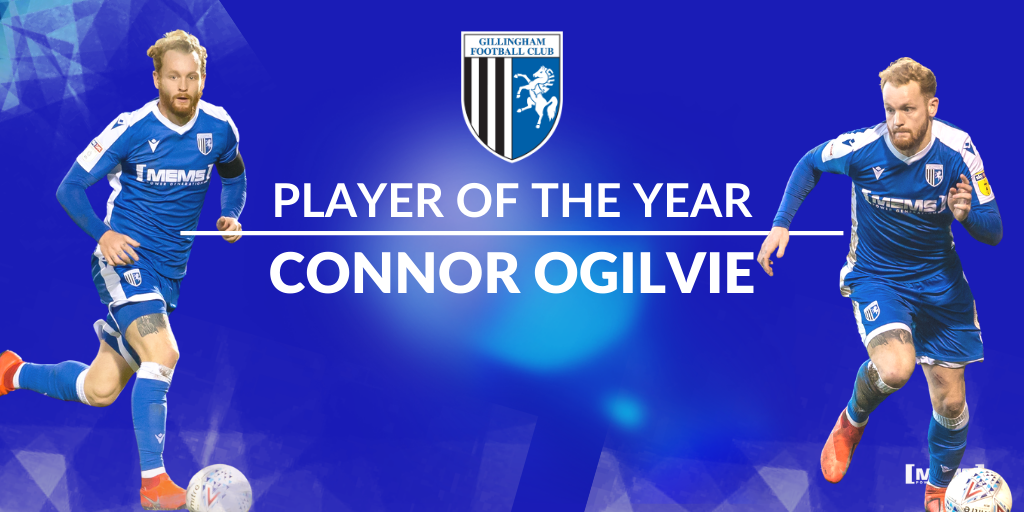 Finally, Connor heaped praise on both Jack Bonham and Jack Tucker for the contributions they made to the team effort last season.

He said: “Bonham had an excellent season; he was there the whole time and kept us in some big games with big saves. Jack Tucker has come in from the previous season having hardly played and he hasn’t looked out of place. He’s been excellent; hopefully he can carry it on, I’m sure he will. He has a great attitude about him.”