Defender back at MEMS Priestfield Stadium.

Ryan Jackson said he is pleased to be back at Gillingham and is looking forward to meeting up with his new team-mates this week.

The defender, who turned 30 on Saturday, re-joined the Gills following three years with Colchester United on Friday, and is keen to get going at a club he knows well. 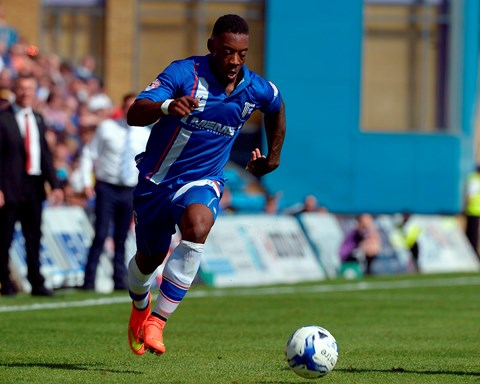 Speaking to the club website he said: “I’m happy to be back and I’m ready to get to work. I had other offers but knowing how the club is and how the fans are, I really enjoyed my time here before so it was a bit of a no brainer to come back.

“I spoke to Steve Evans after the play-off semi-final [with Colchester]. I had a good three-year spell there and last year we had a good cup run and were involved in the play-offs, but I’m now looking forward to coming back.

“No-one likes to be sat at home, I like to keep fit. Since the play-offs I had a week to myself doing my own bits and now I am now looking forward to meeting up with some of the new boys, and some other faces I will already know.

“Obviously it’s a strange situation having no fans but I still look forward to the time when I play in front of them, they welcomed me with open arms last time and they always supported me.”

Ryan hasn’t had long to recover from the play-offs, but he said given the choice he would prefer to be back to work sooner rather than later.

He added: “I prefer it that way to be fair; there were no games for about four months which us quite a long period of time. Some have waited longer if they haven’t been involved in play-offs, it was good to be back on the pitch and trying to achieve something. It’s a shame we couldn’t but it was still good to be back in the swing of things.

“One thing I have learnt during my career is that anything is possible as long as you believe and have a good team spirit. We are winners at the end of the day so I’m sure it’s [challenging the top group] is a task we will all look forward to.”

The full-back was asked what memories he has from his first Gills spell.

“I remember my first year; we beat Millwall 3-0 at the Den – that was a good memory,” he said. “I recall Dominic Samuel scoring and I think Dacky did too. I remember the atmosphere and it was a good game to be involved in; that was one of my standout games which I really enjoyed.”