Q: Having had time to reflect further on yesterday's win, what pleased you most about the display?
A1: The desire to win a football match in this squad is outstanding.
The lads had to cope with playing late on Wednesday and kicking off early yesterday and they got the three precious points on offer.
One pleasing aspect was the drive and ability of our young captain, Kyle Dempsey, who is getting better every single week.
He is a top player and he conducts himself in a way any parent, club, and manager is proud of!
Q: On returning home Thursday you had less than two days to prepare the team for Swindon. You said you were a touch worried regarding energy levels; considering the quick turnaround how proud were you of the boys?
A2: I was very proud but given the short turn around I was perhaps fortunate to get away with it, simply next time I would make several changes.
The lads are very fit and it was demonstrated yesterday.
In the later stages of the game the lads were running the strongest and with that inner desire you either have or not, that ingredient cannot be coached - thankfully all our lads have it.
Q: Swindon started really well and they will perhaps feel they should have gone ahead, but credit to Vadaine who took his chance incredibly well?
A3: Vadaine is in top form, another lad who, given everything, I would be very proud to call my son..... he is a wonderful person.
He is in top class form, dominates his opponents and is like our skipper in that he continues to improve each week.
Q: We spoke about defensive solidity on Wednesday. The discipline, regarding shape, was clear for everyone to see on their screens yesterday. How satisfying is it to keep clean sheets?
A4: Clean sheets give you a chance to win close matches and as I discussed with the lads we have not had enough of them.
It is a collective responsibility to score and to defend, we score together and concede together. The lads here have bonded incredibly well, they are so young and talented..... I love working with them!
Q: Trae Coyle came on and he certainly made an impact. His finish was a calm and composed one for such a young forward?
A5: Trae is a stunning finisher and scoring goals is a massive attribute of his.
He is having to learn the other side of football whereby you have to first and foremost work so hard for the team.
He has been fortunate in that he has been at Arsenal where, at all age groups, they dominate the ball and in that environment he will always shine.
I love the kid and the ability he has. He has a big part to play and him working hard will dictate that as the quality and goals come naturally to him.
Q: Ryan Jackson made his 100th appearance for the club on Wednesday and followed that with another excellent performance yesterday. The entire back five are proving fairly consistent?
A6: Jacko has been very good for us and he is enjoying his football.
Now he has been his 100th appearance for us he can go in search of another century.
He is a gifted player, a lad who listens and always wants to improve.
There is competition to be in that back five with several options. I am sure the likes of Zech Medley and Declan Drysdale amongst many want a starting shirt, so it’s great.
Q: It's Cambridge on Tuesday in the Papa John's Trophy. If possible, will you change all XI knowing we have six games in the space of 23 days over Christmas?
A7: We do not have the squad numbers to make 11 changes, but if we did we would.
We will make many changes, in fact as many as possible.
We have players in the squad, plus a few youngsters, deserving of a chance and they will get it on Tuesday.
Q: Will Zech Medley and Josh Eccles be available for this one? Has it come too soon for Jordan Graham?
A8: I will catch up with the medical staff tomorrow morning and see if we have those lads available.... Jordan regardless will not play as his match minutes are already high.
Q: It's been a good week, and we are on a solid run in the league. How do you sum up the last seven days and what's the key to ensuring we can extend the run further?
A9: Results, as a rule, follow performances and the lads are in a good place.
We will continue to work hard on the training ground and prepare for each match accordingly. 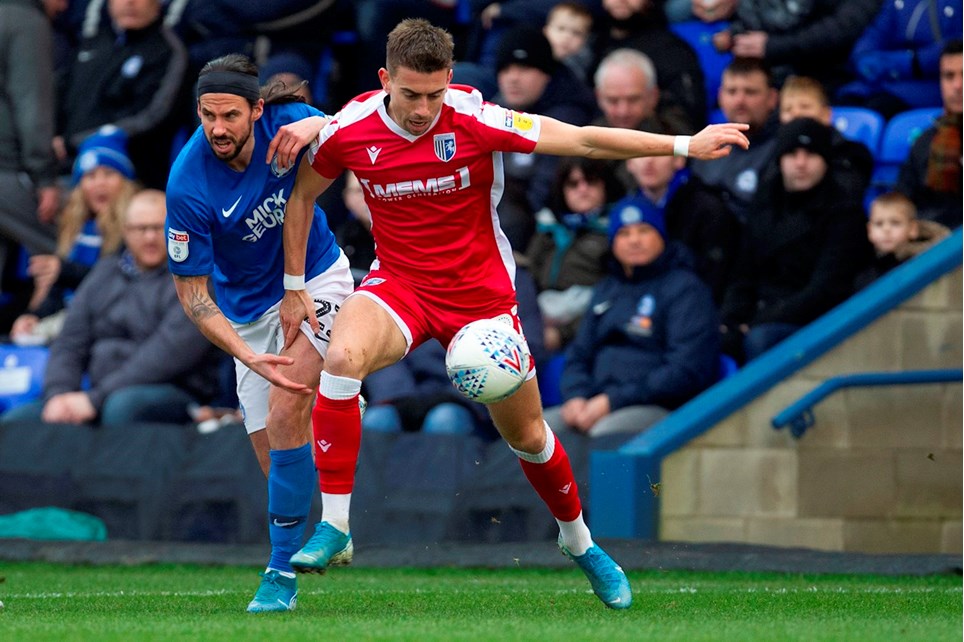