Gills head to the Abbey for the first time since 2003 looking to book a place in the next round of the Papa John's Trophy.

The games keep on coming, and Gills take to the road on Tuesday ahead of the Papa John's second round tie against Cambridge United at the Abbey Stadium (7.45pm).

The Gills booked their place in the second round after qualifying as runners-up in their southern area group, and were drawn against the League Two side who finished first in theirs.

Steve Evans has revealed he will make several changes to his side as he looks to protect players ahead of the busy festive period, however he also feels it is an opportunity for individuals to show they should be starting against Doncaster at the Keepmoat in the league this coming Saturday.

Tuesday's game will see the Gills playing in front of fans for the first time since March, with a select amount of home supporters due to attend at the Abbey.

The tie will be available to stream via iFollow for a one-off fee of £10. The live TV pictures will be accompanied by gtaphics and audio commentary from the team at BBC Radio Kent. 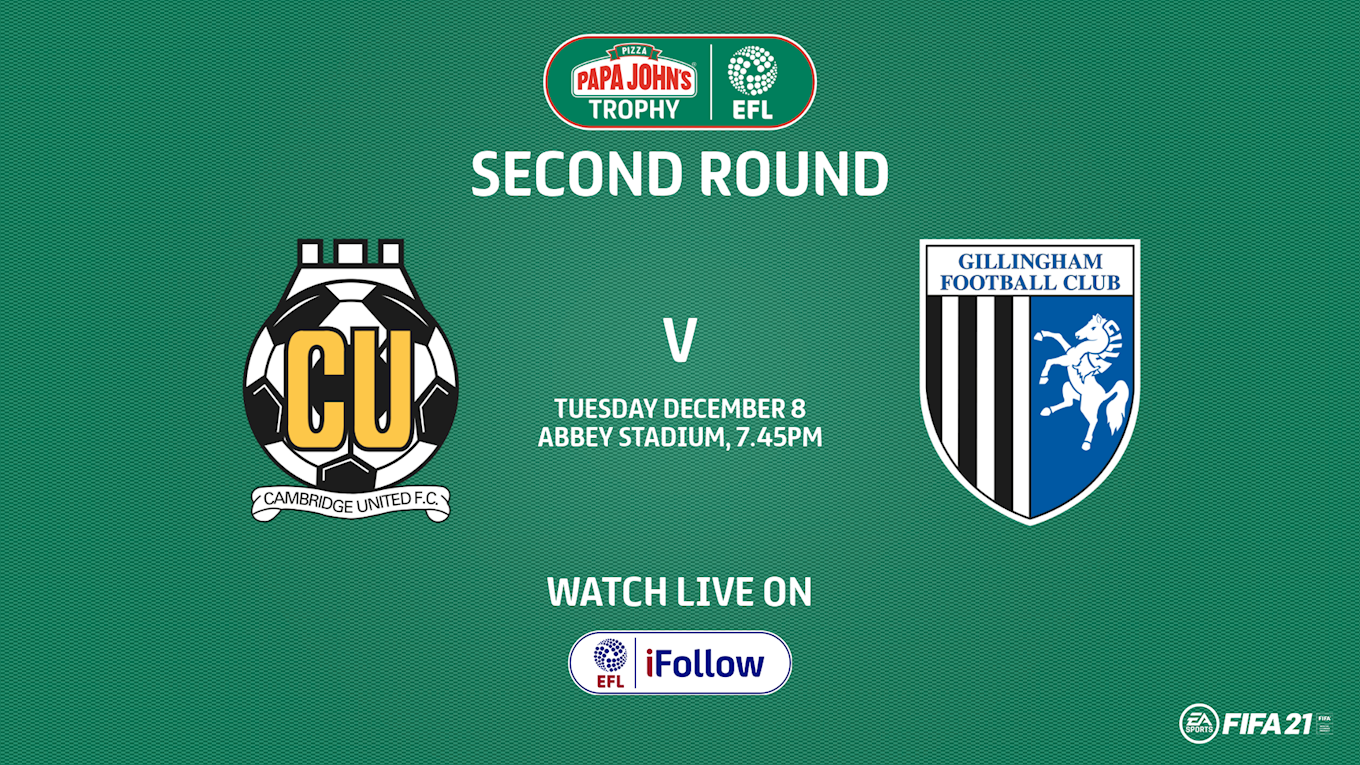