Gills back on the road for the final game before Christmas.

Steve Evans takes his Gillingham side to The Crown Oil Arena this Saturday in the club's final fixture before Christmas (1pm).

The Gills will be looking to get back to winning ways after back-to-back defeats against Doncaster and Accrington respectively, and a victory could see Evans' men enter the top half of Sky Bet League 1 prior to 3pm kick-offs taking place.

Rochdale defeated Wigan Athletic 5-0 at the DW Stadium earlier in the week but haven't won at home since early October. If Gills could record maximum points, it would see them win at Spotland for the first time in the league since 2009.

The game is available to stream via iFollow for a one-off fee of £10. Simply click here, or via the below graphic, to purchase your pass. The match kicks-off at 1pm and, as part of the price, you will get access to match graphics and commentary from the team at BBC Radio Kent. 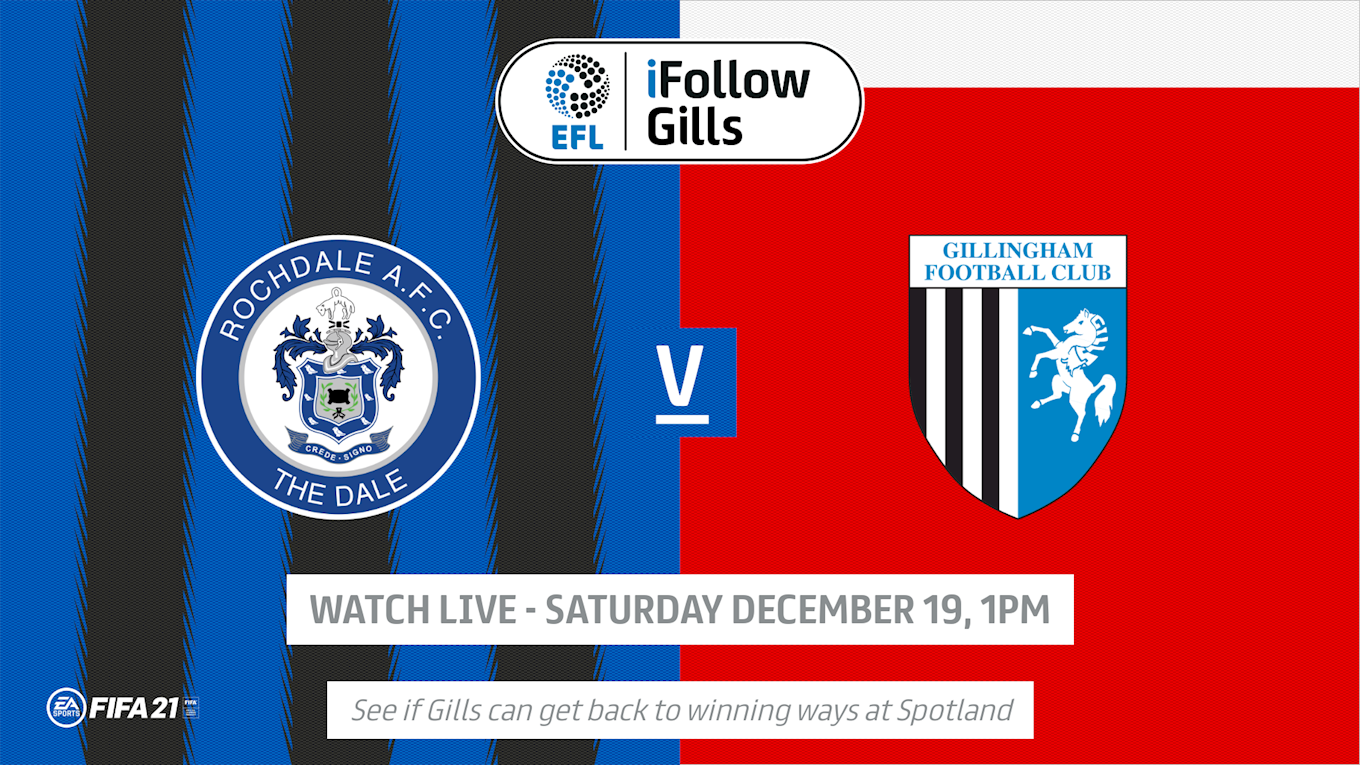