Brandon Hanlan’s header in the final seconds of added time gave Gillingham their second away win of the season with a 3-2 win over Blackpool at Bloomfield Road.

The Gills were a goal down in the opening few minutes through Armand Gnanduillet’s goal. They turned it around in three second half minutes though, with goals from John Akinde and Regan Charles-Cook putting them ahead.

Blackpool thought they’d snatched a point in the first minute of added time thanks to Nathan Delfouneso, but Hanlan’s header sent the 125 travelling fans wild, and sent them home with all three points.

Gillingham manager Steve Evans made two changes to the side that picked up a goalless draw away at Burton Albion on Saturday. Matty Willock and Olly Lee dropped down to the bench, with Jordan Graham and Brandon Hanlan coming into the side in their place.

Blackpool had the game’s first chance within five minutes, as a corner from the right dropped the way of Gary Madine, but his acrobatic volley was well kept out by Jack Bonham.

Moments later the hosts had the lead, as Gnanduillet danced between a couple of challenges on the left, before sliding the ball into the far corner and putting Blackpool ahead. 1-0.

The Gills had their first opening just short of the 20 minute mark, when Brandon Hanlan turned well on the edge of the area, before hitting his shot wide. At the other end, Kiernan Dewsbury-Hall played in Connor Ronan down the left, who cut inside before shooting narrowly wide of the near post.

Soon after, it was Madine’s turn to try his luck, striking a free-kick over the bar from just outside the box. For the visitors, Connor Ogilvie’s cross picked out Hanlan in the middle, but he couldn’t get enough on his header, and it went wide of the far post.

But it was Blackpool who should have doubled their lead though, as Marc Bola’s low drive landed at the feet of Madine, who somehow was unable to turn it home from inside the six yard box.

The Gills made their first change at half-time, with Stuart O’Keefe coming on to replace Jordan Graham.

Blackpool had the second-half’s first chance, as Liam Feeney’s cross was cleared out as far as Matty Virtue, whose wild shot never looked like causing any problems. The hosts were still having the better of the chances, with the next coming to Dewsbury-Hall, who fired wide from just outside the box.

With 20 minutes to play, the Gills made their second change, with Regan Charles-Cook replacing Ben Pringle. It was then Ronan’s turn to have a go, cutting in off the left before firing a low shot into Bonham.

With 73 minutes on the clock, the Gills were level. Jordan Roberts played a great ball through to Akinde, who kept his cool and found the finish past Chris Maxwell for his first goal for Gillingham. 1-1. 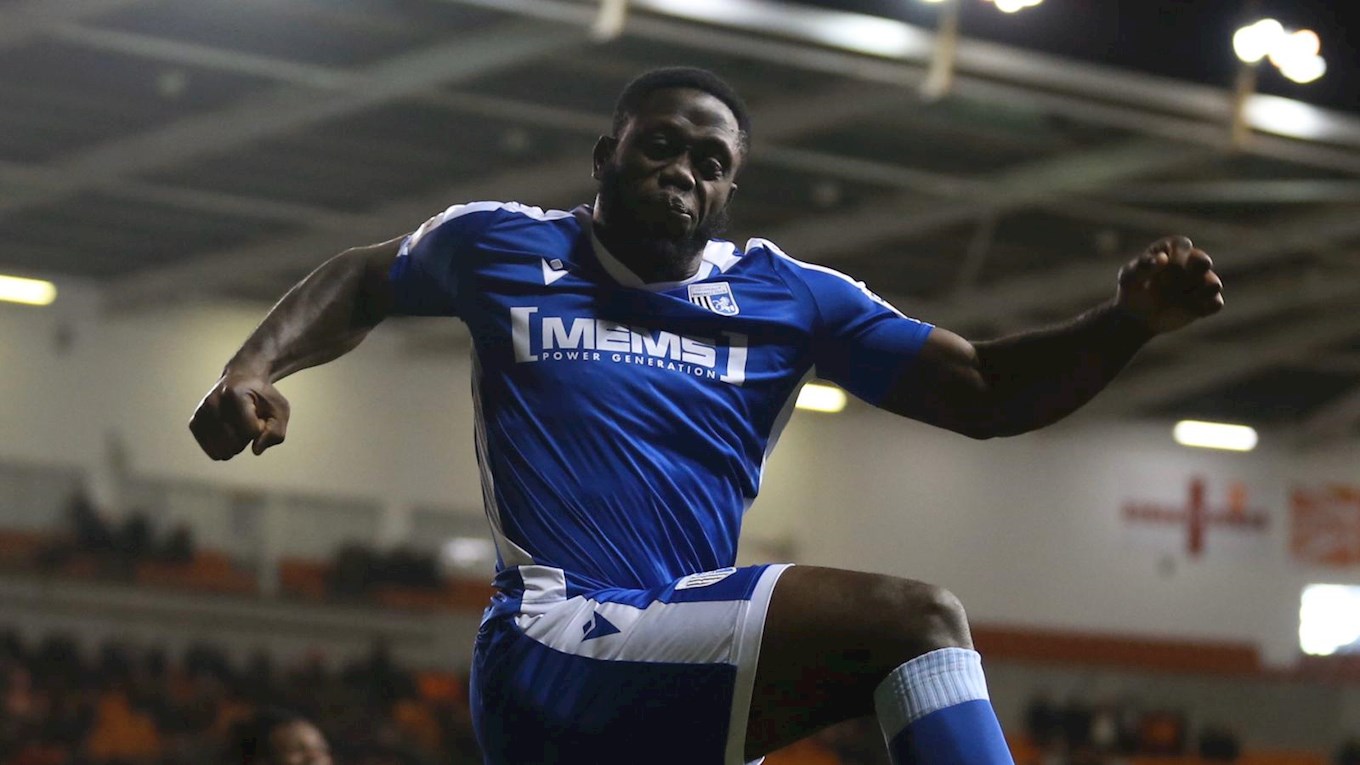 Moments later the Gills had turned the game around. A long ball forward from Bonham picked out Charles-Cook, who took it down on his chest before smartly volleying into the corner. 1-2.

The Gills constant pressure continued, and seconds later they came close to another, as Jack Tucker headed Charles-Cook’s corner against the bar.

As the game entered added time, the Gills made their third and final change, with Mikael Mandron coming on to take the place of Roberts.

In the first minute of added time, Blackpool pulled level, as Feeney crossed for Nathan Delfouneso, who headed it in at the far post. 2-2.

But despite that, it was the Gills who got the winner, as Brandon Hanlan headed home from inside the six yard box from Tommy O’Connor’s corner in the game’s final act, to earn all three points in dramatic fashion. 2-3. 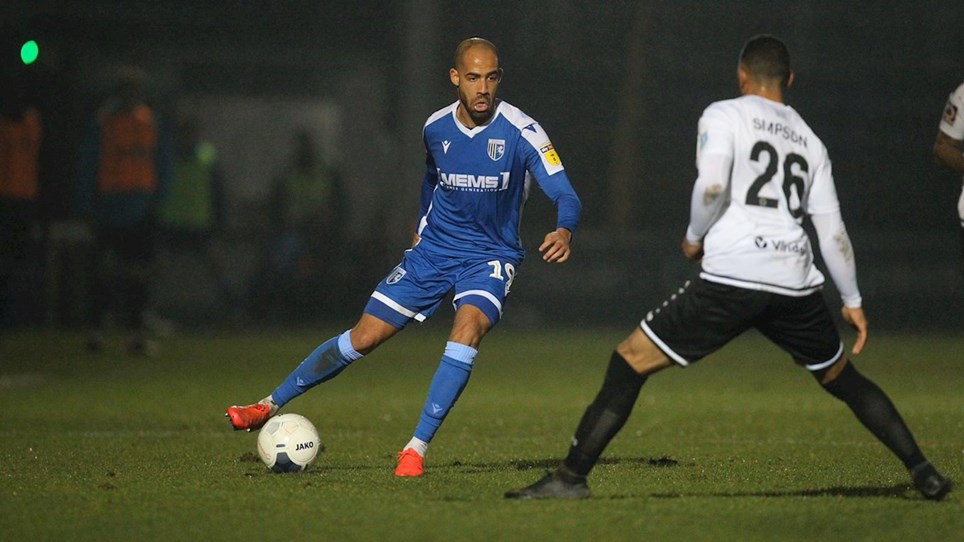 
Five star display from Gills in the second half books the club a final four spot in the Kent Senior Cup. 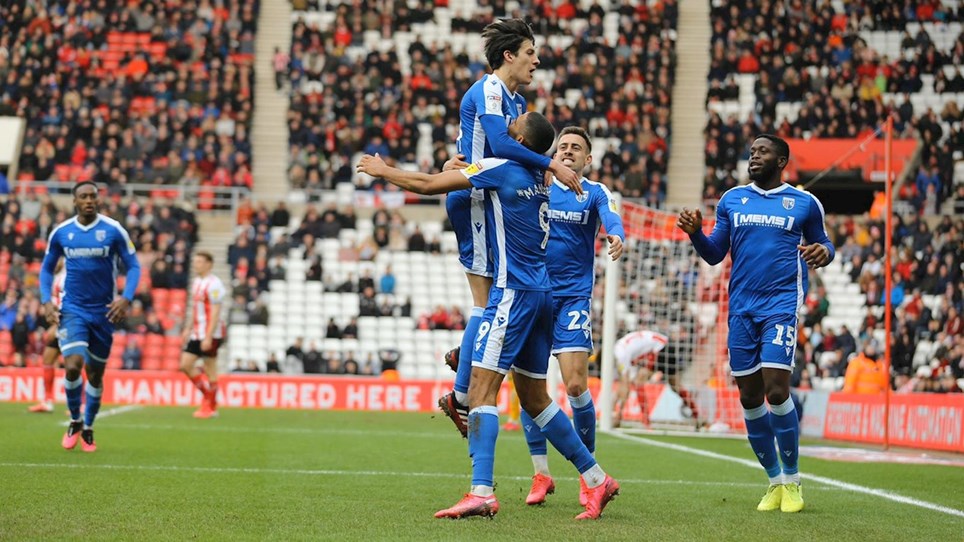 
Last gasp drama in Sunderland as Mika Mandron fires home with the last kick of the game to earn Gills a point. 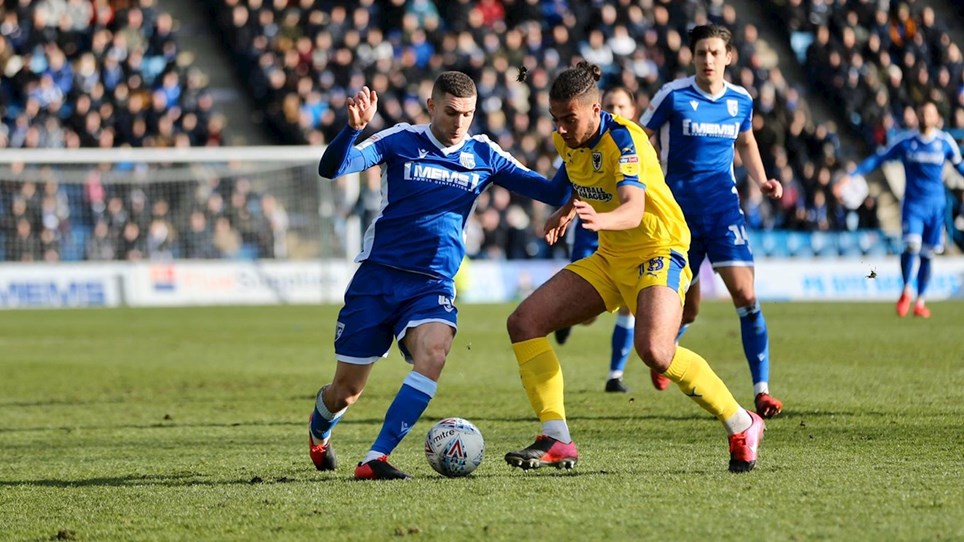 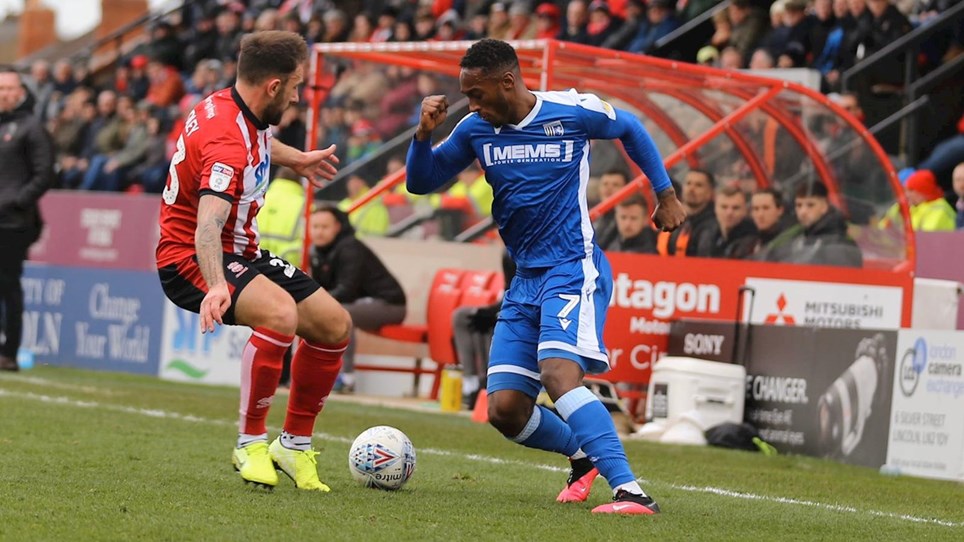 
Points shared at the LNER Stadium.