Henry Woods and Regan Charles-Cook on target as Gills progress in the Kent Senior Cup.

Gillingham progressed to the third round of the Kent Senior Cup with a 2-0 win over Bromley at the Westminster Waste Stadium on Tuesday evening.

Goals from Henry Woods and Regan Charles-Cook were enough for the Gills, with Joe Walsh preserving the lead in the second half with a fine save from Adam Mekki’s penalty.

Gillingham, managed on the night by Paul Raynor, assisted by Craig Stone, named an entirely rotated team from the side that faced West Ham just 48 hours earlier. Senior players such as Ben Pringle and Mikael Mandron appeared alongside youth players Matthew Baker and Emmanuel Fernandez.

Bromley had the game’s first opening, as a loose ball fell to Ollie Tanner in the box, only to shoot over the bar. After a quiet spell, Tanner had the next chance as well, striking over from the corner of the penalty area.

Moments later, the Gills took the lead, as Lee Hodson found Henry Woods in room in the box, and he turned and found the far corner. Just after the half hour mark, Bromley looked to level in spectacular style, as Michael Klass took aim from near the halfway line, only for the ball to land on the roof of the net. 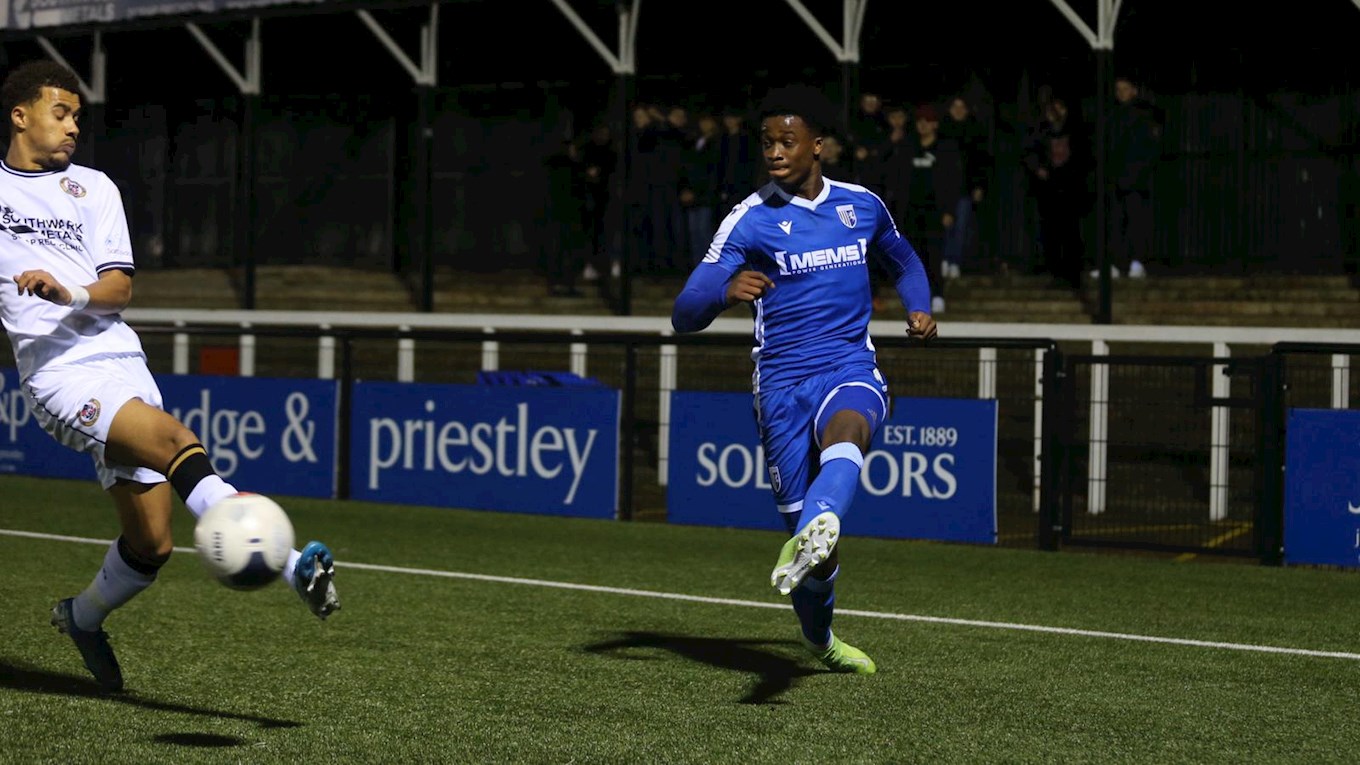 Just before the break, Bromley were nearly level, as Adrian Clifton looped a header over Joe Walsh, and off the crossbar. Up the other end, Regan Charles-Cook tried his luck, with his shot well kept out by Tarek Najia in the Bromley goal.

Bromley had the first chance of the second period within moments of the kick off. Clifton turned well in the area, only to be brilliantly denied by Joe Walsh. They had the ball in the net just a couple of minutes later thanks to Michael Yamfam, only to see him flagged offside.

The Gills had a chance to double their lead at the other end, as Charles-Cook lifted a fine pass through to Marshall, who saw his lob land just wide of the post. With just over ten minutes to go, Bromley were awarded a penalty after Matt Baker brought down Ollie Tanner. Adam Mekki stepped up, but was denied by a fine save from Walsh. 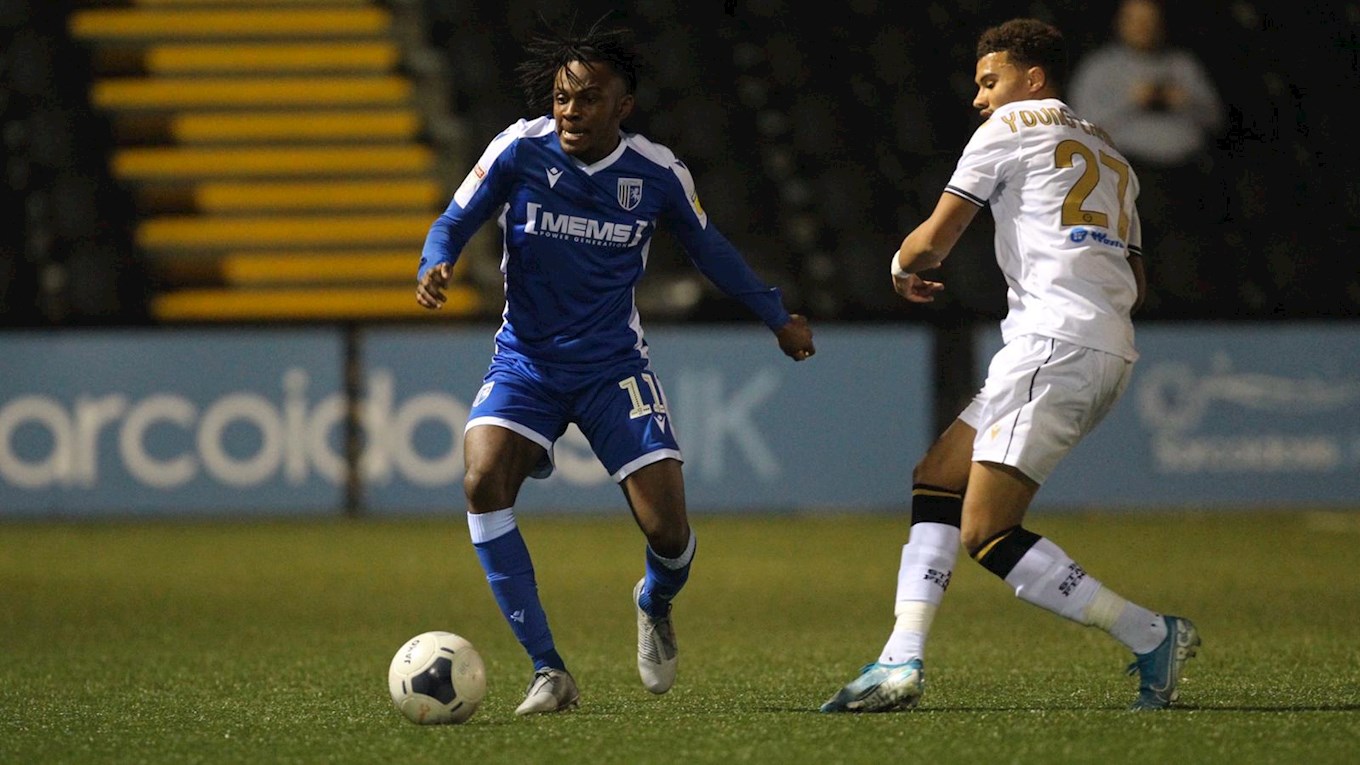 With 81 minutes played, the Gills doubled their advantage, as substitute Matty Willock set up Charles-Cook, who fired in from the edge of the box.