Olly Lee and Stuart O'Keefe find the back of the net as Gills record three important points at ME7.

Gillingham returned to winning ways in Sky Bet League One with a well-earned 2-0 win over Shrewsbury Town at the MEMs Priestfield Stadium on Wednesday evening.

The Gills went ahead midway through the first half thanks to Stuart O’Keefe’s precise effort, and doubled their lead not long after when Olly Lee converted from the spot following a foul on John Akinde.

Gillingham manager Steve Evans made one change to the side that drew 2-2 away at Rochdale at the weekend, with Ben Pringle coming in to replace Brandon Hanlan, who dropped to the bench.

The Gills had the first big chance after five minutes, as Akinde, making his home debut, found room on the left and crossed for Olly Lee, whose shot brushed the side netting. Shrewsbury had their first chance 20 minutes in, as Daniel Udoh fired a ball across to Shaun Whalley, who headed over from the edge of the six yard box.

After 25 minutes, the Gills were ahead as Stuart O’Keefe found room on the edge of the area and curled the ball beyond Max O’Leary into the corner. 1-0. 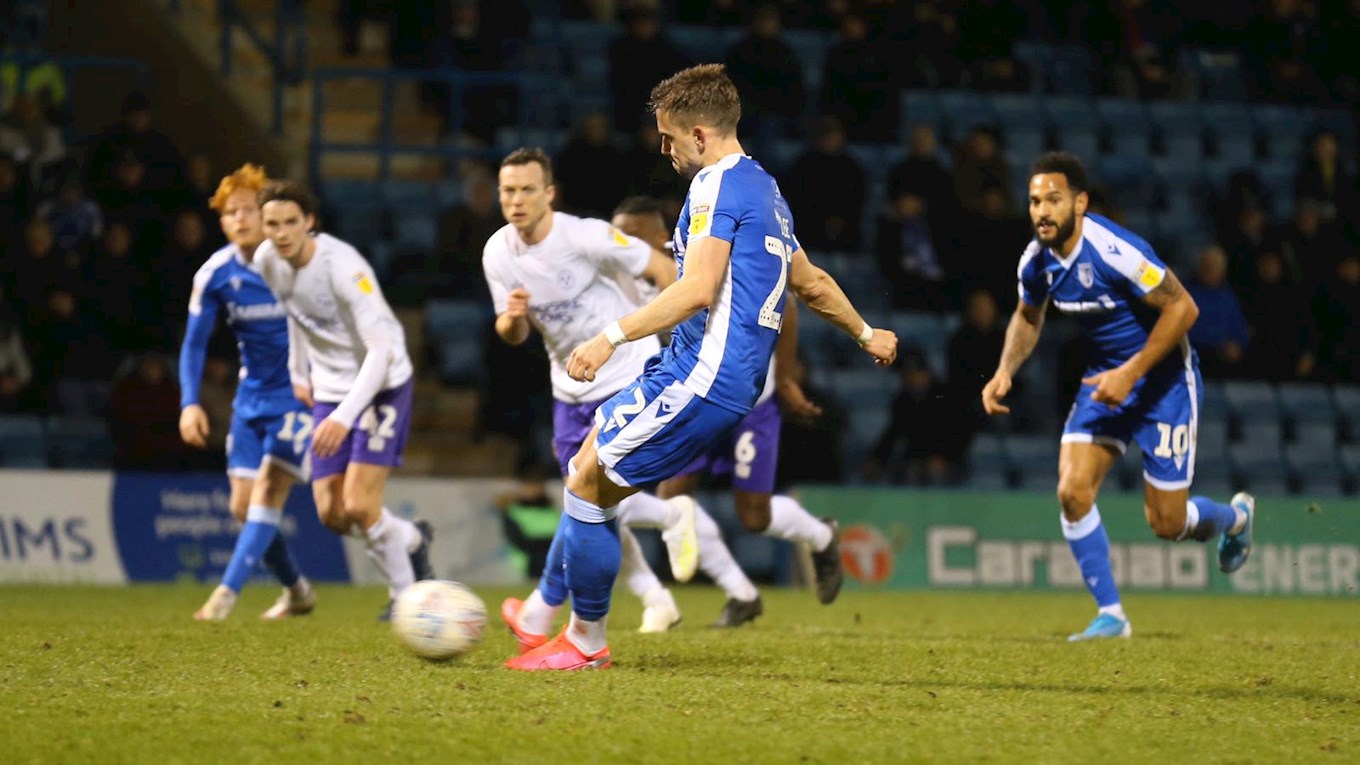 Moments later the Gills could have doubled their lead, as Ben Pringle’s corner eventually dropped Akinde’s way, but O’Leary did well to tip it over the bar. Roberts was the next man to come close, getting on the end of Lee’s cross before heading wide.

After 38 minutes, the Gills had a penalty after Akinde was bought down by Ethan Ebanks-Landell in the box. Lee stepped up, and sent O’Leary the wrong way to make it 2-0.

Gillingham made their first change at half-time, with Matty Willock coming on to replace Stuart O’Keefe.

Shrewsbury had the first chance of the second half as Callum Lang set up Josh Laurent, who curled a shot against the outside of the post. At the other end, Willock had the Gills’ first opening of the second half, making some room with some good footwork, before firing wide of the near post.

With 15 minutes to play, Pringle’s deep free-kick found Akinde, who looped a header goalwards, but just over the bar. Moments later another Pringle delivery caused havoc, this time ending with Jack Tucker seeing his shot cleared off the line. 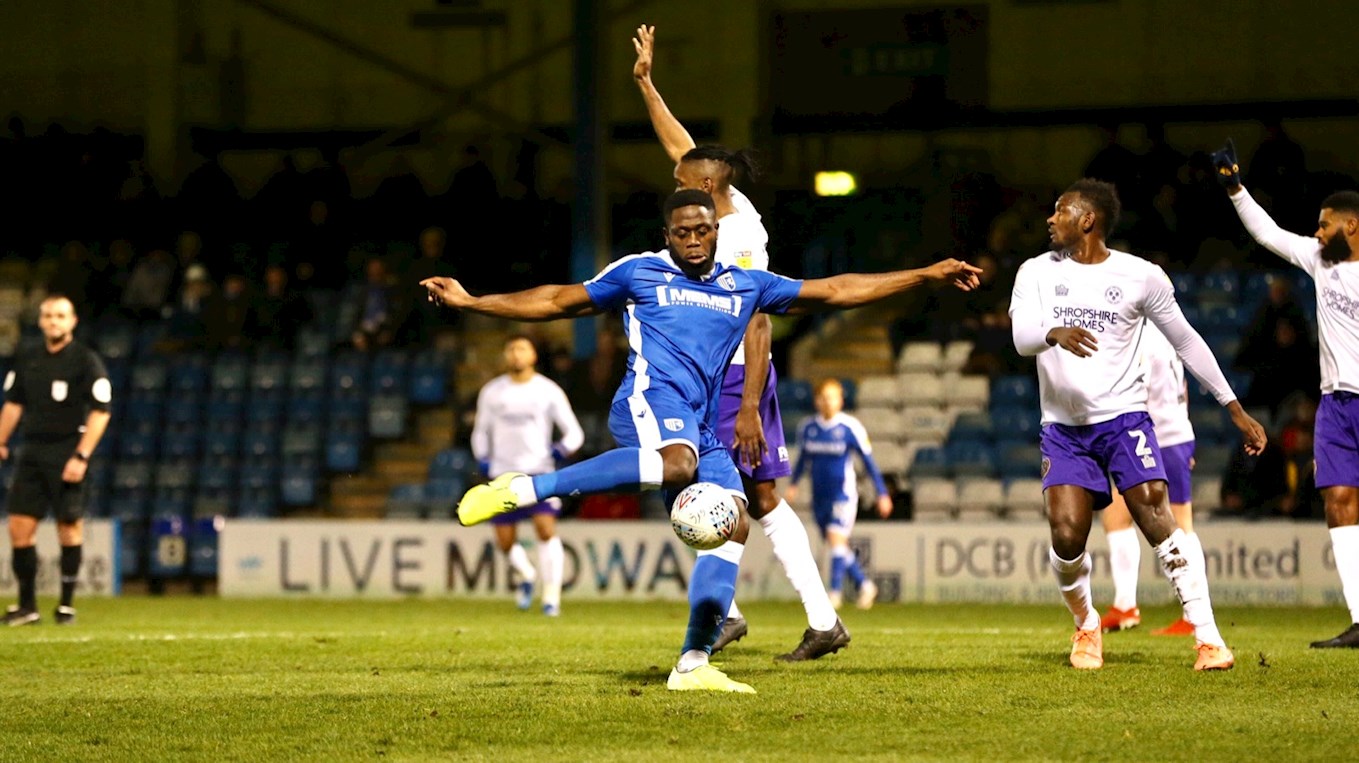 At the other end, Laurent found himself in a little bit of room in the Gills penalty area, but couldn’t control his shot, and it rolled harmlessly wide of the post. As the game approached the final five minutes, a free-kick dropped to Aaron Pierre, whose wild finish went wide of the near post.

Moments later they came close again, as Sam Hart’s cross was turned goalwards by Shaun Whalley, whose goal bound shot was cleared off the line by Max Ehmer.