The Gills Chairman is celebrating being in charge at the club for a quarter of a century.

Gillingham Football Club Chairman Paul Scally is, this month, celebrating the impressive milestone of being at the helm of the Club for 25 years.

The Sevenoaks based businessman, who has overseen the most successful period in the club’s 127-year history, is the second longest serving Owner and Chairman in English professional football, with Middlesbrough’s Steve Gibson having become Chairman of that Club the year before.

Mr Scally, who had been a Millwall fan for the previous 30 years, purchased the club on May 15th 1995, (the public announcement was finally made in June), with the business just days, possibly hours, away from being liquidated.

On completion of the purchase, which also saw the new Owner take on £1.5m of debt, the Chairman immediately set about trying to turn around the club’s fortunes both on and off the pitch, with Priestfield Stadium today bearing no resemblance to the somewhat ramshackle home of the Football Club which greeted him when he first arrived a quarter of a century ago.

The man himself will tell you that purchasing a Football Club was never on his radar, he jokes he had a calm, pressure free life in 1995, but there were moments over the years when he felt the challenges in front of him, both on and off the field, looked unachievable and beyond him.

However, in his very first season at the helm, Gillingham won promotion to the third tier of English Football at Fulham’s Craven Cottage, and by August 2000, the club were in the EFL Championship, the second tier of English football, with extensive renovation work having begun at Priestfield, with the new Gordon Road Stand being the first to open in 1997, at a cost of around £2m, the Rainham End opening in the summer of 1999, and the Medway Stand having been demolished that summer, and available to supporters the following year, at a further cost of around £14m. 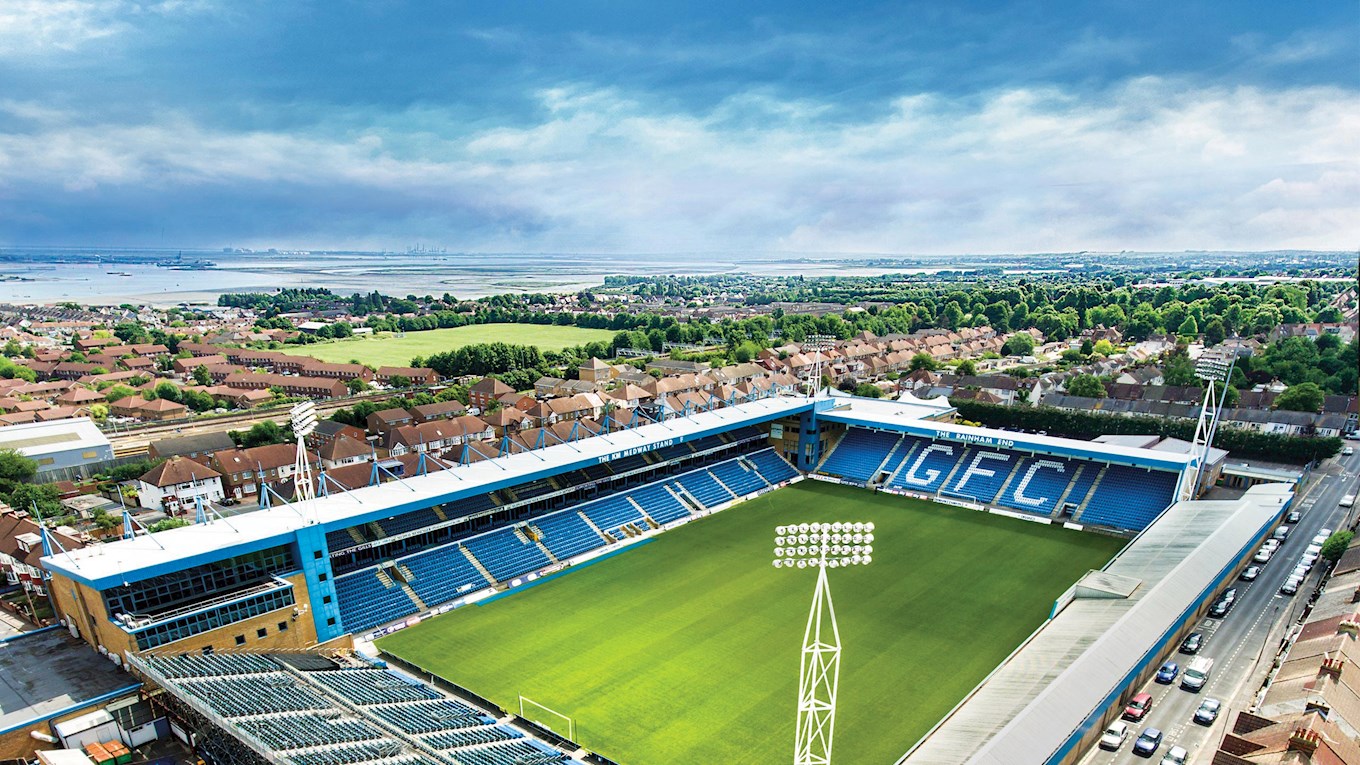 In addition, state-of-the-art conference and banqueting facilities were also included as part of the development plans, making Gillingham Football Club and its stadium a multi-faceted business, with Priestfield having now long established itself as one of the most popular venues for Banqueting, Weddings, award ceremonies, and Christmas parties, together with some very high- profile events, in Kent.

During his tenure Mr. Scally has overseen plenty of highs and lows – four promotions, three relegations, three Wembley appearances and a place in the 2000 FA Cup Quarter-Finals. Many records have been broken, however, it hasn’t always been plain sailing and following the collapse of ITV Digital in 2002/3 EFL clubs, including Gillingham, had to contend with the loss of significant contracted income which put the club at severe financial risk and was, as he will confirm himself, one of the single most challenging periods he had been required to deal with in his entire career.

Despite, what could have been a huge setback, the Chairman ensured the club’s long-term survival by taking the necessary steps to avoid administration, and it was later that season that Andy Hessenthaler guided the Gills to 11th place in the second tier, the club’s highest ever league finish.

Although a lot of success has been achieved over the last 25 years, the Chairman has made no secret of the fact that the club’s current location is not suitable in the long-term if the Club is to achieve its huge potential within the Football Pyramid and has exciting plans to relocate elsewhere in Medway on the table, with negotiations for external overseas investment ongoing.

On reaching a quite remarkable personal milestone, the Chairman said:

“Had someone told me 25 years ago that I would be Chairman of a Football Club, let alone this fantastic club for this period of time, I think I would have laughed.

“Owning a Football Club was never really an ambition of mine, despite my passion for the game, but having taken on this project, I have given it everything I have got, and will continue to do so for as long as I have air in my body.

“I am driven and inspired by the fantastic supporters that have been behind me every step of the way, by the Club sponsors that have tirelessly backed my ambitions, by the staff that have worked so hard for the club over the years, by the Legends that have graced our turf and given us so much enjoyment, and mostly by my seven children who are fed up waiting for me to achieve Premier League Football, an aim I feel is still very much achievable, not least so my children can hold their heads high when they walk the streets of Kent amongst their Premier Club supporting friends!

“There is still much work to be done, as the only professional Football Club in Kent I want to see Gillingham Football Club continue to grow, to overcome the current worldwide challenges and flourish in the years ahead.

“We have a fantastic team of individuals behind the scenes and I want to thank them all for their continued hard work and loyalty.

“I am proud, feel privileged and feel humble to be this club’s Chairman, and I look forward to the future, and indeed the next 25 years.”