Martin Peters almost went down in history as the player who scored the winning goal for England in the 1966 World Cup Final at Wembley.

However, Wolfgang Weber’s 89th minute equaliser for West Germany took the match to extra time, and Geoff Hurst completing his hat-trick with two goals in the additional half hour of our 4-2 win made him the hero and demoted Peters to the scorer of “the other goal.”

Martin was a West Ham player at the time of the Finals, having joined the club as an apprentice in 1959. He made his début in a 4-1 home win against Cardiff City, the first of three games in four days, the player keeping his place for the 3-3 draw with Arsenal on Easter Saturday and the 3-0 defeat at Cardiff two days later.

He deputised in goal for the injured Brian Rhodes at Ninian Park, in the days when there were no substitutes, and his appearance between the sticks meant that he ended up playing in every position during his Hammers career, such was his versatility. A free-kick specialist, he could pass the ball well with either foot, was good in the air and difficult to mark, due to his movement, attributes that led to him being dubbed “the complete midfielder.”

Although he played in 32 league matches for the Londoners in 1963-64, Peters took no part in the FA Cup that season, with the club winning the trophy after beating Preston North End 3-2 at Wembley. He did appear at the national stadium a year later, as part of West Ham’s European Cup Winners’ Cup Final winning team, who beat German side 1860 Munich, and, in 1966, played in both legs of the home and away League Cup Final (this changed to a one-off final at Wembley a year later), which saw West Bromwich Albion beat the Hammers 5-3 on aggregate.

Martin made his England début on 4 May 1966, in a 2-0 friendly victory against Yugoslavia at Wembley, one of three starts he made for his country in warm-up matches during the build up to the World Cup Finals. He didn’t play in the first group game but, following a disappointing 0-0 draw against Uruguay, the midfielder was drafted into the side for the next match, a 2-0 win over Mexico, and kept his place in the team for the remainder of the tournament.

He scored, twelve minutes from time, in the Final against West Germany, to put England 2-1 up.
His time at West Ham ended in March 1970, when he joined Tottenham Hotspur, with the £200,000 fee including £50,000, which was the value placed on Jimmy Greaves, who joined the Hammers from Tottenham as part of the deal. A first domestic winners’ medal followed in 1971 when Spurs beat Third Division Aston Villa 2-0 in the League Cup Final.

An all-English UEFA Cup Final against Wolverhampton Wanderers followed a year later, the Londoners winning 3-2 on aggregate, whilst there was a second League Cup Final victory in 1973, 1-0 against Norwich City and another UEFA Cup Final in 1974, which the north London outfit lost 4-2 on aggregate to Feyenoord.
Martin’s international career ended three days before the first leg of that 1974 Final, a 2-0 defeat against Scotland at Hampden Park.

It was his 67th international appearance, during which he scored 20 times, captained the side on four occasions and was booked just once, the only player to receive a caution in the 1966 World Cup Final. He played in all four of our matches during the 1970 World Cup Finals in Mexico. After we’d qualified from the group, we faced West Germany in the last eight.

Peters scored early in the second half to put England 2-0 up, but Ramsey committed a tactical error by replacing him and Bobby Charlton with Colin Bell and Norman Hunter, and the Germans won 3-2 in extra time. Martin joined Norwich, managed by his former West Ham teammate and ex-Gillingham player, John Bond, in March 1975, was voted the club’s Player of the Season in both 1976 and 1977 and was awarded the MBE for services to association football in 1978.

It was whilst he was with the Canaries that Peters made the first of his three appearances against Gillingham, in a League Cup Second Round tie at Priestfield Stadium on Tuesday 28 August 1979. City were top of the First Division, whilst the Gills were two levels lower. The game ended 1-1, with John Overton scoring for Gillingham late in the first half, before Alan Taylor, who netted both goals for West Ham in their 1975 FA Cup Final win over Fulham, equalised for the visitors.

It was a two-legged tie and Peters didn’t play in the return, which City won 4-2, with Taylor joined on the scoresheet by another former Hammer, Graham Paddon, who scored twice. Our goals came from current Newcastle manager, Steve Bruce.

Peters joined Sheffield United on 31 July 1980, as player-coach, with the intention being that he would replace Harry Haslam as manager. The Blades, like the Gills, were in the third tier in 1980-81 and Martin played in both matches between the two sides.

The first was a 2-2 draw at Priestfield at the end of October, whilst the second, at Bramall Lane on 17 January 1981, which we won 1-0, thanks to Andy Ford’s penalty winner, proved to be his last match as a player. Haslam had been too ill to attend and Peters retired from playing on the following day, after scoring 220 times in 882 appearances during his playing career, in order to take over as manager, with the club 12th in the table.

However, they won only three of their last sixteen games and were relegated to the Fourth Division, for the first and only time in their history, leading to Peters resigning. He then spent the 1982-83 campaign playing in defence for Gorleston in the Eastern Counties League. Peters moved into the insurance business in 1984, where he remained until 2001. He had a spell on the board of directors at Spurs and worked on matchdays in the hospitality suites at both White Hart Lane and Upton Park.

It was announced in 2016 that Martin had Alzheimer’s disease and he became the fifth of England’s 1966 World Cup Final winning team to lose his life (the others being Bobby Moore, Alan Ball, Ray Wilson and Gordon Banks), when he passed away, in his sleep, last December, on Saturday 21 December 2019, at the age of seventy-six.

His former West Ham teammate, Harry Redknapp, said, “Not only was Martin a fantastic footballer, he was an absolute gentleman. He was very quiet, very well-mannered, just a great person. A true legend. Martin was a down-to-earth council house boy from Dagenham who had no airs and graces. He was just one of the chaps, really. He was a special footballer in my opinion. He was a complete, all-round player. He was always there to help the younger players and he used to give me a lift to training. The closest I could get by bus to the training ground was The Fiddlers pub in Dagenham.

"It was a good mile or so walk to the training ground at Chadwell Heath. But Martin would look for me in the morning and pick me up, rain or shine, in his blue Ford Anglia.” 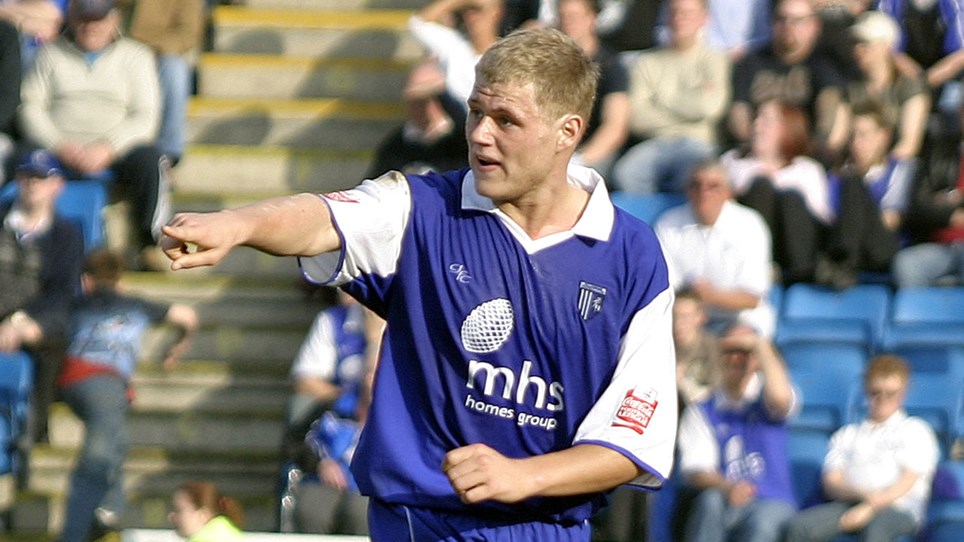 
Stoke's visit to ME7 during the 2004-05 season can now be viewed in full via YouTube and iFollow. 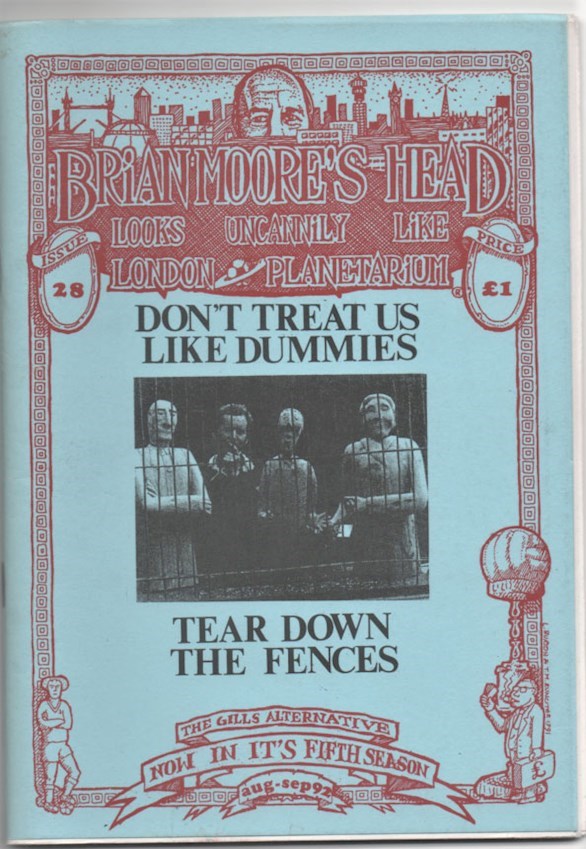 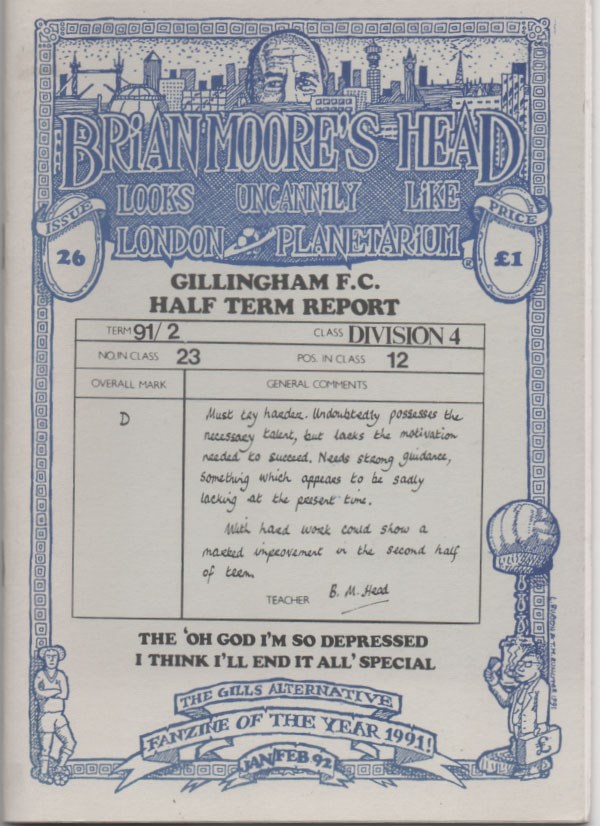 
Our fanzine series goes on... 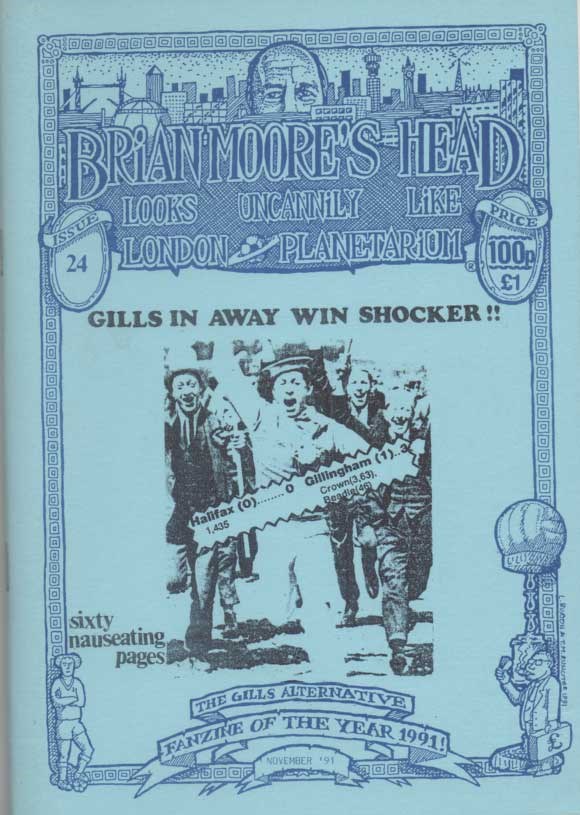