Five star display from Gills in the second half books the club a final four spot in the Kent Senior Cup.

Gillingham booked their spot in the Kent Senior Cup semi-final following an impressive second half showing in a 5-1 win at Dover Athletic on Tuesday evening.

Goals from Regan Charles-Cook, who netted twice, John Akinde, Jordan Graham and Toby Bancroft did the damage as the Gills progressed to the next round, where they will meet Whitstable Town at the Belmont Stadium.

With Craig Stone in charge of proceedings at Crabble, with Paul Raynor also in the dugout, it was Dover who took an early lead. A defensive error saw Kurtis Cumberbath pounce on a mix-up and slot low past Joe Walsh, who had no chance with the effort. 1-0.

Gillingham were quick on the attack looking for a response and nearly drew level seconds after, but Regan Charles-Cook’s effort was tipped over the bar by keeper Yusuf Mersin, who would go on to have a busy evening. 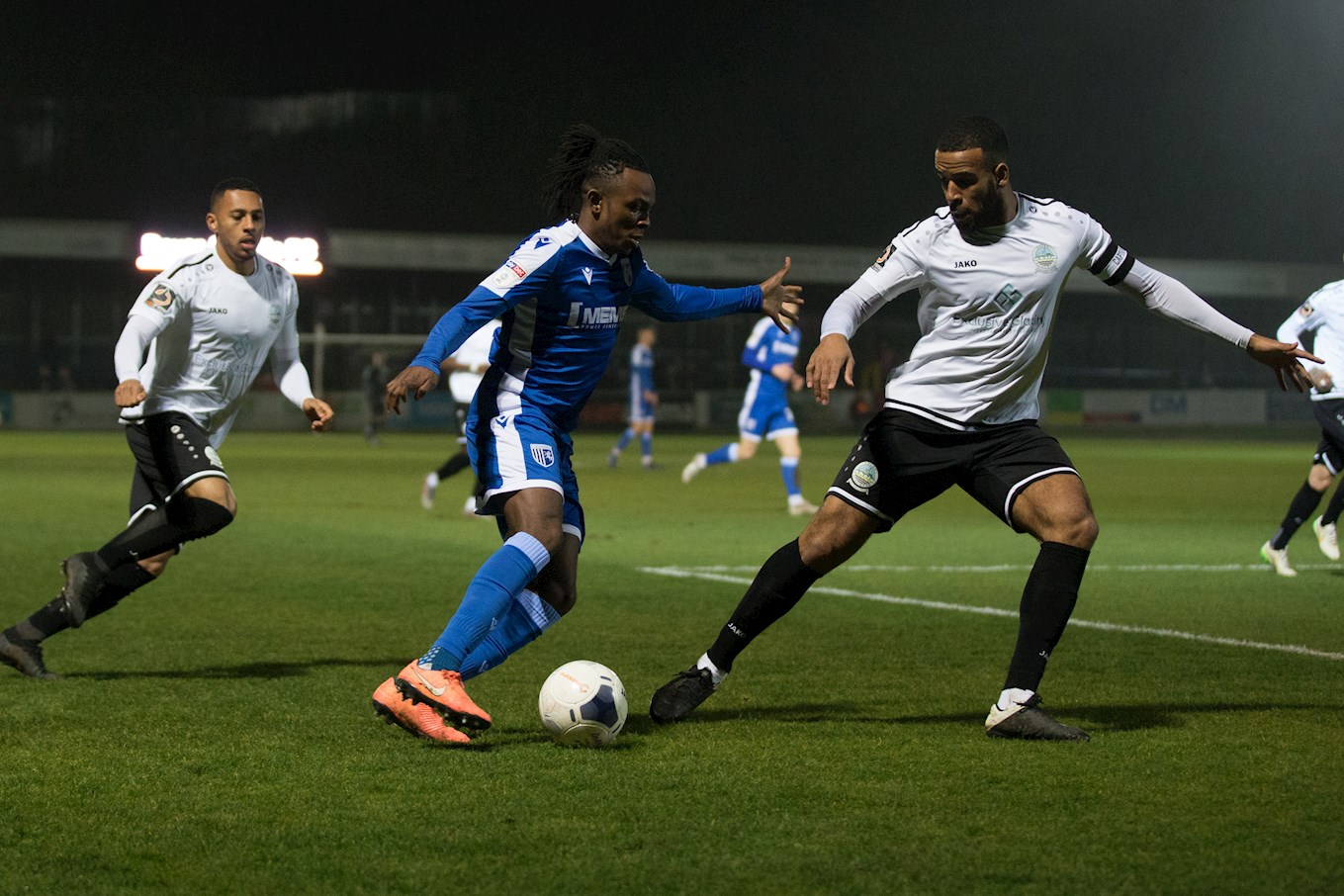 Charles-Cook was to go close again just after the half an hour mark, but after being played through one on one, his low effort was saved by Mersin, as the keeper pushed behind for a corner.

Gillingham came close to an equaliser just before the break after Ben Pringle dispossessed the Dover backline. The midfielder broke clear down the left and cut the ball back to Charles-Cook who was once again denied by a terrific stop. It was the pick of the bunch from the keeper, who had been the standout player in the opening period.

Shortly after the break, Akinde got his first sight of goal, but after powering down the left channel, shot into the side netting from a narrow angle. Dover hadn’t offered much after going ahead, but should have doubled their lead in the 53rd minute. A corner was played to the far-post and was met by the onrushing Joe Bedford, but he fired over the bar.

The miss was to prove costly for The Whites as Gillingham were to score three times in ten minutes to turn the game on its head.

The first of the goals came in the 58th minute when Gillingham drew level. Pringle regained possession on the left wing, crossed to the edge of the box where Charles-Cook took a touch and found the back of the net via a big deflection. Just rewards for Charles-Cook’s efforts. 1-1.

Just five minutes later and the Gills struck again. Charles-Cook played the ball down the right-hand channel to Jordan Graham, the midfielder drove down the wing before crossing in to John Akinde, and after a couple of ricochets, the striker turned home from inside the six-yard-box. 1-2. 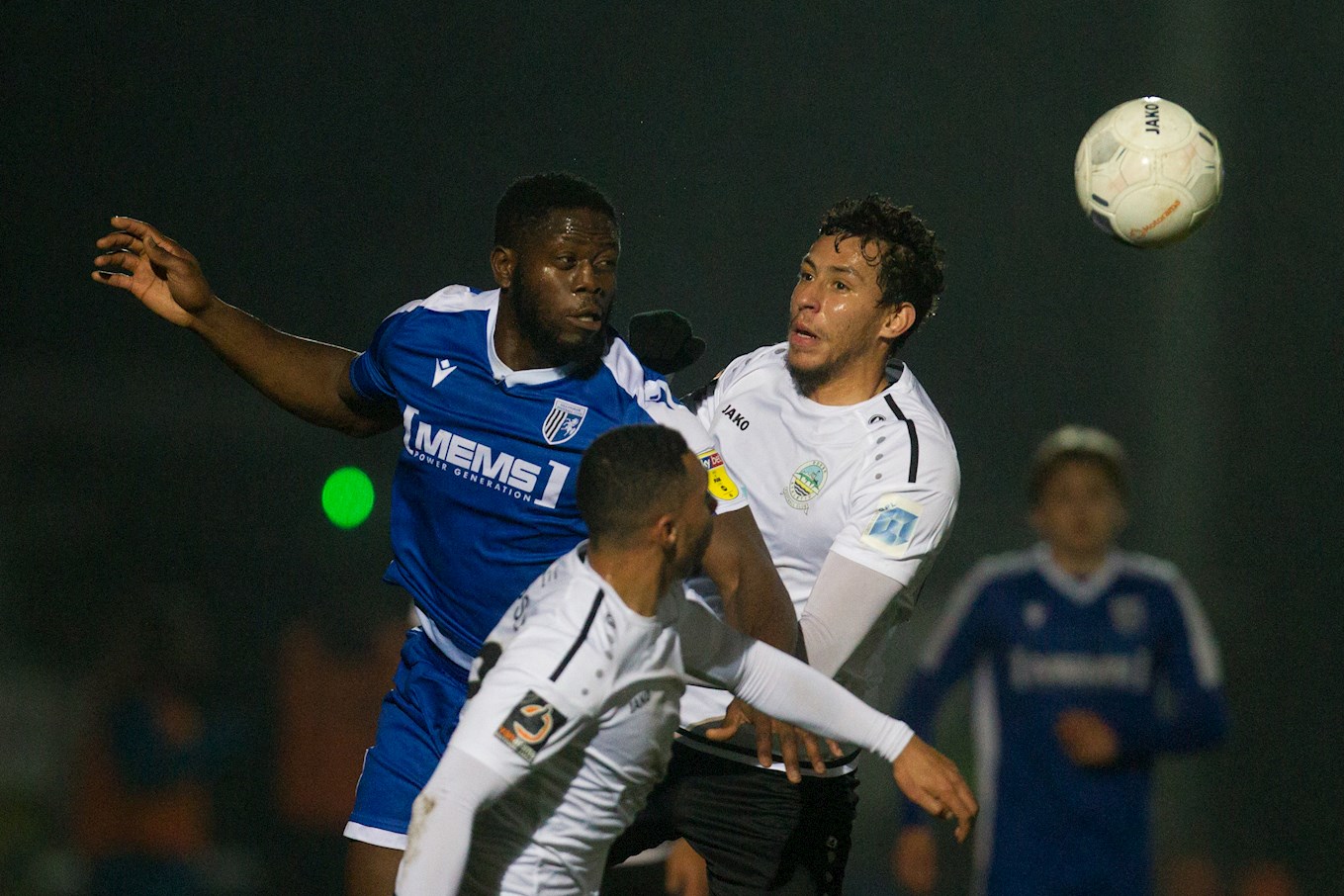 It was three in the 68th minute. Akinde and Charles-Cook once again linked up, this time down the left-hand-side, before the latter crossed for Jordan Graham, who took a touch before firing a powerful effort into the top corner from the edge of the box - a real moment of quality from the winger on loan from Wolves. 1-3.

A final flurry saw the Gills net twice to add some gloss to the scoreline. Firstly, Charles-Cook broke in behind the Dover backline following a great forward kick from Joe Walsh, which would prove to be an assist, before the midfielder superbly lobbed Walsh’s opposite number to make it 1-4. This was before Toby Bancroft, who had replaced Charles-Cook moments later, netted a fifth as he rounded the keeper and stroked into the empty net with real composure. 1-5.