Chairman Paul Scally has shown his support to fans, Matthew and Kim, following the loss of their baby girl.

The birth of a child marks a special day in the life of anyone who is, or becomes, a parent.

And it was no different for Matthew and Kim, whose child Hope Opoczynski-Booker, was born on March 13, at UCLH in London. Both were happy, proud, and elated to welcome a new member to their family. A beautiful baby girl.

However, sadly, Hope’s life was cut tragically short following a series of complicated heart problems, and five hours after her final surgical operation on April 10, doctors were unable to revive her. 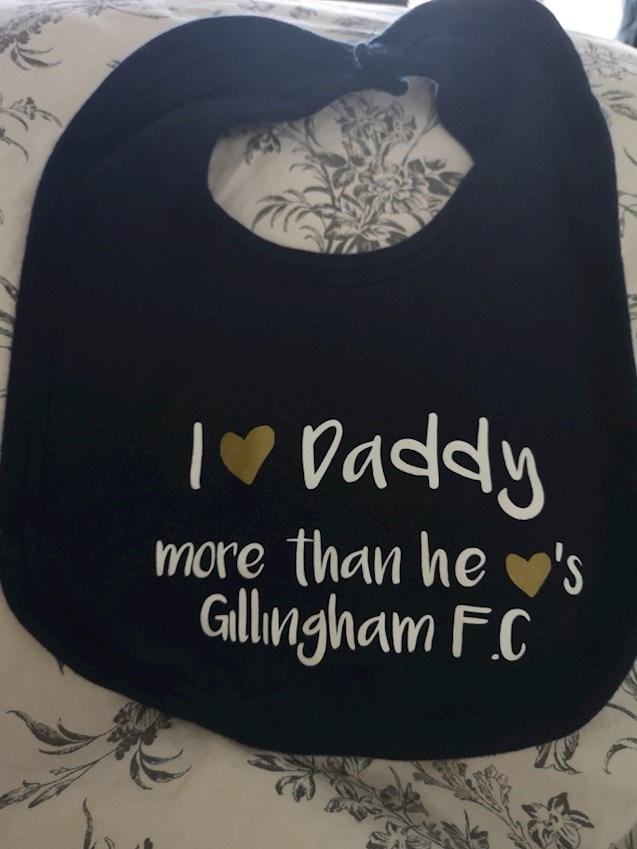 Due to the COVID-19 pandemic Matthew and Kim, for the most part, were unable to be together with their daughter during her brave battle, and only eight guests could attend her funeral on May 12.

After careful consideration, Hope’s parents have decided to raise as much money as they can for a cause which is yet to be determined, due to the fact the cause of Hope’s death remains unknown. However, close to £5,500 pounds has already been donated and Gillingham Football Club is lending its support to Matt and Kim, who have followed the club for a number of years.

After contacting Chairman Paul Scally, he replied to Matt saying:

“A truly sad story and a huge loss for yourself and your wife, made more difficult by the circumstances surrounding the current pandemic, indeed your story brings back many painful memories from when my son Elliott passed away under similar circumstances.

“Our hearts go out to you and your family, I wish you strength in the time ahead.”

We spoke to Matthew last week, who has bravely chosen to share his story in the hope of raising as much money as possible for his, and Kim’s, chosen charity.

He said: “We were really excited on her 20 week scan to find out the gender. We found out we were having a little girl and the sonographer then asked us to come back as she wasn’t in a good position to have a good look at her heart.

“We had another scan, and they told us she had a significant heart problem and referred us to specialists at Great Ormond Street the next day where they were able to make a diagnosis and tell us exactly what was wrong.

“The plan was for Kim to give birth at UCLH (University College Hospital London), Euston, and for Hope to be transferred after birth where the cardiologist would take her in their care and come up with the first stage of the planned treatment. We then got a call saying that Great Ormond Street was closed to new arrivals due to COVID-19 and at that time there was no idea of what was going to happen with us.

“We finally got a call that we would be induced on the twelfth of March at UCLH and then Hope would be transferred to the Evelina via Ambulance, as and when they could.

“Hope was born on Friday the 13th of March at UCLH. With her condition, her treatment plan was to have three surgeries. One after a couple of days, the next would have been 6-9 months and then around her second birthday. The three together are called a fontan procedure which is designed to redirect blood flow because her heart wouldn’t provide her lungs with any blood.

“Her first surgery was after a few days where they put in, what is called at BT Shunt (Blalock-Taussig). It all went pretty well; she had an infection which didn’t go away after antibiotics so she had to go back under again. They closed her up, but after that they were happy with her and were pleased with the shunt. Her levels were all pretty good and they said she’s on the road to coming home.

“Later, they did an echocardiogram just as routine to see how everything was going and they discovered that an adductor vessel, which allows blood to go to and from her lungs, closed rather aggressively (it was kept open on birth via medication) and it constricted her pulmonary artery branch which goes to her left lung, so it stopped all blood flow.

“The doctors had a meeting about it and decided the way they wanted to deal with it was with a less invasive keyhole procedure where they would put a wire through her catheter and that would go up through her blood vessels and try to force their way through the blockage and open it via a stent.

“They attempted to fix it again with open heart surgery, found the blockage, and then stitched the valve/vessel back together. We got a call from the surgeon who said he was very happy and it seemed to have gone really well and when we went to see her in intensive care it was probably the best she had looked post-op.”

Unfortunately, a little while after the operation, Hope’s condition began to deteriorate.

“Kim and I were able to have ten minutes with her together before the restriction of one parent only applied so we took it in turns,” Matthew added. “Five hours post-op I got a call from Kim saying her blood pressure had dropped and there were loads of Doctors around and that I should go up. More doctors arrived, she wasn’t responding, CPR started and they performed actual heart massage, but they couldn’t do anything.”

Everybody at Gillingham Football Club sends their condolences to Matthew, Kim and their families following this tragic news and we will be offering all the help we can to raise as much money as possible in Hope’s memory.

Please dig deep and give generously via Hope’s GoFundMePage.