The club speaks to former Manager Keith Peacock on the anniversary of Gills play-off semi-final win over Sunderland.

Former Gillingham Manager Keith Peacock says the second leg of the 1987 Play-Off Semi-Final against Sunderland at Roker Park will go down as one of the greatest games he has ever been involved with.

On This Day 33 years ago (May 17), Peacock took his talented Gills team to the North East hoping to overcome the odds and book a Final date against Swindon. The first leg had produced a fine performance at Priestfield, with Tony Cascarino’s hat-trick proving enough to take a 3-2 advantage to Roker.

Cascarino | "My greatest night at Gillingham"

However, as the 75-year-old recalls, the big money was still on Sunderland to prevail. Speaking exclusively to the club’s official website, he said:

“I was Manager at Gillingham for six-and-a-half years, but if you look at the history books, apart from one season, when Steve Bruce broke his leg, we were mainly in the top seven, and often in the top five.

“We were always in the hunt, but of course the 1986/87 campaign was the first time the play-off system was used. On this occasion the third bottom team from the division above would play against the lower of the sides in the division below [Gills finished fifth]. In our case, we were third division and they were second division.

“We had a great end to the season; we beat Bolton and Fulham and got ourselves into the play-offs to play Sunderland which was massive. I don’t think they had ever been in the third division in their history up to that point so Priestfield, for the first leg, was a full house and the atmosphere was absolutely fantastic.

“We had a great team spirit and players were in good form and looking forward to it. Sunderland were strong favourites and of course away goals counted double, which was very important. The 3-2 result in the first leg looked good, but two for them away from home was enormous.

“The shock was that we go 1-0 down, so we could have been in early trouble but Cass [Tony Cascarino] was in good form, as were so many players such as Dave Shearer, Dave Smith and Howard Pritchard. Cass got the hat-trick; the overhead kick I’ll need to see again. He wasn’t renowned for his overhead kicks! He was brave and worked hard; he was quick for a big man and centre halves automatically marked him, but he could go down the wings and put good balls in.

“We got to 3-1 at home; that period there was where we had to be thinking a two-goal cushion would be a great result. You can imagine there was a tinge of what could have been, because the goal for them really got them cheering. They might have been thinking they had enough, they were still firm favourites.”

Three days later the team headed to Roker Park, which was Sunderland’s home from 1898 until 1997, looking to cause an almighty upset.

Despite going into the tie ahead, Peacock remained adamant that Sunderland were still very much odds on to get through.

“Oh yes, they were” he added. “Naturally they were; they were a massive club who had been in the higher division. We had never been, up to that point, in the second tier.

“This was a chance for us to get into new territory, but for Sunderland pride was at stake.” 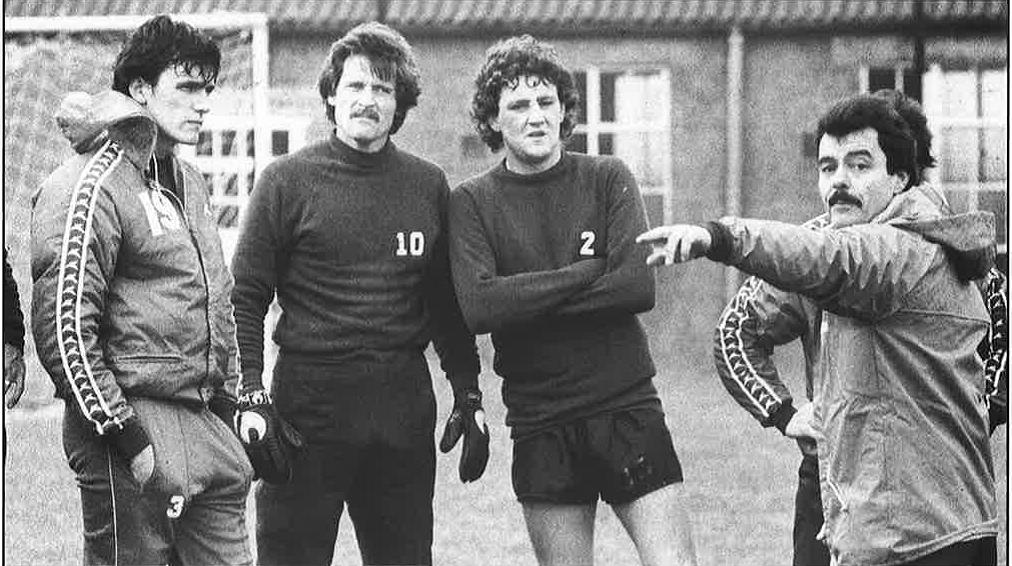 “I didn’t believe we had to change our way of playing too much because that’s what got us there; we played the same sort of way and if you put too much into players’ minds in front of 25,000 people it might have been too much to take in.

“We actually went to the beach for a warm-up, got a few balls out and got some fresh air. The confidence was good but to play in front of such a crowd would, for some players, be a bit unusual.

“They soaked up the atmosphere and that game at Sunderland, although both were terrific, the one at Roker was the only game in my history in terms of years in Football, aside from the Charlton play-off against the same team when we won 7-6 on penalties in 1998, that’s the only one I would put in front, and above, this one.

“It had everything, including 1000 Newcastle fans who came along to support us!”

Gills took an early lead, but Sunderland came storming back to tie the game up at 4-4, but two further goals from Cascarino but the tie beyond the reach of the hosts, and Peacock’s men went through on the away goals rule.

The Manager recalls being a proud man, to overcome such strong opposition in such dramatic circumstances.

He said: “As the game progressed we had to get the calculator out!

“I was a very proud man; when they got the equaliser, and it looked like they might pull it off, Bob Stokoe [the Sunderland Manager] came across, and he was actually my manager when I was coming through the system there, he shook his fist and said “That’s it,” and I did say “It’s not over yet.”

“It was a great result, we managed to pull it off and the Gillingham fans were ecstatic and, of course, they would be….and so were the Newcastle fans! It was one of those very special days and one of the most exciting games ever to be involved in.

“No sooner were you lifted the emotion goes the other way, but you become used to that as a Manager and I always tried to remain calm. Others run up and down the touchline but I tried to freeze the moment so I could consider what to do tactically.” 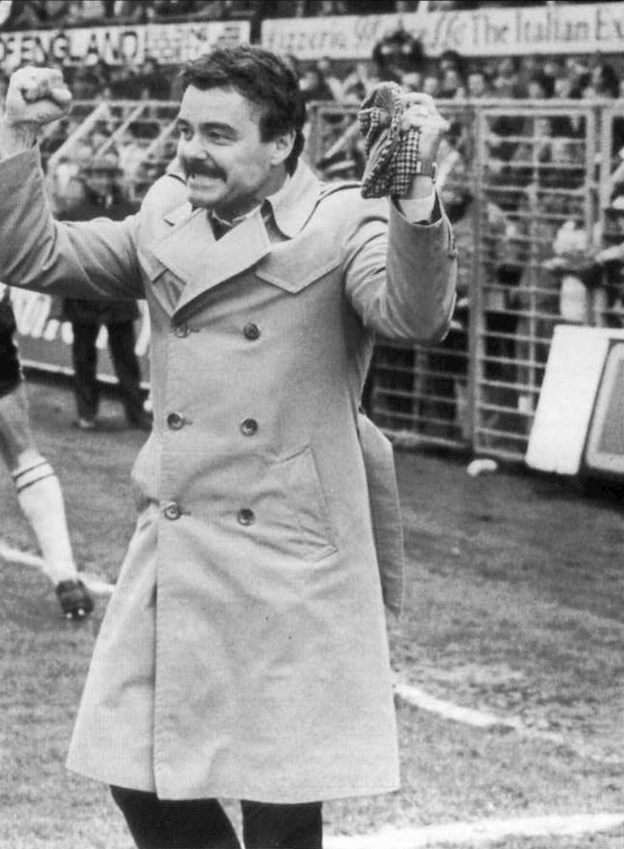