Q: What was your assessment of Saturday's performance?
A1: The lads produced an excellent performance which really should have got us all three points.
We missed big chances at key times but we will hopefully take them next time as there is no doubt the lads have the ability to do so.
A point yesterday was the least we deserved but we have moved on and all the focus is on Tuesday night.
Q: The referee awarded two penalties on the day. What were your thoughts on both?
A2: Both penalties are soft and, for once, I can understand but not exactly agree that both should be given.
I think the Charlton lad ( Bogle ) slips over but the referee did not have the angle to see that.
Q: Jack Bonham made a great save from Charlton's spot kick. People will struggle to see a better penalty save than that this season?
A3: Jack made a super save but Ian Pledger ( GK Coach ) and himself work hard on that aspect of his game.
The big fella has been in really good form and that is a carry-over from last season when he excelled.
Q: In terms of defensive shape, organisation and discipline, besides the goal, how pleased were you?
A4: Most of our game yesterday was good.
Kyle Dempsey was again outstanding and ably helped by Robbie McKenzie and young Scott Robertson, who himself was just back from injury.
We passed the ball well, created overloads multiple times and the summary is conclusive, we should have won!
Q: You mention Robbie McKenzie who had another strong game in central midfield. Did you foresee him playing in that role when you signed him?
A5: When I signed Robbie I foresaw that he could play there but we had to get the kid fitter and give him the knowledge of what we expect in that role. He seems to be improving as every game goes by, and he deserves real credit.
Q: You certainly have a few more options available now; how important will it be over the next six or seven weeks to utilise everyone available to minimise injury over the festive period?
A6: We have the smallest numbers of any squad in the EFL, and the youngest, so every one of those lads are vital to the cause.
I think we are playing every Saturday and midweek to what seems forever, but don’t be kidded, players love playing.
My job is to ensure we identify fatigue and form lapses immediately as every point is crucial.
We have a major advantage in being young, the advantages are obvious and scientific.
Q: Tommy O'Connor was missing yesterday. You explained why in your pre-match interview but for those who didn't see it, is he likely to sit out a game or two?
A7: Yes Tommy will miss a few, and largely because the Republic of Ireland U21’s played him despite him declaring he felt a twinge in his hamstring the day before. Let me be very clear, it was a disgraceful decision to play him and an explanation has been sought!
Q: Games are coming thick and fast now. In terms of performance, will you ask the boys for the same again Tuesday?
A8: The same level of performance is the requirement and this time taking our chances will be needed.
We will look at all the lads in training, the opposition match reports in detail, and pick a team to win the match.

Every match in any league is tough and Tuesday will be no different so we will again need to be at our best.

Ogilvie | "It's all coming together"


Connor Ogilvie believes the team is moving in the right direction.

Raynor | "We were a constant threat"

Raynor | "The players are ready to go"


Gills Assistant Manager says the players are refreshed and ready to do battle against Charlton at ME7. 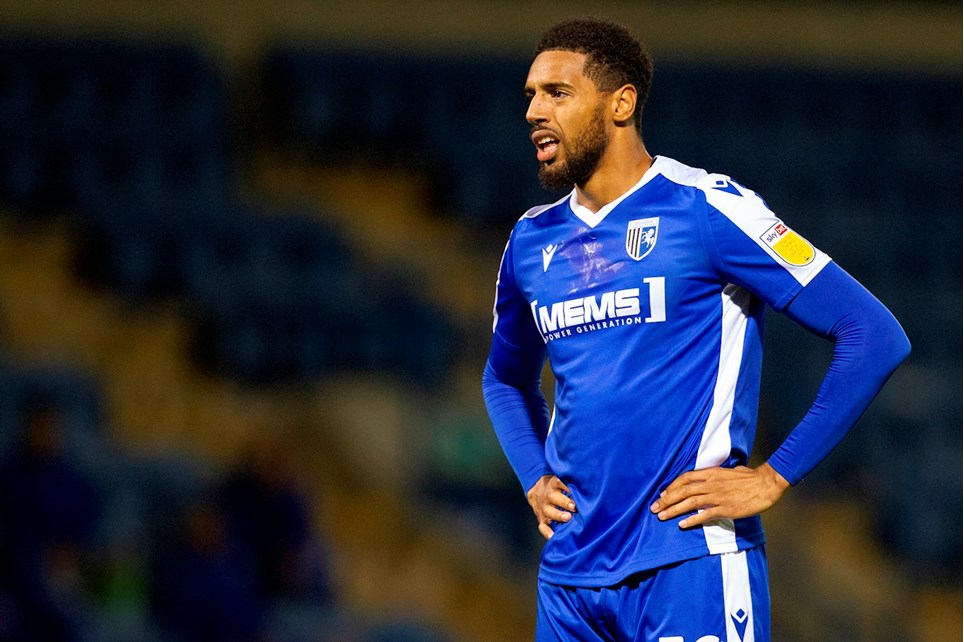 Oliver | "You have to have self-belief"


Vadaine Oliver says the squad is raring to go as Gills prepare  to welcome promotion hopefuls Charlton to ME7.