Declan Drysdale and Josh Eccles could return for Tuesday's game at Crewe.

Alex MacDonald will miss out as he begins his three-game suspension following his red card at the weekend against Sunderland, and Joe Lumley is likely to keep his place in goal with this game coming too soon for Jack Bonham who suffered concussion during last week's game at Ipswich.

Trae Coyle could come in to the XI with MacDonald suspended. Ryan Jackson, Kyle Dempsey and Vadaine Oliver should be available to start having come through Saturday’s game against Sunderland with no issues.

Crewe will be without youngster Josh Lundstram as he recovers from a fractured ankle, whilst former Gills striker Mikael Mandron looks set to start against his former club.

Ryan Wintle and Omar Beckles will remain out of Tuesday’s game as they recover from COVID-19, whilst Crewe manager David Artell confirmed  that two more players have contracted the virus and will self-isolate for two weeks.

Steve Evans - “The only option is to work hard and fight. I have never lost four or five games in my career, so what do you do?

“You get in the trenches.... lift the group and we go again. That’s the plan. Have a look at personnel and go on to Crewe, and they’re a very decent side.”

David Artell - “It was annoying not to get anything from Saturday because I felt we deserved the three points, but it is important not to get too high when you win and too low when you lose.

“There is no point beating yourself up about it. You have to move on quickly and we have Gillingham.

“We can reflect on the Ipswich performance, and go through what we did well and not so well but we have to move on. There is no point still thinking about Ipswich today."

The last meeting between the two sides came in March 2016 at the MEMS Priestfield Stadium. The game ended 3-0, and current Gills striker Dominic Samuel was on the score sheet that day, with the late Justin Edinburgh in charge.

The last time Gillingham won at the Alexandra Stadium came in their last game there. Rory Donnelly’s 90th minute winner secured all three points in a 1-0 win in October 2015.

The Alex lead the head-to-head with 22 to wins in comparison to the Gills' 19 victories.

There have been eight draws in the fixture.

All UK subscribers can watch Tuesday evening's game for a one-off fee of £10! Click the below image to purchase your match pass. 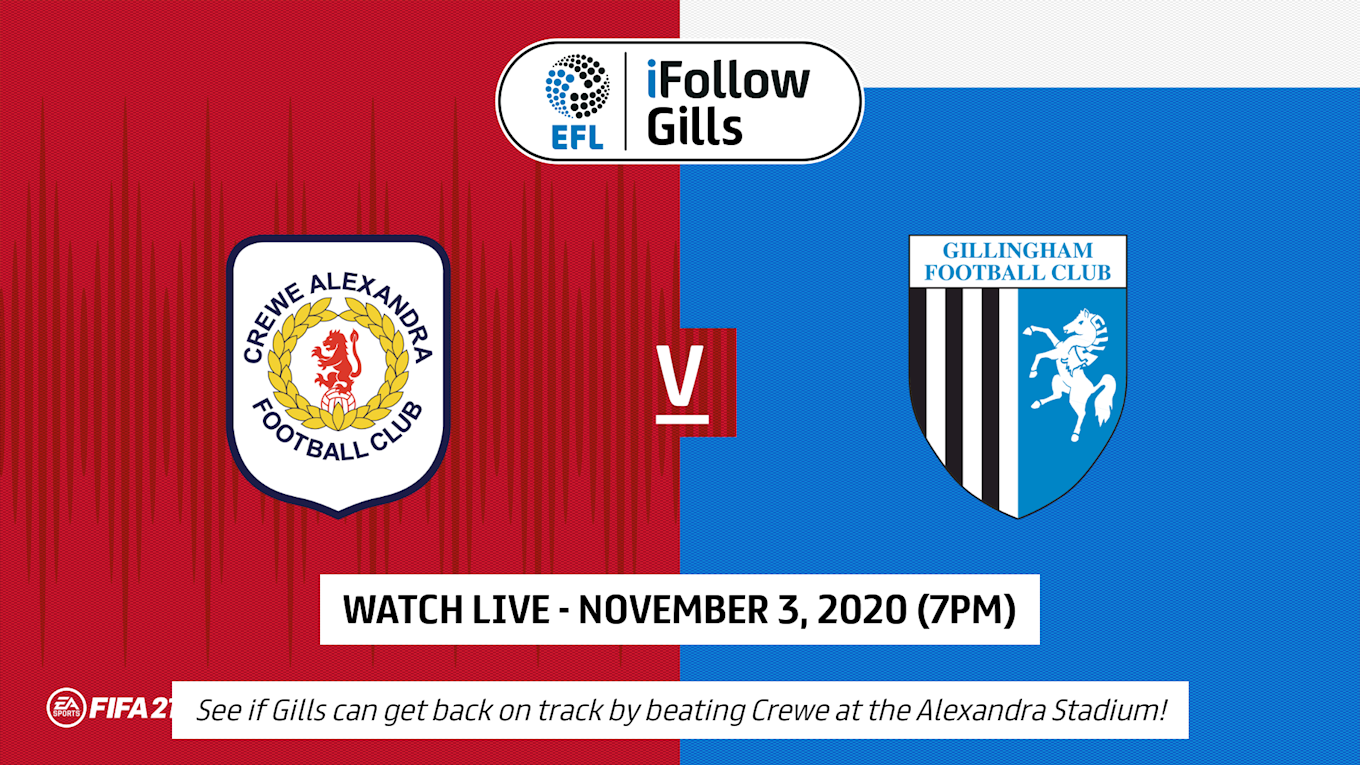