Gillingham produced an excellent performance to overcome a strong Oxford side 3-1 at MEMS Priestfield Stadium on Saturday afternoon.

Vadaine Oliver and Jacob Mellis scored within a few minutes of each other during the first-half, and although Daniel Agyei pulled one back shortly after the interval, the visitors failed to make their possession count and Jordan Graham sealed the points with an excellent right footed finish following some fine wing play from skipper Ryan Jackson.

Oxford had several chances to draw level at 2-2 but, having not taken them, the Gills defence dug deep, put bodies on the line and made consistent blocks to frustrate the visitors, while also proving clinical at the other end.

Gaffer Steve Evans made a number of changes to the side that lost to Ipswich in the EFL Trophy midweek, but just one from the team that drew 1-1 with Shrewsbury Town last Saturday. Declan Drysdale came in for Tom O’Connor who is currently away on international duty.

The early exchanges were fairly even, although Oxford appeared to have more controlled possession but half chances were created at either end. Drysdale had a shot blocked inside the penalty area before Agyei also saw an effort thunder against an opposition player, with Josh Eccles getting back to perform heroic defensive duties.

Gills progressively grew into the game and scored twice in the space of just a few minutes.

Firstly, Jordan Graham found space on the left wing to deliver a peach of a cross to the far post, and Vadaine Oliver pulled off his man to find a yard of space before burying a header beyond Simon Eastwood, with the ball coming back off the inside of the post before crossing the line.

And it was 2-0 shortly after. Mellis had snatched possession as Oxford looked to build from the back; his initial shot was well blocked but the ball came back to him and this time he planted an excellent shot across the goalkeeper and into the bottom corner from 20 yards.

Oxford responded well and as the rest of the half unfolded Gills started to defend deeper and deeper and were indebted to Jack Bonham who had a terrific afternoon in goal. First, he made an excellent left handed save to deny Cameron Brannagan who, moments later, had the simple task of tapping home from just a few yards but failed to make the required connection.

Matty Taylor was next to have a go for the Yellows, inside the box he powered a left footed shot towards goal and, with Bonham’s body weight going to his left side, he stuck out his right foot and made a crucial block.

Moments later the Gills number one had to spread himself to brilliantly block a shot from Josh Ruffels when the left back looked certain to score. The effort came off the hand of the keeper before Connor Ogilvie did equally well to stop the ball crossing the line.

Oxford pulled a goal back within the first few minutes of the second half. A defensive slip allowed Agyei to get a foot between himself and Jack Bonham, and the ball rolled across the line with Ogilvie not able to get back in time to clear.

Naturally, this gave the visitors a lift and Gillingham had to be at their best in defence to prevent an equaliser, which very nearly came before the hour mark when Sam Long’s effort inside the 18-yard box was very well blocked once more.

However Oxford remained vulnerable to the counter attack and Eastwood produced an excellent save to deny Josh Eccles who saw his shot palmed away for a corner. The Coventry loanee had a second bite of the cherry following the delivery but sent his effort over.

On 65 minutes Karl Robinson’s men thought they had drawn level. Anthony Forde, whose deliveries had caused issues all afternoon, put in a fine ball towards the edge of the six yard box and Taylor had the goal at his mercy. However, he headed into the ground before the ball bounced over the bar with Gills breathing a sigh of relief in the process.

With the visitors in the ascendency, or seemingly so, Gills used their attacking prowess to their advantage and produced a goal of real quality. Jackson scampered down the right wing and was able to pull the ball back from the byline; Graham made a great connection with his right foot and drove a shot beyond Eastwood from 12 yards, and he had absolutely no chance.

Oxford continued to play in the same manner and were close to making it 3-2 with half chances from Ruffels and Moore gathered by Bonham.

James Henry went within inches of setting up a grandstand finish when his turn and shot from 18 yards went inches wide of the far post, before Dominic Samuel had a golden opportunity to wrap up the points. He drove forward, beating a man in the process, got himself into shooting range and decided to go himself rather than find Oliver to his left. Although he got plenty of power on the shot, it lacked accuracy and went wide.

Oxford huffed and puffed in the closing stages but simply couldn’t find a way back into the game, with Gills celebrating a job well done at the whistle. 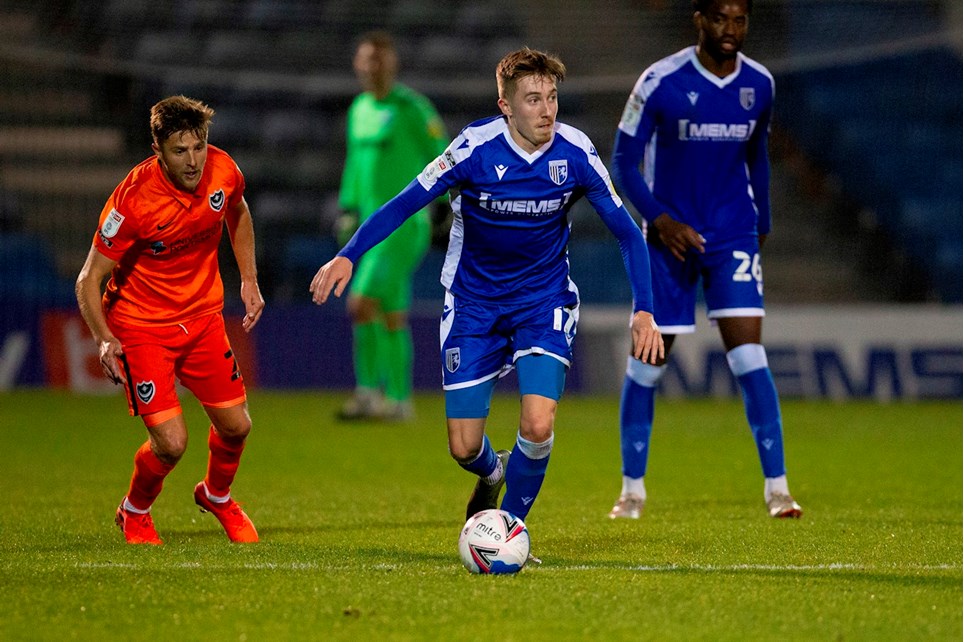 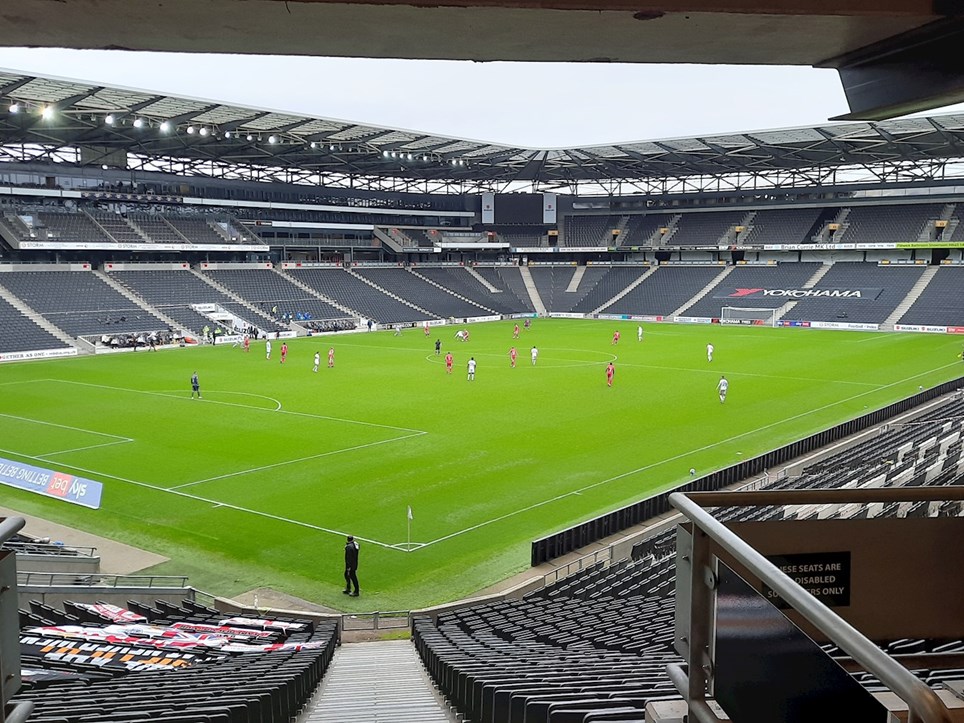