Gills boss Steve Evans says the 1-0 victory over Southend United in the Carabao Cup gives his players a platform to build on as the start of the league campaign draws near.

Connor Ogilvie’s first-half header at MEMS Priestfield Stadium was enough to send the hosts through to the next round of the competition, despite playing the last half an hour with ten men as Ryan Jackson was dismissed for a second bookable offence. 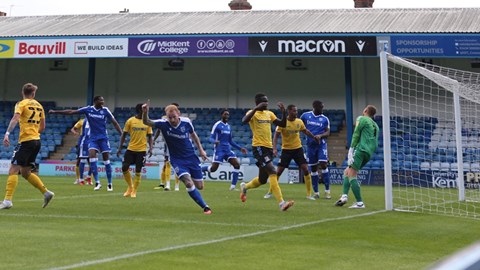 The Gaffer was proud of the defensive solidity shown, but feels the group still needs strengthening.

He said: “I think we showed a gritty determination that every team needs, and a base on which to build on. In terms of quality we are still some way away. We have seen some good things and not so good things.

“I think it was a poor start, and then for 20-25 minutes we bossed it and arguably should score two or three. In the second half we started slightly the better team. Jacko [Ryan Jackson] then gets sent off; I have no complaints with the second yellow, the referee has got that right, but the first one is a mystery. He waves play on, the fourth official brings it back and he gets booked – that’s strange.

“I then watch a Southend player completely smash Stuart O’Keefe, already on a yellow, and nothing happens.

“Determination alone, and willingness to work hard, got us through in the cup and that was the objective. For 20 minutes, when we went to ten men, we’ve seen the John Akinde we signed. He became a focal point, a real presence.

“I think today demonstrates we need to strengthen the group, we are going to have to do it. The Brandon Hanlan issue needs to be resolved.

“We have some people we are talking to; we need four new players and that will take the group to 20 which is a sensible number.” 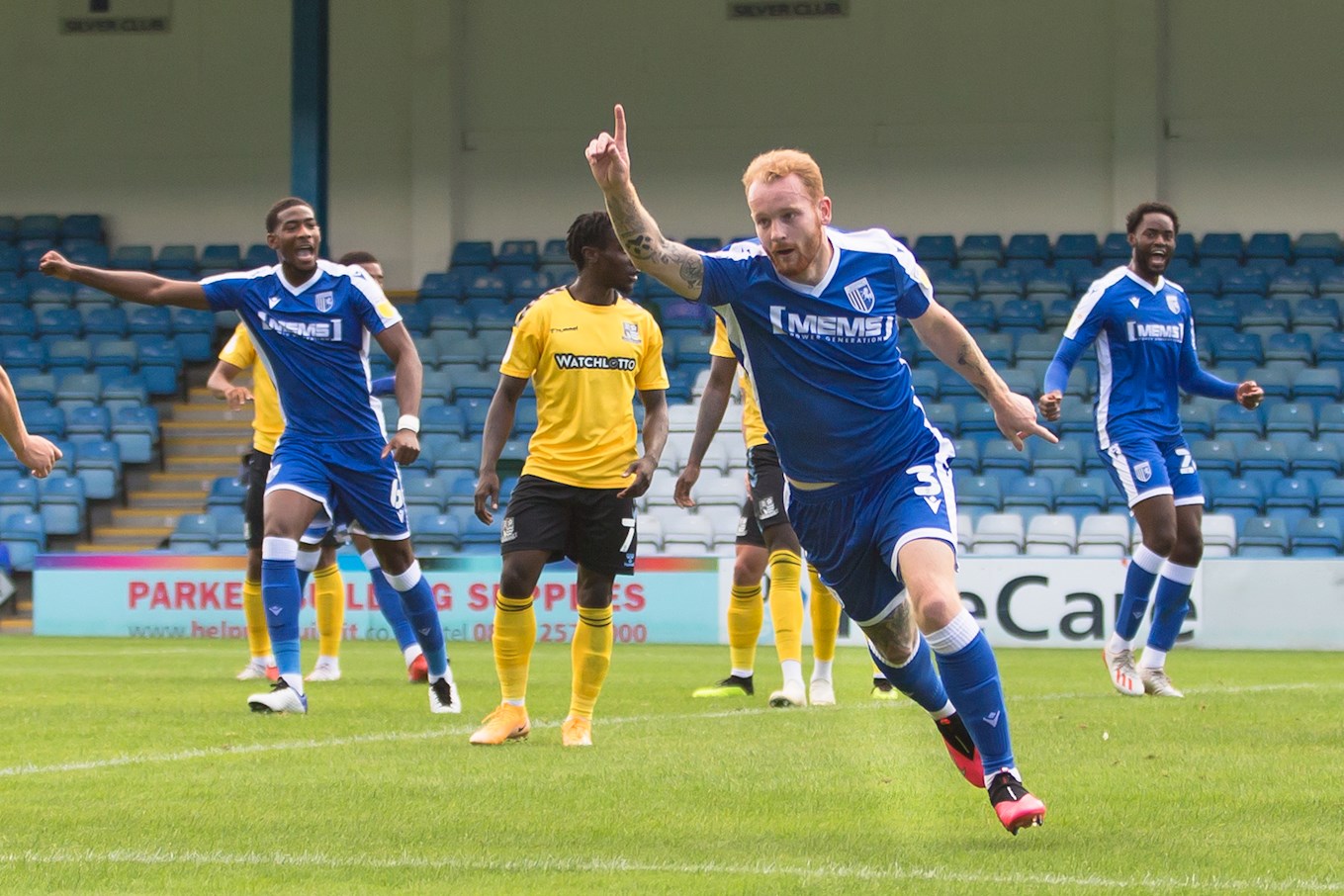 Ogilvie netted his first of the season following a Kyle Dempsey corner-kick, and the manager praised last season’s `Player of the Year` for his efforts.

He added: “Connor is a wonderful player, he has a big season ahead of him and he knows that. He’s worked incredibly hard; I think all the boys have and they deserve enormous credit. We have got through; we were outstanding last season against Newport and went out.

“He is sharp, and levels above. The biggest compliment I could give him is that he could play for any team in the Championship, but he’s not. He will have a big season for us.”