Gills return to competitive league action for the first time since March when Hull City visit MEMS Priestfield Stadium for the opening fixture of the 2020/21 season.

Half a year has slowly ticked by since the Gills last league fixture, 197 days to be exact on Saturday, and Steve Evans has been counting down each one for the return of competitive football.

The Gills will kick-off their 2020/21 Sky Bet League 1 season against Hull City at MEMS Priestfield Stadium on Saturday, and the Gaffer is looking forward to it despite fans not being able to attend. 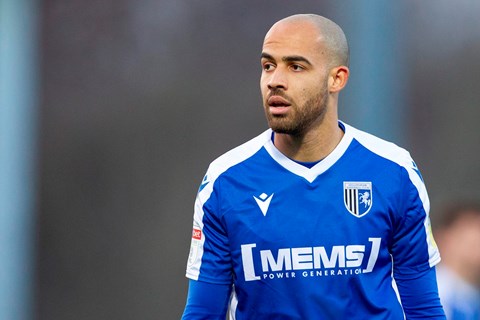 He said: “I’m pleased that this Saturday afternoon I won’t be in the garden. It’s not about being in the supermarket. My only disappointment is that our supporters can’t be with us.

“Everyone will be excited because it’s been a long time since we’ve played competitive football.

“No supporters allowed in stadiums will make a big difference. I think there will be inconsistent results across the leagues.

“Some players have lost that pressure of the spectators. Some players won’t get that extra half a yard, that buzz they get from those fans in the ground.

“We want our players to go out and work as hard as spectators demand. If they do that, we can ask no more.”

Evans is convinced that this is the most impressive group of clubs in the division’s history, calling it “the toughest League One I can remember.”

After adding new faces to the team, he is also convinced that the Gills will be able to hold their own with the heavyweights.

“We like to improve every year,” he added. “We finished tenth last season, but I personally think we would have finished eighth.

“We have lost a lot of players. But we have worked on a strategy involving younger players and players with potential.

“They have come here to express themselves and develop. The loans that we have got are highly regarded by their managers and coaches at their parent clubs.

“It’s only potential and they’ve come here to learn their trade. They need to do enough to get selected.”

Evans describes Hull, relegated from the Championship last year, as a “significantly talented” group of players, who are still of Championship ability.

The Gills boss added: “We know the quality Grant McCann is bringing on his team coach.

“The relegated teams have an advantage because they were playing football up until July. We have to find a way to overcome that advantage.”

“He’s a lovely kid,” remarked Evans. “What an outstanding young man he is.

“He has a fantastic attitude and we only have good things to say about him.”

He also reserved praise for previous Gills striker Tom Eaves, although sadly he looks to be out of this fixture with an injury.

“I’m sure everyone around the stadium would have made him feel welcome," the boss concluded.