Gills new centre-back believes once the squad begin to gel, there will be no stopping them.

Christian Maghoma says the squad will look forward to testing themselves against a strong Coventry side on Tuesday evening.

Gills will take on the Sky Blues at MEMS Priestfield Stadium for a place in the third round of the Carabao Cup, and the centre-back is confident the team will bounce back following the weekend’s defeat to Hull. 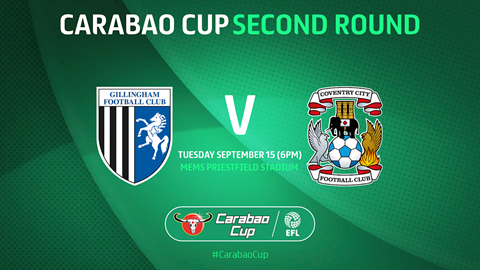 He said: “We are looking forward to this game against Coventry. We want to go out and win every game. We are a positive group and there’s a lot to come from this team. We’ve got a lot of good players.”

The twenty-two-year-old, who began his career at Tottenham Hotspur, emphasised the importance of using every game as an opportunity to learn about new team-mates.

“Partnerships in football are important,” he added. “It takes time to come together.

“The more our defensive line plays together, the more we improve that partnership. That goes throughout the team.

“It takes five or six games to get that understanding, that sixth sense. Where’s he going to head it? What space is he going to run into? That will come the more we play together.

“There’s no time to be sad or beat yourself up. We want to beat Coventry and then go and beat Wigan in the league.

“We are ready to bounce back and kick on.”

Tuesday's game against Coventry can be streamed LIVE on iFollow with match commentary from BBC Radio Kent. Kick-Off is at 6pm.