The two new recruits scored their first goals for the club either side of half-time to put Steve Evans’ men in the ascendancy before a late goal from Nathan Ferguson made it a nervy finish in the first group game of this season’s competition.

Gillingham made a number of changes from Saturday’s win over Southend United with Jack Tucker, Jordan Graham, Jacob Mellis, Matty Willock, Henry Woods and Trae Coyle all starting for the first time this season. Ryan Jackson was given the captaincy with Kyle Dempsey rested.

The Gills started on the front foot and had the first chance of note in the game. Some very neat footwork from Mellis saw the midfielder play in Coyle who had broken the defensive line, but the on-loan Arsenal attacker saw his effort saved by Tom McGill before a follow up effort from the other Gunners loanee, Zech Medley, was flashed across the face of goal.

However, Gills’ bright start nearly turned pear-shaped just moments later as a Crawley Town counter attack saw the visitors strike the crossbar. A break away down the right-side left Ricardo German unmarked in the area, but the forward saw his effort rifle back off the woodwork and into the grateful arms of Jack Bonham.

Having had to defend with ten men for the last half an hour on Saturday afternoon, it was Steve Evans’ side who were doing the pressing in the opening exchanges at the MEMS Priestfield Stadium as both Mellis and Graham tried their luck from distance, however neither effort really tested the Crawley stopper.

Gills were certainly being expansive in their play, and it was that positivity that was giving Crawley some opportunities on the break. The best of those fell the way of Ashley Nadesan but his effort was superbly blocked by Jack Tucker.

After the visitors’ best spell in the game, Gillingham took the lead in the 40th minute. Trae Coyle and Jacob Mellis played a delightful give and go with each other and the forward calmly slotted past the Crawley keeper to give Gillingham their second successive half-time lead. 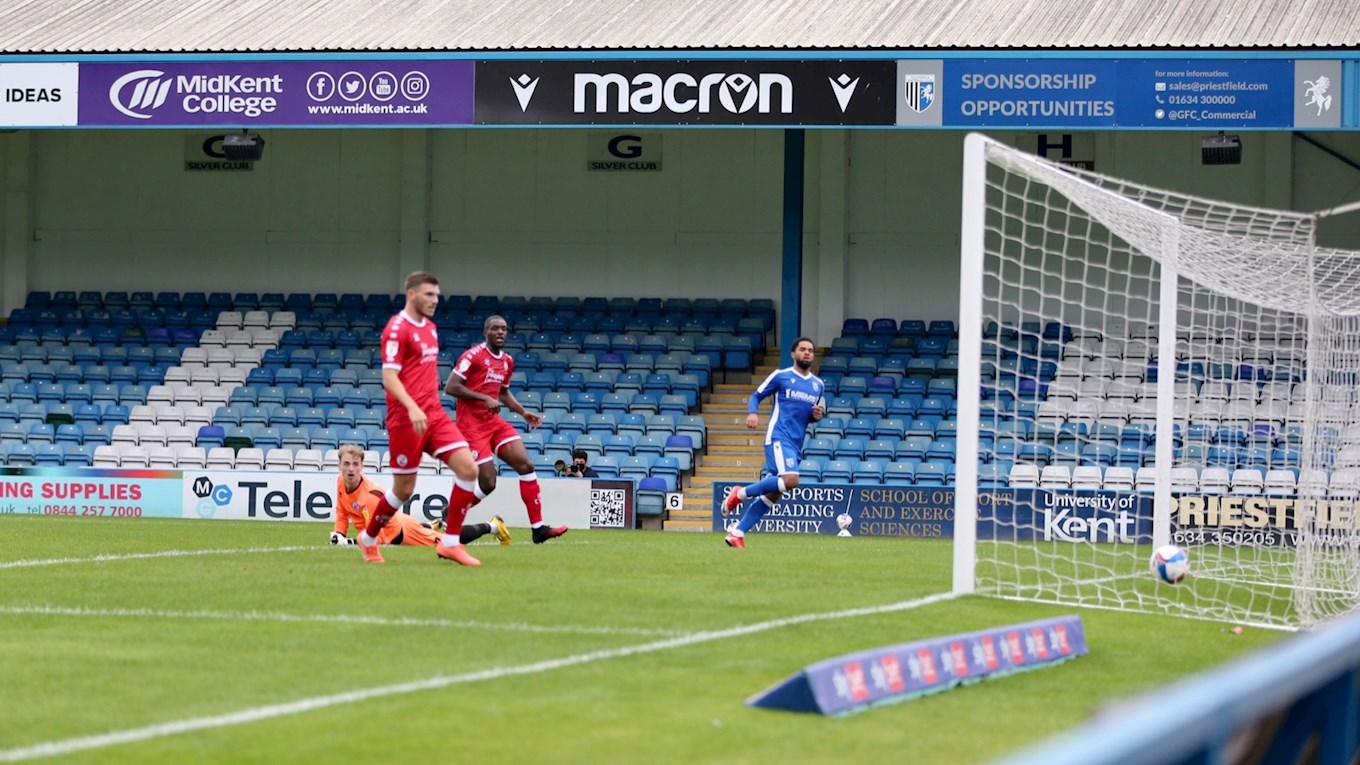 Gills changed their front man at the break with Vadaine Oliver replacing John Akinde and it didn’t take the sub long to make his mark as he headed home his first goal in Gills colours in the 52nd minute. Jordan Graham beat his man on the right side, as he had done all evening, and delivered to the far post where Oliver arrived and powered home his header. 2-0. 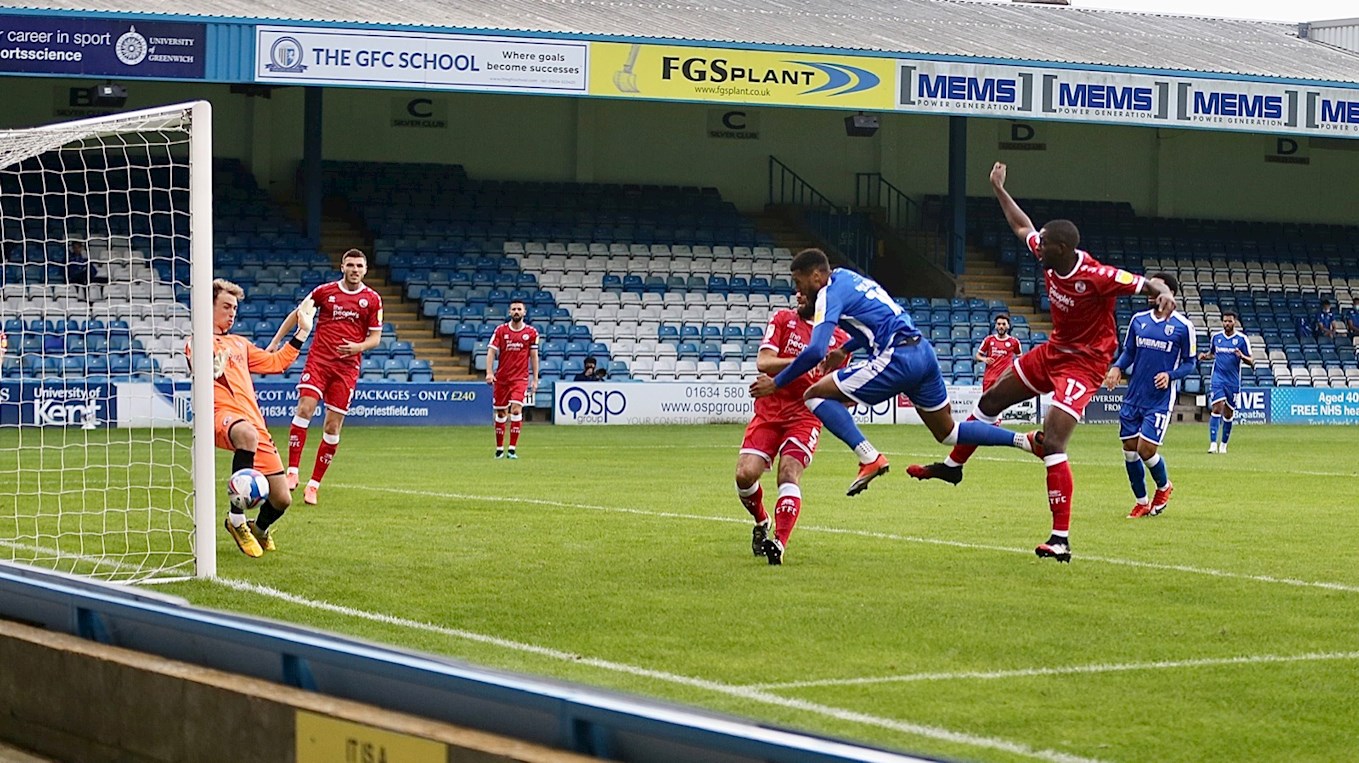 The second goal gave Gillingham a safety cushion, which was needed, as Crawley came on strong. Tyler Frost was introduced for the visitors and the forward really should have halved the deficit straight away but his header from five yards went past the post.

Jordan Tunnicliffe was the next man left with his head in his hands as Frost, again involved in the action, crossed to the far post and the attacker headed over the bar. German also headed wide as a number of chances were wasted by Crawley in the space of a few minutes.

After a number of near misses, Crawley did get the goal which their efforts deserved in the 78th minute. Nathan Ferguson received the ball on the edge of the box after a cutback and had an easy finish to pull the Red Devils back into the game. Jack Bonham had no chance with that one. 2-1.

The goal gave the away side the impetus in the tie and they very nearly drew level a few minutes later but a last-ditch block from Connor Ogilvie denied the Crawley attacker when he looked destined to score.

It was certainly a bit backs-to the wall for the final fifteen minutes, but the young Gills backline stood firm to see the victory through. Up next, the first League One game in six months on Saturday with Hull City visiting Kent.